Luigi and the Final Year

The overworld could be better and have animations when you complete a level.
The level design is cool, no checkpoints but they are shorts which is good for me

Mechanical koopa 2020-01-16 01:46:39 AM Link
However, It should be noted that the items in the game are pretty much one-off. I liked the doors of unknown, but was there a point to them other than challenge? same with the switch palaces, they pretty much changed one level. I liked how you added red coins (and I collected all red AND yoshi coins, to boot... not to mention every exit...) and the several items throughout the game, but they often felt... underused (except for the ufo, i was [slightly] glat that was a one-off gimmick). I can say that the graphics are nice, but there was no new enemies (other than reskins) and the red coins added a light challenge, but they were not very rewarding to collect. I like the level design, but it got repetitive later as they became very linear. The keyholes became painful to use as they tended to be late in the level, which made me go through the level multiple times, often collecting the dragon coins twice. The stallions had one or two typos in the old english style and there were a few graphical bugs here-and-there. All in all, I would say that this suffers a similar problem to Big boo's revenge, and that mod was pretty medium in quality. Good job on the mod, and I would like to see more mods from yopu in the future.

Mechanical koopa 2020-01-15 08:09:33 AM Link
If Tails Adventures was a badge of honor for a sonic\metroid-style crossover, than Luigi and the Final Year is a Mario\Tails Adventures crossover. I like that the game has a fairly steep difficulty curve (for a mod curve, that is. Then again I have played many mods with little-to-no difficulty curve, and yes this includes Kaizo and pit, which have [suprisingly] no difficulty curve because they are impossible for humans already [except for kaizo light, which are obnoxious to play for humans normally, but are possible]) I like that the mod takes some inspiration from some metroidvania games (like the one already mentioned) like with the number of tools luigi has (they cannot be used in levels that do not have these items naturally, however. That is due to the tools and the emulators, though, and cannot be easily fixed.) I like that the graphics are mario & luigi, superstar saga-esqe, and did I hear lavender town tower in door to unknown 1? wow. I would say easily 5\5, as this mod is worth trying! 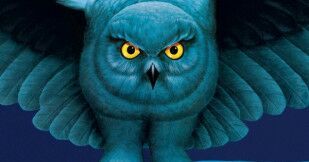 BlissXP From older version: Luigi and the Final Year 2017-07-01 01:37:18 PM Link
Nice hack! It has some pretty good music and the level design is overall great, I can't wait for the full version!

i loved this rom hack

As I said before though, I'd still focus on making some of those levels just a little longer.