Hi! I'm Donát! But most people know me by the lot easier to say and write name of "Donut".
I've always been fascinated with video games, well.. yes I enjoyed playing them, but my favorite part about them was figuring out how they worked, and if I could, edit them, change them to my liking. Of course, I wanted to make my own at one point, but that was too difficult for me.. so, I started looking at other ways of creating games.. Minecraft command block creations, contraptions and games using triggers in Geometry Dash. At one point I was even hacking SMB1 and NSMBU! But at last, at around 2017, I ended up sticking with SMW hacking. It was just the right mix of freedom and limitations for me to comfortably work with. I was always just using the resources I found on the site, and not really even attempting to make my own stuff (apart from graphics), but then one day, I decided to dive into this thing called "65816 assembly". I was doing some simple stuff on my own, but then OLDC'21 came around, and I decided to join. I liked the idea of not having to make any graphics or code or anything for it, so I figured it would be a nice way to start getting into contests. I decided to join the Discord server, for one reason, which was asking questions, since I was new to all of this, and I wanted to know how contests work. After OLDC'21 ended, OWDC'21 rolled around.. I stayed for it, because I enjoyed making overworlds, and I got some encouragement from my new-found friend, who I met during OLDC, Marcozzo Daro, after showing him one of my overworlds I did for fun. After joining the Discord server, it was really easy for me to just ask the users there about anything ASM related. During the contest I was really pushing my limits.. trying my hand at things I've never done before, and looking back at it, I did some pretty cool stuff. During OWDC'21 I've met a lot of people who are still to this day really good friends of mine. I've also met  Segment1Zone2 (who's still one of my bestest friends) during the contest. With him, I went on to also join the first ever QLDC, under which I was once again pushing my limits, and I think we ended up making something genuinely awesome. During OWDC and QLDC I made a lot of friends on the Discord server, so I ended up staying... and even today, I'm a very active user there.
A lot lot happened since then, and I think I've improved a ton. I'm doing things that I couldn't even imagine doing back then in 2017, when I first started. Background modes, HDMA, custom sprites! Oh lord!
I've truly come a long way from my humble beginnings, and the only people I can really thank is the awesome users of this site who've helped me a ton along my journey. This was Donut, thank you for listening to my story. Have a great day!
ROM Hacking Contests 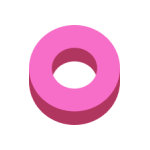