Beat
Hunter's Third Processor
and head back to Molten Frost where you will see the
first pipe that is colored dark blue and two coins above it. The cutscene at the end of the boss fight from said processor hints you as much with what you need to do with that.

Retrospectre 2019-12-23 08:40:18 PM Link
Nice game, I streamed it the other day and it got a lot of good feedback. The only enemy I didn't much care for was the crazy flying enemy that starts appearing in level 2. He drove me batty! Otherwise guys, this mod is an amazing make for a classic game.

CCoolant 2019-02-20 10:51:48 AM Link
Way too difficult/unfair. Pretty much just going to echo some of the other comments here: needs more checkpoints/powerups/save points, less annoying enemies.

Just one thing that really boggles me: You clearly put endless hours into developing and create this, why making it so damn difficult? It keeps people from playing your game.

Later into the game you have to clear 3 sections until you hit a midway point and getting there takes an amount of consistentce in skill most people do not have and are forced to use save states.

The difficulty often gets insane when custom enemies like these butterflies are involved. This gets worse in these neon levels with those squares and bubbles as spawn out of nowhere and move way to fast(green square thingy).

At some levels in scorpion synth, I even had to use Debug Cheat mode in order to progress which were: Nightmare Garden (got soft locked because flower walls not being removed correctly), Neon Levels due to annoyance, Rock Levels to get a clue for the secret exit.

The difficulty also often spikes because no Powerups are placed at some mid way points. It forces people to go to previous levels to farm flowers before the next attempt.


The hack is wonderful, but please fix this damn difficulty

ragequit the hack, not enjoyable for me (i hate overpowered costum sprites), but the first world was really good.

Maybe i'm just too bad to dogde, whatever.


You made my fucking months of waiting!New precious hack by my favourite THE DEVIOUS FOUR CHRONICLES!I will try it as soon as I can,and i wish you keep up the good work! 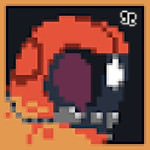 The first thing i look to to determine whether i play a hack or not is the overworld, and that one screenshot of the OW got me to download it. Frustrated with the current hack i'm playing, will put that on pause for this. Will update.


(Wait, i JUST noticed the 107 exits thing, holy shit, i love hacks with a lot of exits, this is great)

There are lots of good aspects: first of all, the impressive work with the graphics, which is by far one of the best I've seen in a hack. There are also lots of gimmicks I haven't ever seen before; I don't want to spoil them here, so you better check them out, they're very neat!
It has its bad aspects as well though, like claustrophobic design, which is way too much abused in the late levels, and like the shelless blue koopas kicking shells that you keep putting everywhere. It's hard here to not spoil everything, but let's just say that the way you designed the late levels kinda made the hack not enjoyable anymore. Some puzzles in particular felt like I had to randomly try pipe/door exits until I found the good path. It's kind of ala ghost house, except that at this rate everything gets just too confusing to handle, since there are way too many doors and pipes, and you end up not knowing where to go.
Again, that's just my opinion. I'm assuming hardcore players are going to love this, so don't take my words as official way to improve your hack in design or something.

As for bugs, I took more screens than usual here. Since I'm bored to list them here, I'll just leave a link to them here in case you want to check them out; refer to the .txt for the details. Note that it's spoiler warning content: if you look forward playing the hack, then you better enjoy the hack yourself first.

Despite the big number of bugs, the hack is fully functional, extremly enjoyable for the most part, and thus, acceptable.
Unsure about the featured status, I'd probably need the opinion of atleast another mod before doing anything. Regardless, good job on it!

EDIT: The author PMd me a new version which fixes most of the small issues pointed. Download it again if you already did (as in, this is the update of 08/12).

EddyCartoon 2016-07-21 02:49:59 PM Link
Hands down the best hack in the Devious Four Chronicles. No question about it. If you're a Super Mario World fan & you like custom hacks, then this is the perfect game for you. Has just about everything you'll want in a new Mario game & then some. The only thing that's missing in this game is an auto save feature, which can be easily fixed by inserting the auto save patch onto the game.