Von Fahrenheit 2020-03-31 07:43:21 PM Link
I quite like this hack. It has a lot of creativity, which is by far its strongest point. The music selection is also very good, with Mario's Big Score being the only stinker for me. Aesthetically the hack is a bit hit-and-miss. Mario himself looks great outside of his walk/run cycle, which is really stuttery. The levels mostly look good, with, again, the only real exception being Mario's Big Score and the part of the final level that uses the same graphics (why are there giant turds everywhere?). The hack seems to have some sort of aversion to using layer 3, which I find strange. Most of the levels would look better with a simple layer 3 added, but I believe none of them do. Adding a layer 3 is a very small commitment, so I imagine this was done as a design decision. I don't think it was a good one, however.

But the reason anyone would play this hack isn't the music or aesthetics; it's the gimmicks and the level design that follows. Overall the gimmicks were very good. My favorite was THE WORLD the time stop ability, which was used really well with the platforms you have to stop in midair. This one also had the best hidden mushroom coins. The gimmick on Know Your Rights worked really well and made for a level that you want to replay until you are able to get all the mushroom coins. I like this kind of setup that challenges you to master the mechanic to get the coins. The reprise of this gimmick in the final level was awful, however. When forced to run you have to either just try a bunch of times until you memorize the level or spam crouch to lose speed. This would work if the camera was placed further ahead, but unfortunately it falls flat.

The worst gimmick by far (the only bad one, really) is the "clone" ability. I really don't want to call it a clone since it's really just a bob-omb, it doesn't even seem to animte correctly but it's hard to tell with Mario's weird walk animation. What shocks me about this level is that you decided to map the bomb ability to Y, rather than R like the other levels that give you unique abilities do. This makes it so that you can't start running, because you'll run into your own clone which kills you for some reason. I imagine you realized this, because the bomb spawns pretty far away from you, but it still limits your mobility and is overall obnoxious.

All the other gimmicks are good in my opinion. Not outstanding, but good. The mushroom coins are the second large part of the hack, since they unlock the second half of the final level. I would say that there are two types of mushroom coins: challenge coins (that you can easily see but not easily get to) and hidden coins (that you can't easily find). I applaude you for how well you have placed all 30 of these coins (especially the last one, you clever son of a bitch!), it's not something I see hacks do very often. Special shoutout to the coin castle and first autorunner level, those coins were fantastic.

I really wish the overworld would tell you the level names and how many coins you have collected on each one. I forgot both of these things several times trying to get all of them and I really don't understand why you removed this feature since even the original SMW had it (well, level names at least).

I like how short this hack is, because I feel like no idea overstayed its welcome. It was an enjoyable experience and I see why it's rated so highly. Personally I don't feel like I can rate it 5/5 because I feel like it's held back by its lack of technical ambition (no level names on OW, invisible water on the water gimmick levels, janky bomb clones, no use of layer 3, to name a few examples) and the few stinkers in terms of level design. For such a short hack I believe you have to place the bar higher, because a higher level is that much more attainable. With a few adjustments this could get a perfect score, but as is I rate it 4/5. It's a really good hack and I highly recommend it!

I've been using a base overworld by Azurik since Hack 2, and I've been using 1 or 2 of its submaps for each hack. This is why you'll see an entire custom overworld in Hack 4, and you'll see the same thing in Hack 2 and Hack 3. Doesn't have any other significance. Unused submaps may be used for future Hack hacks, though.

one thing im curious about tho... lunar magic showed me quite the overworld, will this be turned into a bigger hack? i'd love to see that! Level designs are clever and let the player adapt to the new challenge that lies ahead of them in the level.

The collectibles are well hidden so completionists will have a good time finding them all.

Overall the gameplay and aesthetics of this hack come together to make a short and sweet experience that does not overstay its welcome and feels refreshing compared to other hacks.

I would recommend this to any level of SMW Player if they are looking for a small hack to play.

aside this, looks fun, i only watched hack 3 on youtube and it looks fun either. maybe i'm try this soon.

Static 2017-08-08 11:03:33 PM Link
Fantastic as always! Really fun and incredibly creative. One complaint I'd have is that in the level where you can jump in midair, sometimes the B button won't press even if there's more jumps left. I don't know if there's anything you can do about that, though. This was a blast to play through and (whenever it may come) I can't wait for Hack 5! 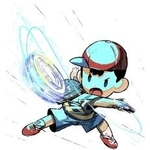 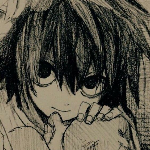 Galactic Spear From older version: Hack 4 2017-07-21 09:08:26 PM Link
Although it is a short Hack, I had a lot of fun playing, all the levels have their own mechanics with a fair difficulty, the only problem I found is that the game doesn't show the amount of Mushroom Coins it has achieved in each stage, needing to check all the levels to see if any coins were missing in it. Otherwise, an excellent hack. Erik From older version: Hack 4 2017-07-21 03:19:55 AM Link
What a ride this hack was! While I find the lack of a story a bit of a letdown compared to Hack 3, this also helps the author focus more in the core element if this saga: enjoyable level design with an unique gimmick each level. Every gimmick present is exploited to its maximum potential, and all of the levels are fun to play. No unfair segments; though I have to say some of the mushroom coins are hidden in dumb spots that you can only find by luck. Regardless of this, I enjoyed searching for every single one of them. The difficulty is well balanced as well; as I said there are no unfair spots, and the difficulty curve makes sense. I had a lot of fun playing this, and I would reccommend to anyone.