Metballs 2020-12-06 01:55:13 AM Link
For a hack that was created in 2006, this honestly wasn't that bad. It does suffer with some issues with backtracking with p switches and invisible coin block building sections. Some levels are pretty bland and not so interesting but at least it's fair. Some of the very long levels near the end such as
Bowser's Castle, Bowser's Base, and 7th castle
has multiple checkpoints thankfully because it saves your keys that you obtain. So glad that you don't have to deal with redoing 25+ minutes of a level but they are still difficult. I think the only long level that might be a little bit unreasonable is
Dark Depths
since it's around 20 minutes long with only 1 checkpoint. I think my favorite level is
Bowser's Base
despite being incredibly long and brutal, but it's probably the most memorable level in my opinion.

Overall, decent hack for 2006 standards. However, I wouldn't really recommend this hack nowadays since it does gets outweighed by newer standards in modern hacks.

Holy Shinx 2020-11-05 11:01:37 AM Link
pretty good hack, sadly some levels are 20 minutes long without checkpoints, and the hack gets outclassed in new standards 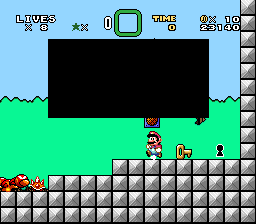 Originally posted by Pokemon Hacker
Where the hell can I find a dam Yoshi ??
Thats just really annoying

MegaSonic1999 2020-08-05 12:03:48 AM Link
The hack is great so far, but it would be better if it was remastered. If you could please do a remastering of the 2 episodes of super Mario infinty, it would be nice. Also, use Seperated luigi graphics for player 2 if you do. And also new music. If you have time of course.

MegaSonic1999 2020-07-22 08:43:59 AM Link
Your hack is good, but I have a complaint about it, but nothing bad, you could've used the seperated luigi graphics for player 2, and also, you could've changed the music, to make it look like a remastered hack. Same thing for the 2nd episode.

Arash 2019-05-15 02:38:59 PM Link
It's a rather okay hack all things considered. Too much item babysitting and too many invisible coin bridges for my liking however. 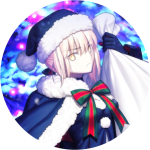 In resume, this hack lacks empathy towards the player, has too many levels that overstay their welcome (I'm esp. looking at you, levels with locked doors), feels repetitive both design and aesthetics-wise and somehow feels poorly tested and polished due to constant difficulty spikes, specific design issues, badly placed secret exits, and also the fact that Bandaged Island can't even be beaten due to a silly block mistake: used some other blocks instead of the teleport ones. This could've been easily noticed and fixed if the hack was actually decently tested.

Aesthetically, this hack is... well, ugly. Not only it clashes a lot (too many overly simplish GFX along with too many overly realistic ones) and has eye-searing palettes, but the color choices were awful too. I was constantly seeing GFX that would actually look decent if they weren't using vanilla and/or weird custom palettes. There were also times that the FG lacked contrast with the BG.

Most part of the music consisted of crappy old ports (it IS a 2006~2008 hack after all). They're all cringeworthy to listen to, but I'll cut some slack here since the porting department was awfully weak back then.

One thing that I found being actually nice was the OW's tile arrangement: I could see some thought and effort put on level placement. Unfortunately, the OW's overall graphical design and paletting aren't among the best.

Some level-specific issues (again, adding to those Wakana mentioned):
- Bowser's Secret: I don't really know how to enter the pipe to get to the natives without getting hurt by the munchers (timed hurt blocks). Actually, these munchers were a constant nuisance in every level they were used. They're too fast paced and their hitboxes are too player-unfriendly.
- Bandaged Island: why forcing death to exit the level, when you could've used a side exit? Putting a 1-UP mushroom is NOT a good excuse, as the player will still lose powerups.

Overall a hack with too many flaws to be actually enjoyed. The worst part is that it has a whopping 113 exits (not counting Bandaged Island for obvious reasons). I definitely don't recommend this one.

MercuryPenny From older version: Super Mario Infinity: Mystery of the Magic Wand 2015-08-07 02:28:02 PM Link
in other words people who like super demo world will love this one!!!!

Wakana From older version: Super Mario Infinity: Mystery of the Magic Wand 2015-08-05 08:49:33 AM Link
This isn't something you have fun with. This is an instrument for tortures. I'm dropping it, since I have no clue about some of the secret exits. I can't peek in rom, since it's protected and Recover Lunar Magic won't unlock it. I'm still going to briefly review it.

This hack has everything bad you could do with a rom basically: broken sections, unfair segments, annoying item babysitting, infinite backtracking, incredibly huge levels with no midway points, frustrating parts, eye-soaring palettes and clashy graphics. It's those kind of hacks you don't forget, but not because it's incredibly good, but because of the total opposite. I particularly got annoyed by the puzzle levels, since they ALL imply the same silly trick to be solved (aka make a bridge with blocks, pick P-Switch, press, clear section and repeat).

Some relevant issues I found in the 2/3 of hack I managed to play:
-Music breaks accurate emulators;
-"ocean outback 3 crashes emulator if you go offscreen in first sublevel;
-"merry meadows 3" has an empty message box;
-in "dark dephts" you can get stuck in a part of the water level.

Dropped. I'm very sorry, I tried very hard and got very depressed over this. Hopefully, you'll be doing better than me.