I have completed this mini-hack with all of the exits found in the hack. Kekcroc Dash is one of many interesting hacks with a hilarious plot, and I technically do recommend playing this hack. It is because of the custom character design, which kind of resembles a recolor of Mario with a green face covering. The gimmicks presented in the hack made Kekcroc Dash another one of those memorable hacks to play, and it does have some good level design throughout.

I liked the cutscenes, which provided the a simply hilarious storyline. The way you set up the auto-running technique in each of the levels was perfect throughout. For the most part, I discovered there were nice gimmicks for each level, all done the right way.

There are a few cons regarding the final level and for the hack in general. Starting with the one con in general - the palette choices in the hack have terrible color combinations, just as the reviewer said years ago. If someone who played this hack were thinking 'this hack appears normal I guess', they guessed wrong when bright colors could potentially hurt their eyes. Anyways, in the first screenshot from the final level, you notice there is a fire tile put in place as an obstacle, BUT the ghost house pillar (a non-solid tile) is missing. There, I would suggest using another layer mode in Lunar Magic, and place the pillar tile behind the fire tile.

Looking at the second screenshot, the fire tiles on top of the trees look like a cut-off mess. Using the tip of the tree tiles in Layer 2, placing them down behind the fire tiles, it will look better aesthetically rather than left as-is.

I would have to say that the hack created a lot of fun, despite a slightly lackluster level design. Understandably seeing it's a hack where it's good level design and such, there are certain things that need to be fixed, even if it's a hack from 2019. I liked most of the level design, but the last level was a disappointment and so was the palette color choice. I think Kekcroc Dash is not a bad hack to play, but I technically recommend this hack to some who love humor.

Knucklesfan Author 2019-12-13 01:43:19 PM Link
Originally posted by Neeberz
Interesting hack. The story was my favorite part. Those color combinations are the worst part of the hack, but otherwise good. 4/5.
It reminds me of geometry dash
Thanks! I was having quite a time figuring out the best palettes for this game. Next time, palettes will be much better 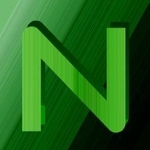 Neeberz 2019-12-13 05:29:08 AM Link
Interesting hack. The story was my favorite part. Those color combinations are the worst part of the hack, but otherwise good. 4/5.
It reminds me of geometry dash