I ran into the same issue. But in my case, i use SA-1 and retry. But it only happen sometimes. about 1 out of 20 death.
I did recheck all the files and code. Also try to repatch the rom from scratch. The issue persist.

bandicoot 2022-02-26 01:30:31 AM Link
I think this might be incompatible with Retry System v2.06c
Whenever I install both and select yes during a retry prompt my rom crashes, but if I select no it works fine.
note. retry system is the only patch installed in my rom so far

binavik 2022-02-01 09:04:39 PM Link
After helping ThirdWall, slopcore and AmazingChest get this working in their respective hacks, I've come to notice an issue with this. Inserting this using the global code as recommended in the notes causes a random bug. Dying too much in specific levels teleports Mario to a random sub level. I'm not entirely sure if it's due to how global code in UberASM works or a combination of this, the retry patch and Lunar Magic 3.0+ but inserting as gamemode works just fine. 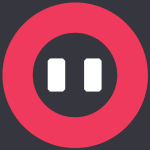 
Check the NoOverworld.asm File
Did you copy and pasted the code in Global code.asm File?

(It's maybe caused by this patch: https://www.smwcentral.net/?p=section&a=details&id=20295)

MarioFanGamer 2020-06-09 05:18:57 PM Link
Moderated with:
Removed no map and no overworld from the tags, added sa-1 tag, removed Alcaro from the authors (you mentioned it in the description that the code is 100% original), submitted a fix which doesn't drop you off zo the title screen in case of game over in two player mode with shared inventory and replaced a BRA with JMP in case you have !more_levels_after_credits and !advanced_mode enabled.

Let's be honest: I have moderated this for a week (yeah, started the moderation a bit late due to CLDC) due to its customisation and this has to be one of the best UberASM codes in the history! Due to quirks with how SMW handles the overworld (because of the intro), the only "patch" which is required is a small bugfix as a hex edit which is part of the UberASM file (not very happy about it because of potential dangers but still). A side effect of that is the increased compatibilitiy with resources as the No Overworld patch tends to avoid writing to freespace (most notable SRAM Plus as the patch also implements its own SRAM system).
It's also very customisable (much more than the patch) because you can set up when it saves (not just after levels but also at midway points and level transitions), shared player inventory and with advanced mode set the path yourself (yes, you can use it to create loops, branches and the like).
As such, the ASM team went to feature it.

The only issue is a missing feature from the patch where secret exits bring you to the next level + 1 which means switch palaces and the like are harder to set up. Sure, advanced mode somewhat mitigates that but it's rather hard to set up and a simpler option for secret exits would have been nice. Speaking of advanced mode: You also have to set the levels manually even though it would have been better if at least the normal exits for each level bring you to the next level in the table.

zacmario 2020-05-05 11:48:56 PM Link
I used the original patch for several hacks, I felt limited because it didn't support sa-1 and I was never able to convert it properly. So nonetheless, I super excited to see and use this.

Thanks to Darolac for pointing some of these issues and testing.

Edit: doesn't seem to allow me to update the file. Might have to resubmit
Edit 2: ok i managed to upload it.

El Cuh Fermin 2020-04-05 05:45:10 PM Link
Originally posted by bandicoot
Is it compatible with YI level names patch?
I know the idea would be to have no overworld but it would be great if we could at least show the level name before playing it!

The vwf intro 1.22 is fully compatible, I tested my hack that I was working on, and it works really well.

bandicoot 2020-04-05 05:26:47 PM Link
Is it compatible with YI level names patch?
I know the idea would be to have no overworld but it would be great if we could at least show the level name before playing it!

have a good one.

BTW, this will skip overworld.asm from your powerup patch. PM me that file if you see if it's not compatible with powerups.

BTW, this will skip overworld.asm from your powerup patch. PM me that file if you see if it's not compatible with powerups.

That will actually skip OW

Thank you Brolencho, it works now

That will actually skip OW

If I will do that but powerups patch are the ones that came from their new ones.

by the way, what is that powerup patch? i might wanna see if this is compatible with it.

I inserted success but it takes me on the overworld

Edit: I edited to put $ but it takes me on the Overworld instead of levels.

Brolencho Author 2020-04-02 04:13:28 PM Link
oops there was a missing define. Just fixed it. Download it again and replace NoOverworld.asm. Thanks for pointing that out, if there's any issue or have any ideas for future versions let me know Fermín,