BooTheBun 2021-11-04 12:55:04 PM Link
Decided to play this because I was watching TASagent play it and holy crap, it was a super fun playthrough. Probably one of my favorite hacks. Thanks.

I quit Lani 1 because of the water level, so I quit this hack in the same exact place; after being dropped into that level as part of one of the many "trolls". 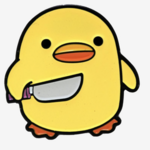 I quit Lani 1 because of the water level, so I quit this hack in the same exact place; after being dropped into that level as part of one of the many "trolls".

thetwaddler 2020-12-25 07:20:23 PM Link
Great hack. The aesthetics are great throughout and the levels were a good challenge. The second half really tested my abilities.

Sparkysie Author 2020-10-12 02:25:35 PM Link
Originally posted by GenMaruo
What a great hack, probably wasn't a great idea to play after finishing akogare and noticed the huge difference in difficulty, but it was very fun to complete!

I also need to ask for the list of songs, it was a great selection and need to know where they are from

I have part one of the soundtrack added to youtube - failing that I can send you the songlist in text form if you would rather, providing I can still find it

sio-kedelic 2020-10-12 04:30:08 AM Link
Just finished this tonight and wow, what a fun and polished game. Every jump had attention to detail, and while some stuff was a little tighter than I might have liked at first glance, it always felt satisfying to pull off, and everything was easy to read. I also appreciated the solid difficulty curve, as the three tiers of difficulty in the game really felt like distinct steps up while still fitting in the context of one hack. Soundtrack and aesthetics were also top-notch.

GenMaruo 2020-10-08 02:16:26 AM Link
What a great hack, probably wasn't a great idea to play after finishing akogare and noticed the huge difference in difficulty, but it was very fun to complete!

I also need to ask for the list of songs, it was a great selection and need to know where they are from

Kimota 2020-10-03 11:32:18 PM Link
This was a lot of fun. A strong intermediate hack with great level design. The Phanto level was particularly excellent. My one criticism would be that I would have liked to have seen more original stuff like that (well that and maybe loosening up some of the giant tight jumps). Some levels felt like Kaizo greatest hits, even if they did end up being enjoyable and well made. Overall, I would still highly recommend this hack.

3dsalmon 2020-09-07 02:15:47 AM Link
This hack is absolute fire. Really fun levels, really solid difficulty curve, great visuals and music. One of my favorites I've played for sure.

MeepAhoy 2020-09-03 10:47:22 AM Link
Peachy Moat world is a very fun and great put together hack which i enjoyed very much. It has great aesthetics, great flow to the levels and not to much chocolate on it. It is a great hack if you enjoy searching for secrets and like a good challenge !

slopcore 2020-08-31 07:10:44 AM Link
Absolutely loved this hack. Everything is very well polished, the portraits are awesome, the trolls are funny, the music/aesthetics are pleasant throughout. Excellent hack

Nathanmg 2020-08-15 10:30:11 AM Link
A fantastic hack, Peach and Moat are lucky guys. It's a well polished experience with brilliant aesthetics and great music choices, the chocolate sprinkles are often enough to keep things refreshing whilst not becoming suffocating. Secrets to find in every level too which is a welcome inclusion.

Levels is not too long and gives you a satisfying feeling when done.

Chocolate is implemented good as well.

AmazingChest 2020-08-14 07:14:25 PM Link
Great hack. Finished 100%, including every room in the final level. I could go on about everything I liked which would be a lot, but I thought I'd first bring attention to a couple severe bugs I encountered, both as a warning to other players and in hopes that they can be fixed in an update.


The first bug happened in the last room of "Gauntlet". Here's a clip of it happening:
https://clips.twitch.tv/PhilanthropicSolidLampCopyThis

When I entered I immediately paused the game, as I usually do, to assess the situation. After a few seconds I un-paused but then died. When I hit "Retry" the timer changed to 25 seconds, but I wasn't paying enough attention to notice this at the time. From then on the room always started at 25 seconds and since it was a blind playthrough it took a while for me to realize that something wasn't right and in fact the level was impossible to beat. Eventually I quit to the overworld, and upon re-entering the timer started at 400 seconds and I was able to beat the level.

The other bug happened after I beat the game, and while that might not seem like a big deal I think it has the potential to ruin a save file.

After I beat the final boss and returned to the overworld Mario walked over to the "Credits" level where I chose to save and continue at the prompt. I then pressed Down+Select on my controller to open the Super NT menu which is what I have to do in order to actually save my game since I'm using the SD card reader firmware hack to load ROMs. An unintended side effect of this method is that Mario will move down on the overworld if he is able to, which I didn't expect to be a problem in this case since the Credits level is a dead end, or so I thought. When I pressed Down+Select Mario actually started traveling down and then looped back up and around the final castle as if floating on air and then completely disappeared off the top of the overworld window.

After a while of being very confused I tried pressing all the directions on my D-Pad in an attempt to get Mario to travel back to where I could see him, but he never appeared again. The only thing I was able to do was bring up the save prompt by pressing Select, but I did not save. The next step was to try resetting the game which I did by pressing the "Reset" button on the Super NT. The second clip of this bug shows what happened after that. Upon loading my save file Mario was still no where to be found. However, when I tried pressing the B button it did load me into the bonus game level, which I was unable to escape from, until I reset the console again. I still could not find a way to return to the overworld and became worried that my game was forever going to be stuck like this.

Finally, I tried power cycling the console with the Power button. After that, when I loaded my save file I thankfully found Mario back at the final level with the Credits level available, which made sense because that was the last time I manually saved the game. I guess simply resetting the game doesn't clear all the RAM, but power cycling does. Things could have gone worse if I was playing on an SD2SNES or some other method that doesn't require manually saving. If someone were to use the save prompt to save after Mario disappeared I wonder if their game would become stuck like that, effectively making that save file useless. I don't want to risk testing this myself.

There were a couple far more minor things like the music in some levels bugging out occasionally, but I haven't been able to reproduce that consistently so I won't bother going into it now.

Anyway, just wanted to point out those more serious issues because I think this game is otherwise extremely well made and if I were the developers I'd want to know about them.

NaroGugul 2020-08-14 05:49:14 PM Link
Well made hack, although very generic. There were rare occasions where it felt having its own identity (if any, as i cant really pinpoint anything from memory).
The amount of trolls in this game is pretty irritating (from a non streamer player pov).. Its the kind of game that i would prefer to just watch a blind playthrough (and maybe have some laughs) than play myself.

MoghedienNinek 2020-08-13 04:55:24 PM Link
There are lots of simple yet tricky little traps in this hack that scream good level design

Tiroler 2020-08-09 06:25:17 PM Link
Overall, I found this to be an exceptional hack. The level design is fun, largely intuitive and it uses fun and interesting mechanics. The length of the levels is very fair and it doesn't exhaust any custom ASM that is new to the player, which is a fine line. "Echoes of the Past" is one of the better levels I've played recently in any hack. The Motor Skills level was very fun. A few sections look like they could've been modified to be a bit more crisp and the hack was way too trolly in certain sections for my liking. The over-used "gotcha" trolls stopped being funny after a while. That being said, I would highly recommend this to anyone. Great work.

Not sure if i would call it cheese, as the 1st half is probably harder than the intended strat, and the 2nd is easier, but a bit slower.. i dont think it would even worth fixing..
but just so you know.

Peachy Moat World will blow your socks right off! The music, the level design, the trolls, the everything, all - top notch! The most highly anticipated hack of the decade is here, right now!

And wow, is the super mario comunity lucky...