Chosentw0 From older version: Jigoku Mario World 2 2019-08-01 11:47:24 AM Link
This was such a great Hack!
I'm kinda sad that I allready finished it. I wished there were 20 Stages more.
I can't deside, which stage I liked the most. All Levels had so much action in it, you almost never had the time to relax and all Levels were super creative. (If I really have to pick my favourite Level I might go with Circles of Heat or Etude in Heaven)

The only thing I would do different is - just as NaroGugul said - rearranging some Levels. The later stages were a bit easy sometimes compared to the previous stages.
Besides that, this was a super fun hack - I can't wait for the next one

NaroGugul From older version: Jigoku Mario World 2 2019-07-12 12:03:30 PM Link
So another thing i forgot to mention..
Im not sure what was used for the final boss, if its the noob boss sprite thing or whatever.
Apparently it probably uses $13 for a timer (jumps and stuff).. it makes it really annoying and 'unpredictable', since its essentially 'rng'.. (Darkstar has a similar problem with some boss phases where it can spawn at a very bad y position which makes it almost impossible to beat sometimes.. and since this boss is very similar to those, i guess the same source was used)
so if you are going to update it, try replacing every instance of $13 in the code with $14 or replace it with some internal timer.
the way it is make it really..................janky.


also, in the yoshi room in the final castle, i think the coin indicator for the fire spit is one tile lower.. not sure if its intended

NaroGugul From older version: Jigoku Mario World 2 2019-07-10 01:24:04 AM Link
Before playing it, I was quite concerned about the difficulty of this hack as ive heard it was supposed to be really hard, similar to Darkstar.

I still havent finished it, but i have to say this isnt the case (so far), and unless it really ramps the difficulty up at the end, i will say it is not even close to that difficulty.

I know this is a matter of personal perception, but dont let the talk get you afraid of playing it.

I would say this is much more similar to hacks like Kogarashi, both on design and difficulty.

Edit: ive just finished it. i was kidna surprized some of the easiest levels are on the last world
Soda of Doom, Midnight Marathon, Jigoku Star 2
.
So yeah, overall its a fun hack. Difficulty is very manageble. I think only 1 level felt like a difficulty spike to me
Etude in Heaven
, and even though most levels have some tricky tricks here and there
like every trick involving yoshi, lol
, i dont think the overall difficulty of the hack is too high.

Final level felt like it would never end.. 2019 infinite castles meta.. why?! 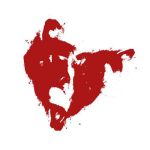