That's usually an issue with the file extension. Change to .smc instead of .sfc, if you haven't. 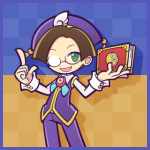 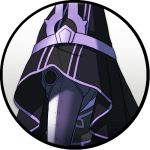 You need a tool that runs Windows tools like CrossOver to make it work. 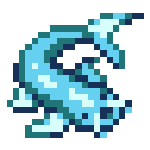 Mechanical koopa From older version: Asar v1.71 2020-10-02 11:45:10 PM Link
What there's a trojan malware in asar? Omg I gotta tell everyone!
But seriously, even if there was a trojan (I trust the community enough that I personally don't worry) you can actually modify a trojan to actually act as an automatic updater! Also fun fact: did you know that some antivirus software is actually a modified virus? Also, did you know that, in practicality, any installer file (apk, set up wizards, ect...) are, by definition, a trojan? So, a trojan "malware" might actually BE beneficial! Just thought I'd share this! I hope goombud sees this... Or anyone else that thinks this a virus, for that matter.

DTA450 From older version: Asar v1.71 2020-07-25 07:17:10 PM Link
No more xkas patches compatibility for this version? However this feature is useful because some patches aren't remoderated yet and are still in 'xkas format'.

RPG Hacker From older version: Asar v1.71 2020-05-12 08:18:05 AM Link
Seriously, can you all at least TRY to read the previous comments before making any more claims about viruses? 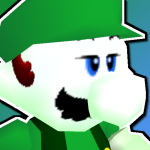 Can you help me with tutorial

randomdude999 From older version: Asar v1.61 2018-10-31 09:40:00 PM Link
I'm approving this without a proper moderation process since both of the tool moderators (me and RPG Hacker) are important contributors to this, which means neither of us can test it "properly". But it has been used by hundreds of people by now and there haven't been any serious bugs so it's good enough.

randomdude999 From older version: Asar v1.61 2018-08-22 03:40:07 PM Link
You already removed your usage of if !condition, but probably not everyone has. it just deserves a proper deprecation process

But yeah, an alternate way of doing the same thing would be

which is what I've been using so far. I assumed it was more common than !!.

Regardless, I edited it in the 1.27 version.

RPG Hacker From older version: Asar v1.61 2018-08-08 03:49:23 PM Link
@TheBiob: that feature was removed because it was undocumented and, after looking at the code for a lengthy amount, I could not figure out how to make use of it and was pretty sure that it was unusable in the first place and that thus no patch could be using it. Apparently I was wrong and it was usable in the form of !!Define, causing this incompatibility (though I'm still surprised about the fact that people actually did, considering it was undocumented - I think it was only ever mentioned in one of Alcaro's old changelogs, but not in the manual, and the source code even contains a comment stating "this feature is undocumented", making it seem like that was actually on purpose).

So yeah, not quite sure what to do about it in the future. I think randomdude proposed reintroduing the feature, but marking it as "deprecated" and making it throw a warning.

People are aware of this and an update will probably happen soon after this one is accepted.
For now, changing the if statement on line 203 of lzx.asm to
Code
should fix that

RPG Hacker From older version: Asar v1.61 2018-07-12 11:18:35 AM Link
Fair point, although changing the default behavior would mean making the syntax context-dependent. In other words,

would mean different things, depending on if they were used inside or outside of a macro. In my opinion not an ideal solution, either. With the current implementation, the syntax is clear and means just a single thing, no matter the context (of course ?Label can't be used outside of macros, anyways, so the context doesn't matter there, but Label and #Label do the same thing, no matter where they are used).

I think one reason for this mess is that the concept of macros in xkas/Asar is kinda shaky to begin with. I personally like to think of macros as a text replacement mechanism, kinda like in C preprocessors, and that's mostly how I treat them, though in xkas and Asar, they also have traits/behaviors that are more function-like. This makes everything regarding them a bit tricky to deal with. When working with them, though, I prefer to lean more towards the "text replacement" side, which also influenced my decision here. Letting labels "leak" outside of macros by default is more "text replacement"-like, while not letting them leak outside is more "function"-like.

Alcaro Author From older version: Asar v1.61 2018-07-12 10:20:34 AM Link
Macros leaking labels should be possible, yes, but I'm not sure how much sense it makes to do that by default. And macrolabels messing with subsequent sublabels doesn't make much sense either.

But backwards compatibility says that's hard or impossible to fix.

RPG Hacker From older version: Asar v1.61 2018-07-12 08:12:50 AM Link
And I'd disagree. There can be legitimate use cases for actually wanting labels in macros to be accessible from the outside and/or modify label hierarchies, so I strictly oppose removing that possibility.

for labels that should be local to the macro they're in.

for labels that are global, but don't modify the label hierarchy. All other types of labels are supposed to leak outside of macros, that's by design.

EnderofGames From older version: Asar v1.50 2018-04-22 06:42:44 AM Link
Works great with Windows 10, not sure the other person's problem. I originally found a link to a download of Asar from a forum post, but I found the version was too old to patch for me. I luckily found this easily, unlike a lot on SMWCentral. Worked fast, just wish I had known not to put file extension in the first time.

HammerBrother From older version: Asar v1.50 2018-04-09 11:33:44 PM Link
To get the notepad++ XML (syntax-highlighting.xml) to run, copy that file and paste it in Notepad++\plugins\APIs. Then run notepad++, and on the menubar, Language -> Define Your Language..., click on "Import", and navigate to where you placed the file, and select the file, and you're done.

TheN64man From older version: Asar v1.50 2018-01-05 03:32:52 AM Link
It would've been nice if the freespace finder worked with the xkas thing because I added ;@xkas to the patch and then Mario stopped existing and it was Bad ROM which was a problem. It seems a magic MarioFanGamer or someone else shows up and replies to problems though, please someone suggest something

EDIT: I`m just stupid, I forgot to type a bit of the patch name.

yoshifanatic From older version: Asar v1.50 2017-11-04 07:21:51 PM Link
There is a bug with the readfile and canreadfile functions where asar crashes if these functions are used to read from 17 or more different files. I know that these functions are able to cache up to 16 files simultaneously, but I would have expected asar to close the oldest opened file when attempting to open more than 16 files.

This bug has been complicating some of the stuff I've worked on recently, and it'd be nice if it was fixed.

HammerBrother From older version: Asar v1.50 2017-09-14 02:13:11 AM Link
Be careful that this version still have a bug with the labels that crosses over a %callMacro(). If inside the macro has the same label as outside of it (or that the macro have a perent label when a sublabel jumps over it), causes glitches, as the exe treats contents inside the macro as if its located in the same location as the call itself, so be aware of that. Here is Alcaro's example

This also happens on +/- symbols too, as tested on GPS.

Possibly the most annoying bug I've experienced when using GPS and PIXI. Thank god uberasm tool's library does not use that, instead it uses filename_label:

Probably, I'm not sure.

Actually, judging by test.cpp being made for Windows and Linux simultaneously (backslashes, but also including sys/stat.h), someone dropping a libasar.so in the source directory, and the empty help.sfc, there's a fair chance it doesn't. 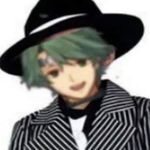 Wooden Chair From older version: Asar v1.50 2017-05-04 11:52:21 PM Link
Good news, I just ran this latest asar on my entire Yoshi disassembly, which has tons of 65816, super fx, and SPC code and various features, basically a good "testing ground", and it worked the same as before. So, I APPROVE OF this latest version!!

Also if a tools moderator sees this, can you please moderate this version? I don't want to submit version 1.50 before version 1.40 has been approved (or denied). Thanks!

I'm late (don't regularly check the comments here). What bug is it? Maybe report it here if it still exists and needs to be fixed?

The first sentence of its description should be removed.

Wooden Chair From older version: Asar v1.37 2016-10-29 06:51:02 AM Link
asar uses the file extension (.sfc or .smc) to tell it whether to apply a header or not. Sometimes headered ROMs will be .sfc or unheadered ROMs will be .smc; these cases both will cause errors with asar. Just rename your ROM to .smc and try again. 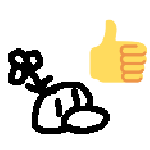 It is recommend to everyone update it to avoid further issues, specially if you're using an enhancement chip in your ROM hack.

HammerBrother From older version: Asar v1.36 2015-12-09 10:17:47 PM Link
[Note to all users] the double click feature doesn't work on Windows (due to the fact that you need to double click in order to run, else it either select or renames on single).