Panic in the Mushroom Kingdom 2

Retro Master HD 2022-02-04 10:10:45 PM Link
Yet another amazing Hack that I have ever had the pleasure of playing, Graphics, levels and map designs were absolutely on point. Again very special shout out to SimFan96 for making this all possible and putting together this amazing project of fixing broken SMW Rom Hacks. This Hack definitely deserves a five star rating and a perfect 10/10.

tomato jonson 2021-08-29 05:20:25 PM Link
BE ADVISED! This hack is NOT for kids!!!!
The hack depicts several female characters whose breasts/buttocks are partially obscured by hot-spring mist and soap suds. During some bathhouse sequences, players can engage in massage-based mini-games, applying oil or foodstuffs (e.g., bananas, mushrooms, popsicles) to the bodies of bikini-clad women. Other still-frame images depict female characters in provocative poses (e.g., women hiding behind bed sheets; two characters eating a banana together) or engaging in suggestive dialogue: “Bigger is better, right?” 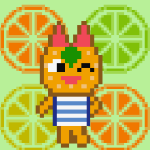 The patch that has all of the original NSFW content is just "pitmk2v1.03.bps"

Sorry it ended up taking so long because I know you requested it from a while ago, finally got around to getting this one fixed!

DAVID1 From older version: Panic in the Mushroom Kingdom 2 2019-01-24 12:33:49 AM Link
repetitive and boring levels. Same thing happens with the first

NatsuFireball From older version: Panic in the Mushroom Kingdom 2 2017-11-19 09:22:21 PM Link
I personally loved your hack : very beautiful level graphics and overworld, and so are custom sprites and music. A completely new environment, very nice work !

The difficulty is OK, you put midway points in almost every level, and Wowser's castle is more beatable than Bowser's one in the PitMK !

Thank you for this very enjoyable experience Ghettoyouth =]

Counterfeit From older version: Panic in the Mushroom Kingdom 2 2015-06-21 03:44:17 PM Link
The sequel to PitMK introduces slews of new custom sprites and blocks. The level length is longer on average, there are MORE levels, and other than the custom music problem, there aren't any gamebreaking bugs I could find once this is eventually ironed out. The spelling and grammar is much better. The obscure Hentai Palace has a way better presentation and even more eye candy with no "level design noise" around it. However, while this is still a reasonably enjoyable hack, I found this to be an inferior experience almost completely across the board.

One of the biggest problems with PitMK2 is the difficulty scale: it's all over the place. The hardest level IMO came towards the middle of the hack, and the final world's difficulty is comparable to the first two worlds. There's one particularly retarded level design choice in the Piranha World too where you have to jump down a hole, without knowing which one is safe, to find a pipe below your initial line of sight to progress to the second half of the level.

In comparison to the previous hack too, the boss levels and final world seemed far less menacing: atmosphere took a serious hit in the castles and while an apocalyptic theme was present in the final world and the colors brought it out well, the challenge was so lacking it was almost a joke in comparison to the first one's graveyard world. The lack of gore and death might come as a relief to some, on the other hand.

One more thing that irked me was creative implementation was negatively correlated with how far you got along in the hack. It should be the opposite. The hack eventually became jump-over-everything, even with the custom sprites added, when it started off promising variety. The potential of all the resources used in here is largely untapped, which is a shame because this hack had all the makings to crush its prequel in that regard.

Graphical choices and palettes are still sharp. polished, tasteful, and often consistent within themselves, although some sprites don't fit and tilesets from one world look nothing like they belong in the same hack when put next to those from another world. In some cases, a tileset is done to death within a world. The Piranha world is a prime example of overuse of the same FG and BG combination.

I found the overworld graphic choices to be incredible and this is still one of the best-looking SMW overworlds out there. It's very simple in progression though: if you're a fan of secret exits creating a non-linear experience, you probably won't like being forced to play everything in order here.

Musically speaking, the SMAS soundtrack is timeless and the inclusion of SMB1 material adds to the sonic variety over the original PitMK 1... but the SMB1 castle song's short duration does not cut it for longer levels like this. That song does become repetitive fast, but everything else works well where it is.