Maarfy 2021-11-29 07:32:06 AM Link
Cool patch! Great for better setup integrity when utilizing the more complex behaviors of the various Chuck types. Be aware that you may encounter an extremely minor oddity here and there depending on what Chuck is stomped and when - a Clappin' Chuck playing the "clap" sound effect an extra time, Diggin' Chuck impotently thrusting his shovel once with no rock right after getting up, etc.

Also be aware that as far as patch usage is concerned, "extra bit set" means to manually insert the Chuck using its vanilla sprite number with an extra bit setting of 1 - not 2 or 3.

Note that this patch introduces an out-of-the-way crash condition. The "duplicate" Chargin' Chuck sprite - sprite 96 - with the extra bit set will crash the game after being stomped. Sprite 96 isn't even accessible from the Add Sprites window in Lunar Magic because it is an exact copy of sprite 91, the normal Chargin' Chuck. Since one would have to go out of their way to encounter this condition, the patch will be accepted as-is.

... With that said, this crash can be fixed and turned into a cool extra feature with a single, very simple edit. At the bottom of the patch, there is a table named "States". By changing the value $FF in this table, you can turn sprite 96 into a normal Chargin' Chuck that will turn into a different type of Chuck when stomped. Valid values are as follows:


Code
Bouncin' Chuck is, sadly, not selectable in this way. 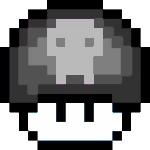