MarioFanGamer 2022-10-14 06:05:05 PM Link
It's quite funny to see, with some levels being quite faithfull, others have some stuff rearranged or missing and then there are levels which build randomly placing things (admittingly, these are pure platforming levels). My favourite moment was the Blue Switch Palace by the fact that
it's actually the red switch palace
.

The hack would have gotten an even bigger impact if all the autoscrollers and block snakes had custom values as well. All of Chocolate Island 2 has been edited and the music also has been remade, why not these as well?

That being said, I do have wished for some more quality control. I know, it's about trying to create levels by your memory but in some ways, the changes do feel a bit arbitrary and I would have expected some more logic (some example are in Star Road and
how yellow Yoshi is entirely missing in the game
, some unused elements and illegal combinations like Podoboo and Yoshi). I know, it's part of the challenge but they still left a more sour note to me.
In addition, some changes have felt rather unfair which can be seen in Roy's Castle which has been made tighter than the original level. A room in Bowser's Castle (
room 5
) suffers from a similar reason.

Nonetheless, this still is a fun hack I would recommend to others.

VinylHeart 2022-07-01 05:05:49 PM Link
That was super fun! Because it was remade from memory it made some levels easier and other levels a little bit harder. It felt different and new and was a nice change from vanilla smw (which I have played so many times at this point).

So yeah. Really liked that.

FailSandwich 2022-05-08 05:44:06 PM Link
This honestly feels a lot more like the SMW NES bootleg than the original game... even the music gives off that same not-quite-right vibe.

BeautifulBurton 2022-04-13 11:59:53 PM Link
Legitimately one of the funniest games I have ever played. I couldn't tell if the game was gaslighting me or my memory.

BananaX-man07 2022-02-06 11:35:04 PM Link
very amazing hack, all the music and levels being remade was pretty cool already, but what if they expand on the hack and replace graphics too

But as for the levels, many of the levels have several wrong parts, if you study more to create a game more coherent with reality

P-Tux7 2021-12-07 12:51:27 AM Link
Why didn't you guys redo the graphics? Hummer Team's Bootleg was vry notable for me due to doing exactly that - small Mario's big nose, faceless Buzzy Beetles, and purple Bowser!

om_nomnom 2021-12-02 06:17:46 AM Link
Hillarious and weird. Very uncanny valley. I would love to see a smw 96 exit speedrunner stream a legit attempt at a run of this without having opened the rom before going live 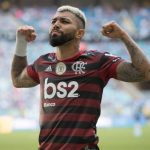 Alex 2021-11-26 02:54:34 PM Link
I would like that this kind of projects would be open to the public during its development, in order to let anyone available that want to contribute ideas to do it, but I understand that you all are a big group of close friends and the work and organization between you all flows very well (and I think would be a hell to organize a open-public project). I'm still impress of every aspect of this hack, and currently still routing other categories beyond 11 Exit. Thanks to every individual creator in the list for contributing to make this a reality.

GbreezeSunset 2021-11-24 04:56:54 AM Link
Originally posted by MangoFZP
I think that the secret exit of donut plains 2 is missing. If not where did it go?
It should be in the orange pipe right before the green pipes.

Ezel 2021-11-23 11:53:48 AM Link
Having played SMW multiple times, this hack was really funny. Some of the levels were actually recreated pretty well, some were a little silly. The music made me laugh a bit.

I'm actually amazed how well y'all remembered most of the levels, as most of them used correct objects and sprites.

LouisDoucet 2021-11-23 09:52:11 AM Link
I thought the bonus game issue was just another funny difference, to be honest. It also highlights another difference between the bonus game 1-up mushroom compared to the normal common 1-up mushroom, one I did not know of before. (That is, its dependence on Mario's hitbox when mounted, not Yoshi's.)

it really isn't enough of an issue to ruin the hack but it's rather unfortunate that this is present in an otherwise solid hack. not talking about the dp1 bonus tho, that was kinda funny to me lol

GbreezeSunset 2021-11-23 02:33:34 AM Link
I think if you get off Yoshi it should work? during testing it worked as long as you aren't riding Yoshi, but maybe something went wrong. the bonus game's floor is slightly taller than normal because kevin made it slightly taller by accident and never tested it

edballsjr. 2021-11-23 02:23:57 AM Link
incredibly off-putting if you know the original game, and i love it. only gripe thus far: failing to get the one-ups right as they fall out of the pipe in a bonus game pretty much softlocks the game:

i haven't played too far to see if there's any other issues but this is pretty big. otherwise quite a fun and kinda surreal experience.
edit: another (very minor by comparison) issue, again with a bonus stage: the multi-level bonus (like the one in donut plains 1) doesn't have an entrance pipe, so mario just crawls out of thin air
(also resized the image a bit)

The game over music is legitimately unsettling, 5/5

FedoraFriday 2021-11-22 09:41:20 AM Link
While I'm afraid this goes against the "Don't just recreate vanilla content" rule... I really hope this stays. Its just so uncanny valley, going into what you think is SMW but isn't.