Krack's Kafe: Because They Kicked Me Out!

This file is obsolete. The latest version is Krack's Kafe: Because They Kicked Me Out!. For other versions, check the version history.

Dark Mario Bros 2022-01-24 11:35:10 PM Link
Just finished krack's kafe
It sure was fun to figure out how to get each key by each room.
But those go back blocks were annoying and funny at same time.
Played on real hardware, so no save stating at all 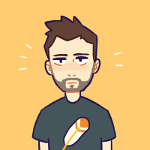 Added Kaizo: Beginner difficulty. While many rooms follow a design often found in Standard: Very Hard (e.g. having to avoid getting killed by a bunch of sprites), others are Kaizo (very tight, with one intended solution, and few sprites, all of which are necessary).

- I noticed some grammar errors in the lore, in case you wish to have it proofread. I volunteer if you want to send me a text file with it.
- I beat this in one sitting but you may want to include a mechanism for saving room progress for people who want to take a break.
- There's some cutoff.
- Consider indicating the horizontal position of the player when they're above the screen, which would notably help in this room.
- On multiple occasions, I was killed by spinjumping on two enemies at the same time, most prominently in this room. Consider using this patch to fix.
- This room appears to have a single intended solution but has a break. Instead of grabbing the throw block on the top left, which is quite hard to do, it's possible to just run through the Wild Ptooie Piranha with the I-frames from landing on the muncher.