I really like the palettes used in this hack; they blended together extremely well and were overall very aesthetically pleasing to look at.

First thing I want to mention though is that this hack is too difficult for a Standard: Normal hack, particularly because of the excessive use of generators. One could download this demo expecting an easy time, only to be mistaken and instead be bombarded with generators in most of the levels. I counted three levels which used the Jumping Fish generator and one level which used the Bullet Bill generator. I had a very tough time with those Jumping Fish. The overreliance of the Jumping Fish generator in particular made these three levels which utilized them feel quite repetitious and lacking variety.

Green Grove 1 had five 1-UP Mushrooms that were extremely easy to collect and there was a keyhole in this level but no key anywhere in sight. It would have been better to remove the keyhole prior to releasing this demo if the secret exit isn't available in this release. There was also a diagonal pipe in Green Grove 1 right before the midway point and another one after the midway point which I can glitch through since it wasn't properly blocked off from the right side.

After beating Green Grove 4, the event triggered afterwards spawns a level tile at the top-left of the overworld and I'm unable to reach the next level. An end-of-demo level would have been nice instead of an abrupt ending. This issue, though, is pretty minor.

The overworld, while quite nice, is blocky and squarish at the corners and even bland in some areas. But since this is just a demo, it is quite understandable. Just make sure to add a bit more decoration in your overworld map (not too much of course) in your next release.

Overall, the hack was fun to play minus the occasional sprite spam and overuse of generators. I'll give this a

Cally Cobble Author 2022-09-16 11:32:57 AM Link
ey thanks, im still trying to improve on this hack, and the current build actually replaced some of the music and made the breakable bridge different, and utilized more. i did remove the fish generator in one level (i think), and added a new water section to green grove 2. its got some good music that i forgor who made. ima reduce the amount of easy to get 1-ups in green grove 1.

Cally Cobble Author 2022-09-14 11:24:35 PM Link
i fixed the world map and put a message into green grove 1 telling you how to get to the dragon coin. currently in my files for now since i cant update it rn 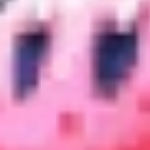 GlitchyR-01 From older version: Super Mario World Encore 2021-08-19 12:08:52 AM Link
This was an ejoyable and buggy hack, didn't like to much the level desing, but the world map looks incredible!
There's a lot of parts were you can go trough pipes and some enemies that you cannot see, and there's also a secret unused level that was just enemy spam.
The "Layer 1 Mario Paths" (

) use the event system, basically you can walk trough all the Overworld (incluiding the location of the secret level on the Overwolrd), so you should fix that. I had fun and gonna definetely play the final version