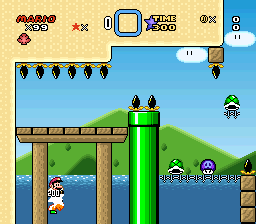 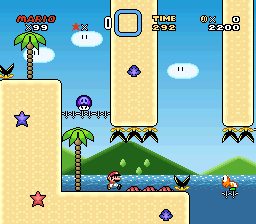 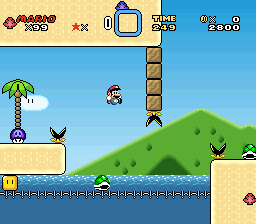 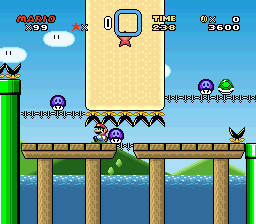 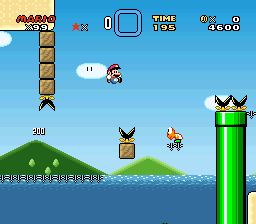 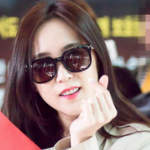 Posted on 2020-01-15 02:46:25 PMLink
I played some of it and it seems pretty obvious that it was made with save states by someone who doesn't play much kaizo.
I like the concept of avoiding poison mushrooms while using shells for platforming, but everything feels unnecessarily tight.
I'd suggest reworking it a bit so you (the creator) can beat it without save states or rewinds.

Anyways, one of my friends on Discord said that the level was too long, so here's a shortened version. I still need testers!

Posted on 2020-01-22 09:42:05 PMLink
Shortening your level isn't necessarily a bad thing and is a good solution if you don't want to play with multiple midway points. However, if you do so, you can't enjoy a good portion of your level shown on GIFs. Besides multiple checkpoints, you could've made some parts less tight, which I'll present alongside the other problems.

Strictly tight spaces (like the two-tile-wide gaps with poison mushrooms on 1F0 or this) aren't really fun. You must just and fall really precisely, which isn't really easy.

On the other hand, some parts could be made trivial.
For example, you could die right after the checkpoint and wait a few seconds before you get to the first setup after the midway point just so the poison mushroom doesn't appear. Its position could be tweaked.
As well as the both setups with growing vines, where you could wait in a safe spot before the poison mushroom falls. In the second one, you could delete the ground and poison mushrooms and then add 1F0 instead. You could also add an invisible block right above the existent fence just so you can't really rush. I don't know if you can do much with the first growing vine setup. You could rework either this one or both.

Otherwise, it's relaxing playing a beach kaizo level. Some setups were really creative, but you need to put more thought into every single one of them. Cheer up, you can improve your level!I have a Discord server as well!
-----
Basically, I believe in peace and bashing two bricks together.
Last edited on 2020-01-26 03:04:59 PM by 7 up

I changed the 2-tile wide obstacles with Poison Mushrooms on 1F0 to this:

The mushroom initially won't be there, but if you wait for too long, it'll block the way! 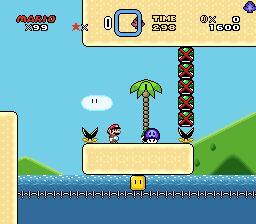 In the first setup after the midway point, if you go to the right while holding the shell, it'll be destroyed because you're meant to throw it to the left of the platform.

I've made this part slighly easier (lengthened the left space): 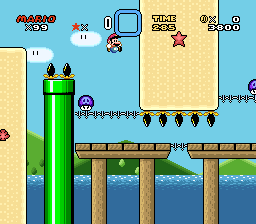 I also added one way blocks to both of the growing vine setups: 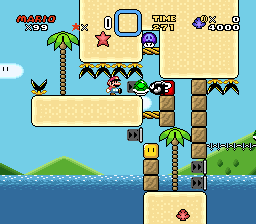 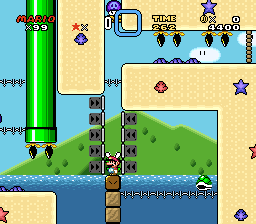 And also, lowered the volume of the music, it was too loud originally.