lion's one stop shop for ASM doodads and gizmos

Posted on 2020-07-27 01:27:29 AMLink
Hi. This is mostly a way for me to have further feedback on ASM stuff I've finished or am mostly developing, as well as just to showcase stuff I'm making. A lot of it will be pretty bad (I kinda wanna make carol bosses too, to just to relax and let myself go wild) but I hope everyone can enjoy the stuff I'm making. I might consider opening for basic requests to get some extra experience but that'll be for the future and also not all the time. And I might take a while to work on everything...

(SMWC, GitHub (to be updated))

The flamethrowers from Super Mario 3. Allows for customizable firing time and customizable resting (pre and post firing) time. Special thanks to Rykon-V73 for the easy to customize tilemap update, will later upload it to Github. Coding assistance from the VIP5 equivalent in Air Ship.

A Leaf Shield powerup from Mega Man 2. Follows Mario's location, then when pressing R, spawns the actual shield. Press R again to fire it at enemies. Based on code by carol from Brutal Mario, but re-coded by myself.

A fire breathing Ptooie, based on a similar one from VIP5.
Pretty much a taller Panser as described by Roberto zampari (paraphrased). 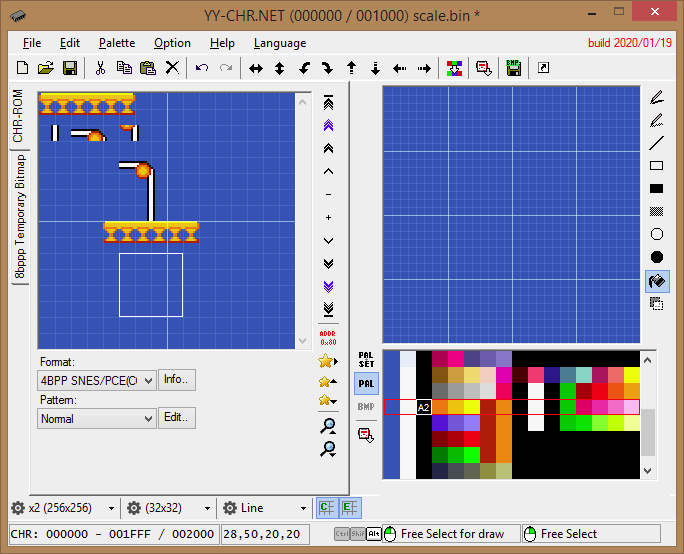 A simple scale platform based on the ones from Super Mario Bros. Lowers when Mario is on one of the platforms, whilst rising the other. Stay in it for too long and it'll fall off! Pixel art by me.Hack・Ports・ASM・"Uploader"

Last seen: 58 minutes and 12 seconds ago

I've already seen your burner and leaf shield and I have to say the burner is amazing, I know we used to use frame blocks but a sprite is just so much easier to work with and so much more forgiving it has to be one of my newer favorite sprites released in the last few months.
The leaf shield is also really good, I'm not sure I have a use for it personally but the fact it exists in a modern format now is great.

For the SMB1 scale platform YES PLEASE! this is a sprite that has been missing IMO for far too long.

Posted on 2020-07-27 08:25:57 AMLink
Shucks! I hope I can please people with my work. The idea for a scale platform was from Pat, though, so you can thank him for that, haha! After I'm done with this I might try to make a small carol-y boss just for the sake of it alongside something less situational for the common crowd. Maybe the switchboard from Super Mario 3D Land alongside a boss based on the Page enemies and Byblos from Final Fantasy V (with a cameo from Ifrit if I can manage to code a small cutscene a la carol's Shinryu and Omega)?

Making them move would be an issue since, Final Fantasy, but maybe I can make the book move? No, it's too big... Maybe I could draw a custom book graphic with the help of some people to make it fit with the boss graphics... Have it toss projectiles from it too... For what it's worth I was inspired by Anorakun's Big Boo battle. 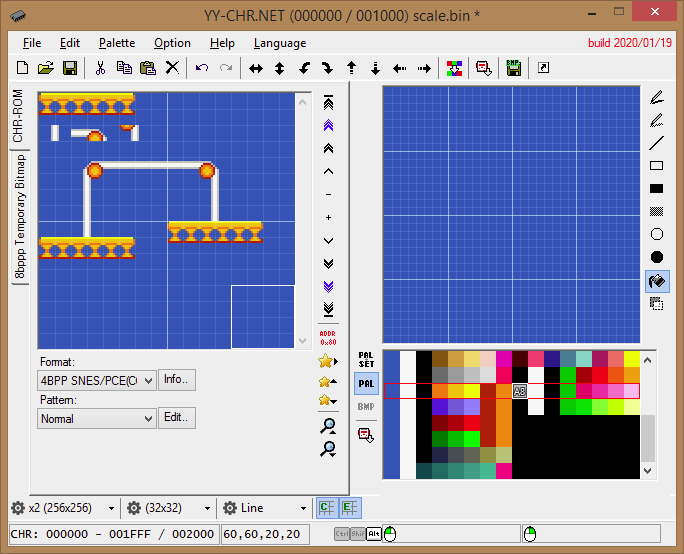 In the meanwhile I've replaced the thick black outlines of the wiring with less harsh, light gray, silvery outlines to better match the non-outlined remainder of the sprite, at the advice of Magi. I'll try to work on the rising and lowering code as well as the custom hitbox later on. I have trouble working when my anxiety's too high, so please understand! I might need help for drawing the wiring, though I'll try to think of it by myself first. I love me a good puzzle~Hack・Ports・ASM・"Uploader"

Last seen: 9 hours and 14 minutes ago

Posted on 2020-07-27 10:28:19 AMLink
I think I have an idea with the platform, but this will require to draw a holder platform: wouldn't possible to make the platform move either up or down, but remove/draw a Map16 tile based on its Y position?

Posted on 2020-07-27 01:11:23 PMLink
Originally posted by Rykon-V73
I think I have an idea with the platform, but this will require to draw a holder platform: wouldn't possible to make the platform move either up or down, but remove/draw a Map16 tile based on its Y position?
I'm not sure what you mean. Have smaller platforms depending on Y? If it's just making the wiring extend that is a planned feature. Sonikku has given me some code for some platforms he tried to make back in 2017 to aid me.

I also plan to make an alternate version that can create several platforms that rise and lower depending on extra bit (if 0 platform is lowering, 1 platform lowers, vice versa, but for as many platforms as possible). I'll remove the wiring for those due to the endless amount of platforms that could be made, but details. This is Sonikku's concept, so credits to him.

I feel like this concept could help with harder hacks.


Originally posted by CalHal
AnasMario130 has just requested that he wanted a SMB Scale Platforms long ago for his SA-1 hack, but now you almost did it! well done on that.
I'm doing this as a suggestion from Pat, so any sort of requests I'm fulfilling are a coincidence.Hack・Ports・ASM・"Uploader"

Last seen: 9 hours and 14 minutes ago

Posted on 2020-07-27 02:32:49 PMLink
I actually already made a SMB1-style scale platform a while ago. I did the same for the SMB3 flamethrowers, though I forget how customizable those are.

Now, I'd like to ask a couple of questions about your version of the SMB1 scale lifts please; one, did you base your scale lift on Sonikku's version? And two, when the player stands on one of your scale lifts too long, and causes both platforms to fall, will they get 1000 points like in SMB1?

I look forward to seeing the scale lifts once they're ready for release.

Posted on 2020-08-08 12:53:35 PMLink
Collision detection is a go as of a few days ago, and programming the rising and falling is the current task, the basic code is there, but making it work correctly is the main thing I'm focusing on. Motivation hasn't been the highest for now so I haven't been working on em. Sorry!Hack・Ports・ASM・"Uploader"

Posted on 2020-08-08 11:56:24 PMLink
Originally posted by lion
Collision detection is a go as of a few days ago, and programming the rising and falling is the current task, the basic code is there, but making it work correctly is the main thing I'm focusing on. Motivation hasn't been the highest for now so I haven't been working on em. Sorry!
Gee, I wonder if you can make SMB1 style Piranha Plants?

Some stuff I'm making on and off.
I've also finished an original Venus Fire Trap, that I probably won't be releasing since imamelia already made one. I'll try to get back to the platforms later.Hack・Ports・ASM・"Uploader"

I guess. I'm waiting for it to be accepted in the section.

Last seen: 58 minutes and 12 seconds ago

Seriously though I really like this, it's similar to the panzer but something about it just feels better maybe it's the smaller fireballs or the speed is a bit different not sure but it's a nice sprite.