Show off your musical creations here

This is my side project I'm currently in. I show off my original EDM music and remixes in my Soundcloud right here (@RommicOfficial). I mainly make progressive house, big room and uplifting trance music, so feel free to listen.

Posted on 2016-01-28 11:40:01 PMLink
Here's a WIP. Didn't want to post it in my own thread because 1. it's not technically finished, 2. it has more of the video game feel that people might be more familiar with. Personally, to me, it's supposed to be more of a blend of a classical style and video game style, as those are the two styles I'm most influenced by. It consists of a March section (C# Minor) and a Trio (C# Major), and goes March-Trio-March (the full scale will be that way, the recording I posted cuts off at the end of the Trio). The March section is pretty much finished, and is the more video game-y part, whereas the Trio section is (or will be, more like) far more classical, and will be characterized as such particularly by its orchestration and harmonization.

Anyway, let me know what you guys think so far, there's not too much more work to be done, but currently my symphony is a higher priority. I'll likely finish this work when I've completed the symphony, or if I get randomly inspired beforehand, which has definitely happened before.
Last edited on 2016-01-28 11:41:06 PM by Pyro X

Posted on 2016-06-18 01:57:23 AMLink
Originally posted by MariosHub
2. Free Will
3. The Rush
Prog rock band Rush has a song called "Freewill". Is this just a funny coincidence or an intentional reference?

Posted on 2016-07-28 02:38:45 AMLink
i wrote this song a long time ago. The mixing is pretty bleh, but I still really like it. Whenever I sit down to put a song together i usually get a rad percussion section going and dont know where to go from there. I also have trouble finding a way to evolve a song beyond just adding a new instrument every 8 counts. This was my first real attempt at avoiding that and yeah. I'm proud of it.

edit: there's also this, i guess. I mean, this was more of a desperate attempt at seeing how much longer i could make the song (it was originally half the length) but I still think it works. Again, I love the percussion and it's mixed like shit, but hey, it's something.r̲̲̲̲̲̲̲̲a̲̲̲̲̲̲̲̲t̲̲̲̲̲̲̲̲s̲̲̲̲̲̲̲̲p̲̲̲̲̲̲̲a̲̲̲̲̲̲̲̲w̲̲̲̲̲̲̲̲n̲̲̲̲̲̲̲̲
madeulook
Last edited on 2016-07-28 02:40:49 AM by Hobz

This is one of my best piano compositions to date. It's actually kinda weird contrasting it with the Day/Evening/Night piece I posted on this very thread several years ago - the improvement is vast.

Anyway, the scherzo is a type of jestful, light-hearted dance, and I feel as though my piece encapsulates that mood well. 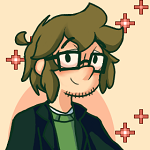 Posted on 2017-11-14 07:45:31 AMLink
Hey guys, it's been a really long time since I've been on this website in general (besides for when SMM was a thing, I made a post once about a few levels I made). I just wanted to see what's up around here and noticed this thread. I haven't the need or want to get back into hacks, but I have been making music and much of it sounds oddly video-gamey from what others tell me.

HERE IS MY MUSIC


Hope you guys like it and or leave constructive criticism. (I am trying to figure out how to make songs, in the industrial/80's synthpop/Whatever-MSI-TIGHT-era-is frame, to be exact but I am having much trouble with that so far.)It's weird you have inclusive pronouns, but still only have the binary options for gender. Where is Non-Binary, Agender, etc? Not a gripe. Just curious lmao.
Last edited on 2017-11-14 08:29:29 AM by Majorasmaskkingdom

Last seen: 51 minutes and 6 seconds ago

also here's a extra cover, because why not

Here's one of them:
The OxideYouTube

I spent the better part of the last two years on this movement alone, and I started the whole work back in 2012. Crazy how time flies.

Posted on 2018-10-10 08:09:54 PMLink
Been trying to get in to more soundtracky music lately. Here is a track I finished the other day. Could work in a town, village or other similar setting. That's just how I picture it though.