Well, There was a direct recently, Which revealed different new Mario games, Along with some ports, It really is a big surprise for Mario's 35th anniversary.

What do you think about it?
Still thinking on a description...

Posted on 2020-09-03 01:54:37 PMLink
Well, I am really regretting getting a Wii U right now. Every single game I have for it just got ported to the Switch anyway, except Yoshi's Woolly World, which got a 3DS port, and Paper Mario: Color Splash, which I don't care about that much. And there was practically nothing new announced.

Posted on 2020-09-03 02:37:58 PMLink
So according to posts on another forum I frequent, Galaxy 2 has been axed. My guess is that it runs afoul of the branding mandates somewhere (given that it came after NSMBWii...)Let's milk Sunny Milk. Then she'll have enough money to fund Sunny Milk Real Estate.
Everypony's digging with a shovel

Posted on 2020-09-03 04:11:17 PMLink
Not too excited about the price of 3D All-Stars but I am interested. I imagine the physical version is gonna get scalped to hell and back, just like all of Nintendo's other limited releases.
Also happy about 3D World getting a Switch port as it means I can actually play it, but really makes the Wii U a completely pointless console at this point.>Mark danced crazy!
Backloggery MyAnimeList

I'm really glad Super Mario 3D All-Stars turned out to be real... but why is it a limited release, why is even the digital release getting a limited time frame only, and why weren't the games remastered (except for maybe the slightest of texture upgrades)? The illegal fan PC port of Super Mario 64 is literally better than the version they're offering to us.

Super Mario Bros. 35 looks like a really, really cool game... but why is it only playable until March? I absolutely can't come up with a reason for that.

Getting Super Mario All-Stars on Switch is cool... but it's only as part of Switch Online, which means it could disappear at any moment. Didn't necessarily expect a physical release of it like for 3D All-Stars, but at least, a downloadable game would be nice.

The Direct had a lot of cool Mario stuff in it... but why wasn't there even a single major new Mario-related game teased? Be it an Odyssey 2, an entirely new Mario game or even a Mario spin-off. I mean, Mario Kart Live looks pretty damn cool, but the nature of it being an AR game means it won't be playbe with a limited amount of physical space, and while Super Mario Bros. 35 looks pretty cool, it doesn't feel like a major game. Literally every upcoming Nintendo-related thing that we currently know of is either a port/remaster or just a minor and/or niche game, and while I know this is the year of COVID-19, that's barely a sufficient explanation for how much of a drought this year is for Nintendo.Feel free to visit my website/blog - it's updated rarely, but it looks pretty cool!

Posted on 2020-09-03 06:34:24 PMLink
I preordered SM3DAS already. Didn't even have to think about it. I never played any of SMG before let alone watched more gameplay than what was in trailers, and almost same for SMS but I did try (and fail to get the controls of( a store demo for 2 minutes. SM64, though it looks like a straight port, it's like chunky soup for the soul: I grew up on stuff like this. The other two games are still a bargain for me at $60 and I like the idea of being able to take them anywhere, but I will still end up playing SM64 first on it.

I definitely want the Mario Kart Live Circuit game in time too because we did just buy a house and will have space to play it, but I think I will need to get a normal Switch because I would want to play it with others. If I were 5 when this was happening, I would buy a ton of poster boards and draw one of those "road maps" on it and make my own dream course. ...I still might do that and get some markers to make it deeply colorful, or glue some construction paper onto it and prop up cardboard cutouts to live out a Paper Mario-style grassland race track or something. I am gonna have a big basement to make courses in. What's going to make this really amazing is if we get a dog and it goes all dogzilla running after the cars and knocking over parts of the track. I just hope the game has some tolerance for those course markers getting bumped - who doesn't want dynamics, after all?

SMB35 looked really fun and I would like to play a game like that, I can see the original Mario Brothers tangled with the chaos of Puyo Puyo inspiration here, but them announcing they are cutting it off at the end of March made it a NOPE for me.

SM3DW+Bowser's Fury also looks like something I would get in time as I never had a Wii-U.
Just look above you...
If it's something that can be stopped, then just try to stop it! Posted on 2020-09-04 01:20:36 AMLink
I thought the Game & Watch thing was pretty cool. Probably the thing I liked the most in all of this.
The Mario Kart toy is interesting, but I can only imagine really enjoying it as a kid, I'm too old to be entertained with it for a lot of time. The SMB35 game is kinda cool, but I'll never be able to play it anyway, since I just don't have a Switch and won't have it anytime soon.

The other stuff was whatever, it's more like "oh, that's a cool idea, but it could have been better". At least that's what I feel towards most of the stuff seen in these.

The original Super Mario All-Stars set the standard for what a Mario collection should be, and this 3D game doesn't live up to that at all. It feels even more barebones than the stuff Konami does with their collections.

I understand that things are different with Nintendo now than in the 90s, but it's still kinda disappointing. Even when comparing it to just regular collections on the market out there, it's not much of a big deal...

Besides the Game & Watch thing, I can only imagine myself getting interested in the T-shirts, as the other stuff is nothing too exciting for me. And that's just the novelty aspect of the Game & Watch, because obviously, it's also nothing special for what it is, but I do think it's kinda cool.Хуй войне!

Posted on 2020-09-04 12:28:32 PMLink
Already pre-ordered Super Mario 3D All-Stars (which was the thing I was looking forward to most besides 3D World) and played All-Stars on SNES Online. Never played Galaxy before. Looking forward to SM3DW. Don't really care about Mario Kart Home Circuit, SM35, or the Game & Watches.


Originally posted by K.T.B.
I am devastated.
Say the line, Mario.Legacy custom music
A site where you can be able to hit that dislike where your dislike will be visible to other people and not have to rely on a browser extension as well as actually watch my SMW hacking content

Posted on 2020-09-04 09:35:11 PMLink
I think the price is worth it solely for galaxy if you've never played it before, it is a phenomenal game and probably my favorite 3d Mario even over Odyssey. Personally it'd be an insta-buy for me if it had SMG2, but since it doesn't I may pass.

Super Mario 35 sounds awesome but I hope they have the physics from Mario Maker instead of the clunkiness of the original SMB.

Posted on 2020-09-05 01:32:09 PMLink
The only solid reason I can think of for leaving out Super Mario Galaxy 2 is that maybe they want to release a Super Mario 3D All-Stars 2 at some point - you know, kinda like how Capcom released two Mega Man X collections. That being said, there aren't really that many 3D Mario games left they could even release on the Switch, so I don't know how likely that is. Aside from Super Mario Galaxy 2, the only missing games that come to mind are Super Mario 3D Land and Super Mario 64 DS. Granted, all of those are games I like and I'd be sure to get a collection like that, but I really doubt it's going to happen, since the regular Super Mario 64 is already on the first collection, and it's probably too similar to Super Mario 64 DS for them to consider it a separate game. Still hoping for something like that to happen, but as I said, I doubt it.Feel free to visit my website/blog - it's updated rarely, but it looks pretty cool! 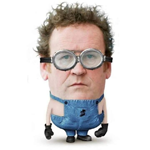 From: In the center of the Earth