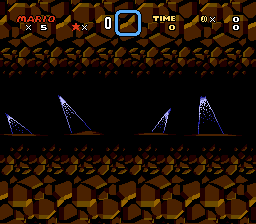 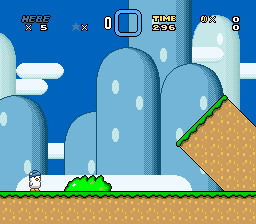 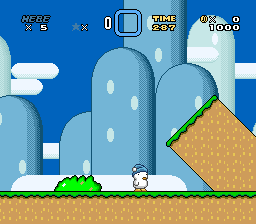 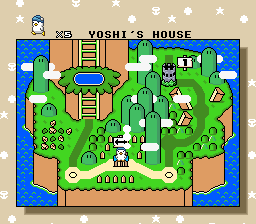 This is Hebe from Sunsoft's Hebereke game series.
Includes an .asm patch to edit the file select, lives exchanger and MARIO/LUIGI START! message texts.
Right now it doesn't include cape, cutscene or the diagonal running frames. 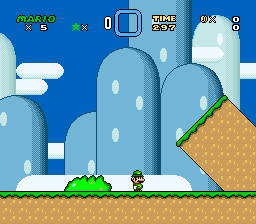 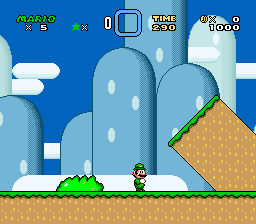 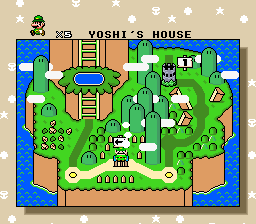 Final Fantasy IX - Kuja's Theme
My first port of a PS1 game! I ported this song because the old port has a 1 star rating with only 1 vote.
Duration: 0:53
Insert size: 0x025B bytes

These are pretty good graphics nonetheless though!
I have nothing else to say now. Huh...

Publiée le 2021-01-08 05:23:57 PMLien
@ The Labyrinth Zone BG - I already mentioned this to you on the Discord, but I like this a lot. I actually had no idea this even existed until the other day, which surprised me, because I actually think I like this background a lot more than the one Sega ended up going with. It's very mesmerizing and mysterious, so it's nice that you thought to rip it!

I wasn't expecting to see a Ufouria/Hebereke rip on here; I always thought that most people had forgotten about that game. Nice to see that it's remembered!


As for the music ports: Of the three, the only song I'm actually familiar with is the Pokemon one. It's a pretty good port; my favorite part of the original song was how dark and mysterious the melody sounded, despite being chiptune. I think you capture that pretty well here, especially with the sample choice. The echo is a fitting effect as well.

I haven't heard the original songs for the other two ports, but they both sound pretty good. The FF9 one definitely sounds like a Final Fantasy tune, though I'm completely ignorant of the Ireland one. These are all unsampled, correct?


Also, the leprechaun Mario is cute.

I'm guessing you're a big fan of the Irish / St. Patrick's Day?Twitter
The handomest people in the world are ones who follow my Twitch

Publiée le 2021-01-08 06:59:23 PMLien
Ooh, this Sonic background is nice. When I saw it I was immediately reminded of the Labyrinth Zone Act 2 background from Sonic Mania: The Misfits Pack. When I first saw it I thought it was a original thing they made for the mod, but I didn't expect it to actually be scrapped from the original game. Really cool! The player graphics are cute.

About the ports: They are good! I'm not familiar with Final Fantasy but compared to the original the tempo is a bit higher, of course this is not really a problem if this is what you intended but just pointing out.

Also in the Pokémon G/S/C port in channels #3 and #4 you defined the @23 instrument in every note, I'm not sure but I don't think that's necessary since @23 is the only instrument in those channels; you can just define them in the beginning of the channel as usual.

It's him.
"If you imitate someone, you can never surpass them."

Publiée le 2021-01-09 06:09:21 PMLien
Great job with the Hebe sprite, must have given tons of work. Also, this Sonic 1 prototype looks great for parallaxing. It's a shame they didn't use it, I find it way superior to the original background.

Publiée le 2021-01-11 02:45:07 PMLien
Hebereke as well as other Sunsoft games really do deserve more attention be it Ports or Graphic Rips.
Anyways the character graphic look really nice I can always see this as a fun replacement for Mario so that hacks feel more distinct with a new character for the player to play as.

Any plans to make any of the other Hebereke characters like the Lizard and Ghost?


Originally posted by K.T.B.
I wasn't expecting to see a Ufouria/Hebereke rip on here;
This isn't exactly a rip, but some of the big frames were edited from the original NES sprites.


Originally posted by K.T.B.
The echo is a fitting effect as well.
I used echo because the song was used in a cave themed location, though I see a lot of songs meant for non-underground themed places using echo.


Originally posted by K.T.B.
These are all unsampled, correct?
Yes.


Originally posted by K.T.B.
I'm guessing you're a big fan of the Irish / St. Patrick's Day?
I'm not an Irish, even though green is my favorite color.


Originally posted by Redwykelz
When I first saw it I thought it was a original thing they made for the mod
The version from that mod looks like the recreated version seen in Mistergambit's Sonic 1 beta remake.


Originally posted by Redwykelz
Also in the Pokémon G/S/C port in channels #3 and #4 you defined the @23 instrument in every note, I'm not sure but I don't think that's necessary since @23 is the only instrument in those channels; you can just define them in the beginning of the channel as usual.
This is because @23 is a vanilla percussion instrument, as only the first note plays with the correct pitch unless you redefine the instrument every note like how I did in the port.


Originally posted by 1UPdudes
Any plans to make any of the other Hebereke characters like the Lizard and Ghost?
No plans for the other characters right now.

Are the other stuff (except for the Kuja's Theme port, I need to do some optimization on that one) good to go right now? Though I don't think the New Years Song will be accepted due to how simple it is.

Also, if you're doing more poses for your Hebereke player GFX, I suggest using the Character Development Kit (provided by MM102) from this thread. It will make your player character creations faster than humanly possible!

Also, any plans on making Oh-chan, Jennifer (he's a boy, btw) and Suzekaemon as well?

Hope to see your stuff doing well, Green Jerry!
Tumblr | Facebook | Twitter | PM | SMWDB | SnesLab
Panty and Stocking—and Pop Team Epic, evidently—are coming back. Once again. Yes, I'm counting on you. 『いけいけ団長、頑張れ頑張れ団長！』Help us raise funds for the Armed Forces of Ukraine. #ДопомагаємоРазом / #HelpTogether
“Even if you personally are so dissatisfied with life that you want the world to end, surely the cruel reality is that it will continue on, unchanging. All the better for someone perfectly content, like me.”
– Aya Shameimaru, Touhou Suzunaan ~ Forbidden Scrollery