Screenshots and history of an Old hack.

*The Air Crackles with Freedom


Some years ago, I had made a level with some of my first graphics, it was a Level for a minievent in the spanish subforum here in smwc. A really simple level that I loved at the time

this is an image of that level.

A simple concept, Industrial level, with a not so original edited map of valley of bowser.

But then, I wanted to do more to that level, so I skipped the event that was made for and started to do somewhat a propper hack.
then I did some more levels, and the hack started growing and growing, to a perfect lenght of a short hack.

And the I had this version of the hack.

I liked it back then, I even relased a Demo on a C3 back then.

This is that old version if you are curious, it's from 2011-12. not the main atraction of this post btw.

But after that, I think i Stopped caring about the hack, I can't remember, but I think it was some compatiblity issues with some tools at the time, not sure, but the last update that I gave the hack was some minor graphical updates and minor level changes.

But then, I wanted to revive this factory hack, last year I started doing something, and well, here yo have something:

All levels are going to be remade from 0, map is redone form 0, but the concept is the same.

An evil doctor is doing something evil with munchers and transforming them into muncher oil in his various factory areas, for what? who knows, but that's making the munchers go wild and Mario has to stop the doctor from this factory madness!

(Note:However, even so this hack uses munchers, this is not a Kaizo)

Demo for this hack? sadly, not yet, i haven't finished some levels to release a demo (also... some of the more complete levels need an exit, whoops)

Thanks for reading all of this, maybe the next C3 I will have a demo, who knows, maybe even the full hack!Made you look. Now Breath Manualy.

Posted on 2021-01-08 07:52:57 PMLink
I always look for industry content in Mario games somehow.
One of my former abandoned projects was all about putting Mario in some abandoned industry environment.

So far I love what I see, the graphical style and the colours seem very immersive and nice, good luck! 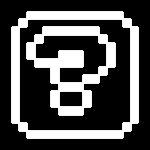 I'll play a demo when it's released, but to be honest, my personal suggestion would be to not make it super long - as nice as the concept and aesthetic is, the "dark" vibe that the overworlds (and some of the levels) give off seems like it could get .. exhausting(?) to the player after a long time.


Also, on a more minor note, I like the fact that you provided information about the hack's history - I always love to watch how hacks grew up from where they started.Twitter
The handomest people in the world are ones who follow my Twitch 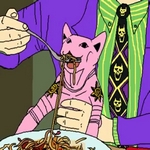 Last seen: 35 minutes and 43 seconds ago

Posted on 2021-01-09 12:59:17 AMLink
Like K.T.B. said, it's a very neat detail that you provided the background story of the hack. Looks very beautiful and promising so far, I hope to see more of the hack in the future. I really think your tilesets are very well done.

Posted on 2021-01-09 06:43:40 PMLink
This is a nice concept! I really like the idea of twisting the already known world themes like grassland, desert and sky, into this dark, industrial thing.

The graphics are on point, specially the colors! These three overworld screenshots also got me intrigued to see more of this hack's worlds and environments.

Posted on 2021-01-09 06:52:34 PMLink
This seems to be a promising concept! The graphics are beautiful and the overworlds are amazing. Really cool that you gave some background story of the hack, good luck with the project!Just some Ys fan lol

Posted on 2021-01-11 03:00:05 PMLink
I know Factory and Industrial settings are somewhat overdone when it comes to SMW Hacks however I really like how things look here with the levels taking place outside of the Inner Factories looking all dull and gloomy.
Its quite a nice touch and attention to detail.

Posted on 2021-01-12 01:57:37 AMLink
I really like the graphics, i think it is a very cool graphic style, also factory levels are not very common, congratulations.

Posted on 2021-01-12 02:00:58 AMLink
Originally posted by 1UPdudes
I know Factory and Industrial settings are somewhat overdone when it comes to SMW Hacks however I really like how things look here with the levels taking place outside of the Inner Factories looking all dull and gloomy.
Its quite a nice touch and attention to detail.

Agreed. The graphics and, especially, the palettes are really superb and set this hack apart from all the other ones which dabble in this theme. Really love the maps, too.
GANYMEDE

*The Air Crackles with Freedom

I'll have something for the next e3 for sure.

but for now, i can give you a peak.

Made you look. Now Breath Manualy.