Posted on 2016-07-24 12:30:08 PMLink
So last night I watched The Good Dinosaur (rented from Redbox). It was kinda meh. One thing that bothered me a bit was that they didn't really explore the concept of 'dinosaurs having not gone extinct'. The dinosaurs could have been other non-extinct animals and the plot would have been virtually the same. I don't think a coming of age story really has much to do with 'yaaay, the asteroid missed us' which was one of the main things that trailers advertised. I feel like that was an excuse to have dinosaur farmers planting modern day crops.
The plot was also fairly simplistic and cliche for a Pixar film, especially coming after Inside Out. If not for the fact that it's a Pixar film, I would have had virtually no interest in seeing the movie at all.Legacy custom music
A site where you can watch my YT videos AND be able to hit that dislike where your dislike will be visible to other people and not have to rely on a browser extension

Posted on 2016-07-31 01:19:52 AMLink
The current nature of British politics inspired me to go back and watch both The Thick of It and the alternate continuity movie In the Loop. Fuck me, Iannucci expects a lot out of his audience.

It's a satirical single camera sitcom about the UK parliament, and the slimy, backstabbing, underhanded politicians that work in it. The "main" character is Malcolm Tucker, a scottish spin doctor who hurls profanity and abuse at his co-workers in the vain hope of having them not fuck up. (They usually fuck up anyway.)

The show is written with the British in mind, so there are a lot of references to British culture and politics that probably leaves it near incomprehensible to anyone outside of the region. Even me, though, had a lot of trouble keeping up with the rotating cast, everyone's position in government, and the overall story arc. It's not a show you watch casually.

That being said, once you get past that barrier, it is fucking fantastic. The situations that the characters end up in are both hilarious and believable, the characters are compelling despite being complete assholes, and it's use of profanity is practically legendary.

Basically, if you know a good amount about British politics, can handle a show that's both crass and relentlessly cynical, and can keep track of everything, both the show and the movie are a must watch.

Posted on 2016-08-15 03:19:04 AMLink
Started rematching some of the Andy Griffith show, which I haven't watched in like three years. Also my dad got me hooked on WKRP in Cincinnati, its such a hilarious old show.

Posted on 2016-08-21 05:35:22 AMLink
Apparently, my little sister tells me that Frank Ocean dropped 2 albums. Well, got to download torrents for her to hear. Not a big fan of him, but 100% respect him.
Sponsored by your local carniceria

Posted on 2016-11-22 10:34:16 AMLink
Looks like King Kong is going to be the first movie I see in theaters this year. I haven't watched the trailer because I want to go into it blind but I've heard good things (specifically that it's campier and self-aware, which is a very important characteristic other giant monster movies tend to forget), plus John C. Riley

The deal was sealed when an ad for it popped up before a youtube video and they used the song Bad Moon Rising. Put that song before anything and I'll go see it.r̲̲̲̲̲̲̲̲a̲̲̲̲̲̲̲̲t̲̲̲̲̲̲̲̲s̲̲̲̲̲̲̲̲p̲̲̲̲̲̲̲a̲̲̲̲̲̲̲̲w̲̲̲̲̲̲̲̲n̲̲̲̲̲̲̲̲

Posted on 2017-01-11 05:53:22 AMLink
Anybody been watching BBC's Dirk Gently? A pretty wild detective romp with some of the most bizarre characters and plot-twists I've seen in a while (at least in western media). Reminded me a lot of Occultic;Nine when I first started watching it actually, with the gristly murders, tangled plot featuring tons of quirky characters and fantastical elements.Evil flower of Pure Illusion... we're going to pluck you out!
Last edited on 2017-01-11 05:53:41 AM by RoydGolden

Posted on 2017-01-11 07:39:18 AMLink
My dad's been grilling me to watch it, haha. Seems like it's become his favorite show. He keeps trying to spoil it in his pitch to me so I have to keep telling him not to. I want to go into it as blind as possible.
it's really charming seeing how excited he is over it. I'll have to check it out soon!r̲̲̲̲̲̲̲̲a̲̲̲̲̲̲̲̲t̲̲̲̲̲̲̲̲s̲̲̲̲̲̲̲̲p̲̲̲̲̲̲̲a̲̲̲̲̲̲̲̲w̲̲̲̲̲̲̲̲n̲̲̲̲̲̲̲̲

Posted on 2017-01-11 06:14:26 PMLink
Originally posted by Hobz
My dad's been grilling me to watch it, haha. Seems like it's become his favorite show. He keeps trying to spoil it in his pitch to me so I have to keep telling him not to. I want to go into it as blind as possible.
it's really charming seeing how excited he is over it. I'll have to check it out soon!

Ha, my dad got me into watching the show too, funnily enough. He was a big fan of the original novels back when he was younger.Evil flower of Pure Illusion... we're going to pluck you out!
Last edited on 2017-01-11 06:14:37 PM by RoydGolden

The Han Solo movie is being directed by Phil Lord and Christopher Miller!?
I've gotta see that, those two are my favourite writer/directors in Hollywood today. I dont think I've seen a single project from those two I didn't like.r̲̲̲̲̲̲̲̲a̲̲̲̲̲̲̲̲t̲̲̲̲̲̲̲̲s̲̲̲̲̲̲̲̲p̲̲̲̲̲̲̲a̲̲̲̲̲̲̲̲w̲̲̲̲̲̲̲̲n̲̲̲̲̲̲̲̲ 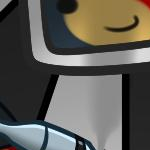 i was worried it was going to be a lame-o cash grab type dealy and I'd only like it out of respect for the original but fuck ME that was a great flick. Danny Boyle's still got it! The best part was, you could actually understand them without subtitles (mostly) !!

I'm a fan e: i also almost saw Kong Skull Island again because they showed the trailer with Bad Moon Risingr̲̲̲̲̲̲̲̲a̲̲̲̲̲̲̲̲t̲̲̲̲̲̲̲̲s̲̲̲̲̲̲̲̲p̲̲̲̲̲̲̲a̲̲̲̲̲̲̲̲w̲̲̲̲̲̲̲̲n̲̲̲̲̲̲̲̲
Last edited on 2017-04-07 04:04:19 AM by Hobz

Last seen: 15 minutes and 38 seconds ago

Posted on 2017-04-12 10:34:04 PMLink
Right now I'm watching 13 Reasons Why on Netflix and it's very intriguing. It revolves around a girl who has committed suicide as it is revealed little by little what lead to that. Deals with social issues like bullying and the like. I recommend it.

Posted on 2017-04-13 12:22:17 AMLink
Person of Interest is pretty good. I binge watched the whole series a few months ago and it had a really good story and a ton of fighting. 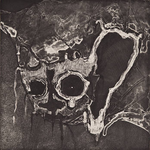 Posted on 2017-05-06 11:00:48 PMLink
^I'm not too picky about alternative rock, so "good band" to me is very loosely defined. Right off the top of my head I think of Avenged Sevenfold, Three Days Grace, Linkin Park (before One More Light, which appears to be a pop album), Twisted Sister, Green Day...


So I started reading The Lion King Adventures, which is a series of hilariously uncanon-like Lion King fanfics featuring wizardry and is told like a Saturday morning cartoon. The story about pranking Zazu made me laugh hard enough to form tears, wrapping around to tear-jerker in a way. I first learned about it on TvTropes.Legacy custom music
A site where you can watch my YT videos AND be able to hit that dislike where your dislike will be visible to other people and not have to rely on a browser extension

Posted on 2017-05-25 05:00:03 PMLink
holy shit I literally just found out nickelodeon is making an Invader ZIM movie with the original writer and voice actors

I am the happiest moron in the world at the moment

Posted on 2017-05-26 09:29:27 AMLink
Archer had a really fucking weird season. The premise is that after the previous season ended with him being shot, he is placed in a coma and imagines that he's a 1940s Film Noir detective.

Already weird, but the thing that really stands out is that they really commit. It's a genuine film noir, and it has a tone that goes back and forth between goofy and dramatic impressively quickly. It's not afraid to spend several minutes building up to a single gag. For instance,
Kreiger's backstory in the dreamland universe is a good example. It turns out that he was a Jew who faked his death and became a Nazi so that he could blow as much of their money as possible on cybernetics by killing his patients. Then when Nazis confont him on this, he reveals that he has robot dogs and mauls them all to death. This is all played seriously...until the nurse he's in love with states that he hates him for being a Jew, and he casually mauls her to death as well.

And in the finale, where Lana gets shot by accident by Mother, and it's very dramatic...until she keeps constantly getting shot because the gun has a hair-trigger.

It's a really divisive season in the fandom, but I really enjoyed it, even though I'm not sure about the finale.

Posted on 2017-06-06 07:55:46 PMLink
Originally posted by ThePat545
holy shit I literally just found out nickelodeon is making an Invader ZIM movie with the original writer and voice actors

I am the happiest moron in the world at the moment

I'm hoping Nickelodeon is going back to it's original roots. Since other broadcasting stations bring their original shows back. Adult Swim recently came with an return of Samurai Jack to finish it's story for example or The Powerpuff Girls getting a worse but new reboot.

You just gotta hope that the old writers and actors will make something good out of this movie. It isn't very common that a cartoon gets a movie (Marvel and other superhero movies aside)

Posted on 2017-06-07 03:19:31 AMLink
the trailers seemed like classic invader ZIM material to be real with you, I'm just worried that they'll screw up the animation

Posted on 2017-07-31 10:48:00 PMLink
The best show on TV that nobody is watching right now is Crazy Ex-Girlfriend. Despite having the poorest Nielsen ratings out of any show on Network Television, it's genuinely amazing.

The title might make it seem unappealing, but it's actually a hilarious, irreverent, and occasionally heartbreaking take on romantic comedies and musicals that criticizes its own title.

The premise is that a depressed lawyer named Rebecca Bunch finds his old flame, Josh Chan, and decides to move to West Covina to be with him. If there was anything about romantic comedies that bugged you, this show has probably devoted at least one musical number to ripping it apart. It filters the reality of relationships through someone with obvious mental health issues who believes in tropes like "true love" and "destiny". Plus, it has really likeable, yet flawed characters and great, hilarious musical numbers.