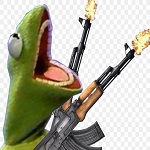 Inspired by Mice and also the urge to expand on levels revolving around powerups after my KLDC 2021 level, this hack will feature 5 difficult, long levels. Each level will focus on the IDEA of a vanilla powerup but with liberal chocolate changes to fit each powerup theme...like this!

Shot's Fired has one more room planned before the boss, but I need to polish it so it isn't included. Also included is an updated/nerfed/fixed and final version of my KLDC level which will be used as the star level.

Posted on 2021-07-03 06:37:03 AMLink
I can see a lot of work went into this, congratulatons. I really love the looks of this flower level you're showcasing. It is good to have a video since I probably won't have the skill and/or patience to actually play it.

I like a lot what you have done with the floating black block sprite, it poses a serious threat ahah.

Posted on 2021-07-03 06:44:50 AMLink
I can see the ways it was inspired by MICE but with that said I really like how well the level flowed with all the different techniques and sprite interactions.
That little intro screen for the level was a really small but nice touch which lets the players get an idea of what they are in for when it comes to main level.

It's nice to see more power-up action in kaizo hacks, they have potential for interesting puzzles or gimmicks.

update: figured out you can stand on the grass tiles in the boss MD


i am the coolest person !

Last seen: 40 minutes and 26 seconds ago

Posted on 2021-07-03 08:20:19 PMLink
I don't really play Kaizo hacks myself, but I gotta say, I love these little level intros! They remind me of certain Game Boy games and ooze with charm.Feel free to visit my website/blog - it's updated rarely, but it looks pretty cool!