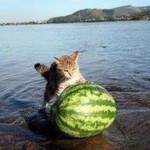 As a quick explanation, most sd2snesFXPaks have a usb port on top of the cart. There's a lot of cool stuff you can do with it. Below are some of the things I've experimented with using said usb port.

I finally figured how to get the usb port to work with SA-1 SMW Hacks, which opens some useful possibilities in the future.

Here's a little teaser showing off some of the Chat Hacks features on the well known SA-1 hack Diagonal Mario 2:

I'm planning to actually do an SA-1 Enhanced Chat Hacks stream on my Twitch channel at 4 PM PDT on Tuesday the 6th. Come by if you wanna see something cool. Or lots of crashes. Either way.

I modified the SMW Randomizer and the SMRPG Randomizer to produce roms where SMRPG items--including Key Items like the Bambino Bomb--were hidden in SMW levels and each SMW game's useful Mario abilities--like switch blocks, use of powerups, non-exploding yoshis--were hidden in SMRPG. Using USB magic and the power of the internet, I got three other players and my SNES connected together so that we could move items between eachother's games.

If this all sounds confusing, it kinda was. Just watch this clip of me getting earthmeLon killed.

I was fortunate to get to exhibit this twice.

For both of the runs, pidgezero_one joined in on commentary as both an expert on SMRPG speedrunning and a developer of the SMRPG Randomizer. Had a lot of fun playing it, even when it broke during the stream.

As for why it's not being publicly released...well:

tl;dw: It needs a serious rewrite to be viably buildable/playable outside of my home.

Almost forgot! I made this silly little thing where I could say sprite names and make them spawn in game: https://twitter.com/patcdrttv/status/1355079905902432260

It never really went anywhere, but it was a fun afternoon project.

That's all I got this year. Everything else I've been up to is of the far less interesting behind the scenes stuff variety, like my automated editing/Youtube scripts. Feel free to ask any questions about how this stuff works. Always happy to answer questions.

Posted on 2021-07-04 03:47:20 AMLink
This is so interesting see how you can in a sense modify and play multiple roms that effect each other on separate consoles even over the internet and I will never not be amazing by the creativity and ingenuity of the rom hacking communities.

Posted on 2021-07-04 03:46:48 PMLink
Having been to your streams a couple times I'm already impressed by the stuff you do with the FXPAK. What you're showing off here is very cool!

One thing I forgot to write about. I ended up adding some twitch channel points incentives for when I'm doing FFV Four Job Fiestas, a type of variant run when you are stuck with a pool of only four jobs chosen by a Twitter bot.

Anyway, from Twitch people can change the color of the menus (both white and hot pink are shockingly popular), make the screen shake for a while and change the characters' names.

The last one is a lot trickier than you'd expect, because names like Lenna and Faris are baked into the RPGe translation's script. Had to re-edit the script a bit and write some new ASM to support names properly.

And, of course, I have in game Twitch alerts: 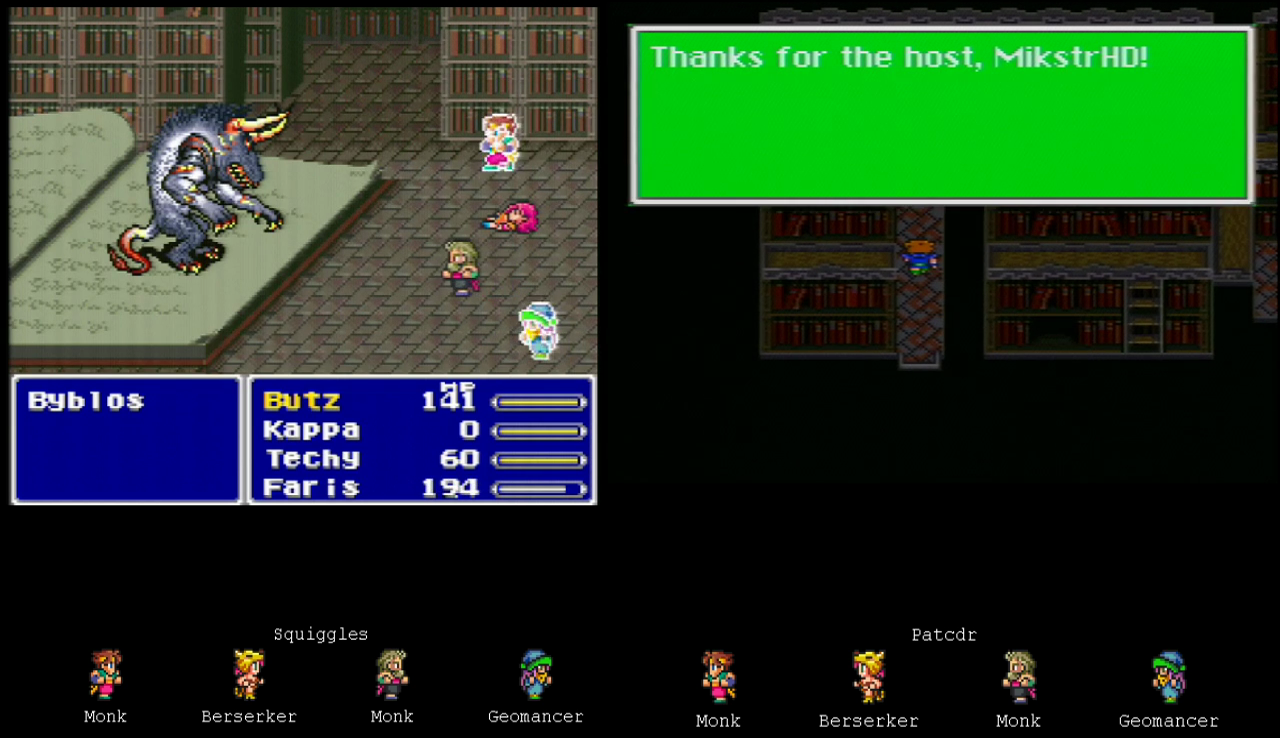 Oh, and the hud at the bottom is an automatically updating display of what jobs every character currently has equipped, but I wrote that forever ago, so it doesn't count.
Last edited on 2021-07-05 09:43:17 PM by patcdr

Posted on 2021-07-05 09:39:30 PMLink
It's always crazy to see cross-game randomizers, especially with such different games as SMW and SMRPG! Definitely going to have to look at all the other work you've done with usb2snes as well.

Last seen: 8 months and 6 days ago

Posted on 2021-07-09 04:58:47 AMLink
This concept of the game receiving data from outside the cartridge has had me thinking about some cool stuff lately.

Randomizer/CrowdControl type stuff is hella cool already, and I envisioned a cartridge with some kind of Micro attached that can download content from the Internet at runtime. So like every time you power it up, you get a new level or something.

Love this kind of work, keen to see more of it!

Posted on 2021-07-09 07:27:12 AMLink
This is actually pretty neat, I kinda slept on it! It provides some fun possibilities for etertaining Twitch streams. The SMRPG crossover was really quite the unique concept.

I wonder if it's also possible to debug ROMs via this port, that would be really handy. Though I assume if it is, someone has already created tools for it.Feel free to visit my website/blog - it's updated rarely, but it looks pretty cool!