Posted on 2021-12-30 04:33:38 AMLink
I actually debuted not one, but two sound drivers: the first one is my own KFFSND sound driver, used for Cover 18. The music data is extremely early (and thus is practically hardcoded), but the core components are in pretty good shape. For Cover 20, I created a completely custom sound driver for the purpose of giving myself enough room to fit in all of the samples... and to pull off reversing samples by software through the raw BRR data. Unfortunately, it didn't quite work... but I left it in since I thought it was in character to the original source material. 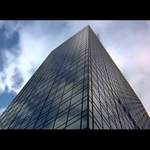 Posted on 2021-12-30 05:01:22 AMLink
Welp, I've placed awfully and feel like crap for it. Honestly, September and October this year were awfully hard for me, so it isn't a surprise it impacted my choices in music and instrumentation.
Should have spent more time with my mother instead of doing this stupid entry.

Now to comments,
I'm confused at all the usernames I don't know like Diciono or hana lee, I suppose it's because some of them are not on SMWC?

As I predicted, my author guess all are whack, save for the 1 song I ID'd from Segment (you go my man) and the others from Hooded Edge.

I also want to say that the original songs by hana lee were pleasing to me and they reminded me of Janno27's style. I know Janno27 does not take part in contest so the best second guess I could have was brickblock369 ahah.

Anyway, there were a lot of music I loved in the bunch and I was surprised to see them placed not as high as I placed them myself. But I must admit I am overly generous when I give a note, since most of my votes were between 70-100. Like to get below 70 the song really needs to grind my gears.

KFF, you really did a good job with Jean-Michel Jarre and I'm happy to see this French composer coming up in a contest. Somehow I believed this was exodustx0's work hehe.

Congrats guys and see you next time.Hot threads in your area:

Oh, so you're the one that guessed Hanna's compositions as mine? 🤔 Quite interesting that you did...

Originally posted by qantuum
I'm confused at all the usernames I don't know like Diciono or hana lee, I suppose it's because some of them are not on SMWC?
They're not from SMWC, but are in the Super Famicompo Discord server. Hanna has been a participant of Battle of the Bits, and Super Famicompo was promoted to BotB too as far as I can tell.
Last edited on 2021-12-30 05:13:31 AM by brickblock369

I decided to enter this year, purely for the heck of it, with an amateur composition. I know how to make SMW music, but just barely - I have no sense for subtle effects or proper mixing, and my submission sounded very primitive overall.

Hearing all the songs, I was certain I was going to get last place, because every single one sounded more refined than mine. (not even mad about it, because I know I'm not a musician, and I really entered only for the fun of it, as well as maybe to get some feedback.) Having said that, I'm astonished that my song ended up in the top half! I really appreciate the feedback people left on it - I fully agree with the remarks on production quality, and I'm glad there were some things to appreciate about the composition.

Congratulations to the winners, and thanks to everyone who had the expertise and patience to vote! Posted on 2021-12-30 02:20:23 PMLink
I do love how the one cover whose engine I've been reverse-engineering in an effort to study its machinations is the one guessed to have been made by me

Also, congratulations to all of winners!


Originally posted by NewPointless on Cover28
Really interesting style and sample usage. Tuning issues. Mixing is off at times. Inharmonic tones in the upper register don't cohere with the texture.
Personally, I think I've already ensured all of samples are correctly tuned, though I understand sometimes it would made people feel detuned due to sample usages.


Originally posted by Masterlink on Cover39
It's pretty catchy, but those extremely downsampled Roland-esque squares sound awful and clash terribly with the other more high quality samples.
Yeah, I admit it has the problem. When I port this one, I found it's not that easy to rip a SC-88 Square Wave sample in decent quality while maintaining smaller insert size, so I just pick that one from Opus/DBOOT engine.
Formerly known as tcdw (2011-2021)
Ports・AMK SPC Disassembler・C3 Winter 2022 Stuff
YouTube
Last edited on 2021-12-30 07:16:47 PM by Nanako

I made it in SNESMOD, and while SNESMOD normally has the advantage of a live preview before the conversion process, pitch modulation is generally the exception to the rule, and it's hard to predict, too.

Still, I persevered enough to make a bland FM experiment.YouTube

Posted on 2021-12-30 10:25:03 PMLink
Originally posted by exodustx0
I do love how the one cover whose engine I've been reverse-engineering in an effort to study its machinations is the one guessed to have been made by me

Cover 20? Alright, time for me to spill the beans... Here's the entire thing (spoilered if you don't want to know all of its secrets):


First of all, the music format is completely custom in the sense that it was specially adapted for the song. Its specifications are below...


The way I time when to process the next command is via detecting a voice bit set from the ENDX DSP register: that means the sample is on its last loop. One of the samples has special handling because its loop point is not at the beginning (it is also incompatible with the sample reversing magic because of memory constraints: all of the samples except for the last one are played at a single base sample rate: the last one is higher quality than the other two because of the tambourines, which were not audible on the quality settings that the others used). The reason why only the loop point is changed is to get rid of both synchronization problems and clicks/pops that could have been caused by keying on the sample again. Reversing the sample was not a problem timing-wise since I never needed to play a high pitched sample and transpositions were only down, not up.

The cover is also based off of multiple versions:

May this be fixed please? Did it occur for other users?Hot threads in your area:

Posted on 2021-12-31 04:09:20 AMLink
oh god i did not think i would get 1st place... thanks. i worked on my entry during university time and i kinda fucked up the organization i had and had to absolutely priorize university again which was tiring... but the result here tells me it was worth it.

Yeah, I wasn't expecting someone to guess me since this is the first SFC I enter and my SPC experience, in the public side of things, is very obscure.

Since the start of the year I was thinking about porting this song because it's catchy and when making the calculations for the channel count... surprisingly for a Wii game, not much had to be sacrificed. It also had many awesome effects that could be done on the SNES without much significant loss such as the PWM-esque sound at 0:55. SFC3 was the perfect opportunity to do this and as soon as it started, I started working on my entry. I finished in 1 or 2 weeks and since it was only one entry, I had a lot of time to polish it.

I assisted myself by ripping some samples from the DS version of Sonic Colors, such as (iirc) the sitar at 1:50 and strings at 1:28. Still, I mixed in some effects such as tremolo, panning, surround and panbrello to make the samples sound more unique and not as flat, considering the music kits used for modern music do more than just playing one .wav file at different tuning for each note.

The drum loop comes from its original source (not the game or the DS version). Originally it was the whole sample as a single .brr but I split it up and replaced the parts that sounded similar to save space. The bass was an essential part of the original song, so I improvised ripping a part from the Roland SCVA Modular Bass since that's the more approximate sound I had avaiable, and figuring that by applying surround to one speaker and not for the other, it had that "evolving" feel the original song's bass had.

I replicated the intro keyboard's "gliding" effect by taking 2 samples from the DS version of Sonic Colors: one is a sine keyboard that's actually used, and other is a wave that I think it's unused on the DS version of the song? but was enough to make an effect similar to the one heard in the Wii version, by panning that wave from one side to the other. I did a panbrello effect for the sine keyboard too, to spice it up.

The pianos were something I was careful with: Besides spending a struggling lot of time to get them right as the chords between the DS and Wii versions aren't the same, I used multiple q commands so every individual note had its own volume. I'm a (beginner-intermediate) pianist, and I made it like that so it has a more-realistic feel since it's common that fingers don't touch one key with the same intensity as the other: I think this is more noticeable on the arpeggios at 1:16 and 1:52!

For the lead at 0:11, I was gonna make it with 2 samples to replicate the subtle "flanger"-like effect it has in the Wii version, but I liked more the echo effect it has so I went for that. I added panbrello to where the "flanger" part would kick in though, so it doesn't sound very flat.

The other stuff is typical porting tricks like loops, same sample for cymbal & reverse cymbal, complimenting a sample with an extra channel so its release is smoother, and so on.

I'd like to make this compatible for SMW but for now it can't be feasibly done... You'll see why later. I think that's everything I wanted to share about my entry!

Posted on 2022-01-04 05:18:40 PMLink
Goodness, I'm still very surprised I placed in 21st! I was certain I would be lower since I know barely anything from a technical standpoint. Placement aside, this was such a fun experience and I would love to enter another contest like this in the future!

I also really appreciate everyone's honesty in the comments, I'm new to SMW Central and making songs with SNES limitations, so the feedback is absolutely helpful! I made Orig40 in FL Studio but I converted it to MIDI and then edited it in SNESGSS. SNESGSS was easy to use but didn't exactly give me the results I wanted (and making the samples was a pain lol), but I'm inspired to try learning how to use the AMK method.

Congratulations to everyone and thank you! I'm excited to learn more about making SNES music

Posted on 2022-01-04 09:04:26 PMLink
So unfortunately the contest is already over and now we have to wait again for the next Super Famicompo

but...it was just a mega pleasure for me and a big thank you to you sincx for the organisation!!!!

I think it's a bit sad that those who gave the ports a bad rating sometimes didn't leave a comment.

On the whole, though, it was a really nice contest. I'm already looking forward to the next one!