Posted on 2022-01-19 08:13:38 PMLink
Hello everyone! Gonna ramble a tiny bit before talking about the project since this is my first time on this new account. I lost access to the email associated with my first one entirely, unfortunately. It's been a while since I've been on this site, like 13 years or so, give or take, but it's great to see it going strong! Since the hacks I remember making were from when I was 11 and were quite frankly BEYOND terrible quality from what I remember (and my conduct on the site was even worse), I had decided to move on from this site as life itself moved on. But recently I decided to go back and play through some of my favorite hacks on here and it reignited an old childhood sense of creativity and wonder I thought I lost, so I figured, what the hell? Let's see if now that I have a functioning frontal lobe and a tangible grasp on game design if any of that creativity and love for Super Mario can create something meaningful.

Anyways, preamble from a first post over! Onto the actual project now! To summarize, the hack will be a bit of a mix of classic Mario platforming with a bit of open-world Metroidvania style design. It's not going to be particularly long or extremely challenging, but something that you can take at a nice pace and has a good amount of secrets and difficulty spikes at times. Main inspirations here were Zelda II and Breath of the Wild and some of the Mario RPG games, but mixed with a lot more traditional Mario Bros. platforming on top of it.


PLOT SYNOPSIS:
It is a time of peace for the Mushroom Kingdom. After years of drawn out conflicts and what seemed like endless kidnappings and harebrained schemes gone awry, the notorious King Bowser of the Koopa Kingdom has surrendered to the Mushroom Kingdom. Word was sent to Princess Peach to sign a peace treaty, allowing the two kingdoms to coexist and prosper together as newfound allies. As a token of his good faith, Mario and Peach were invited by the King to join him on an all expenses paid trip to the mysterious "Fungshroom Kingdom" on his latest technological marvel, the cruise ship Wayfarer! But is this newfound peace all that it seems? What plans does Bowser truly have for Mario and the princess on this journey? And just what lies ahead of them in this mysterious Fungshroom Kingdom???


WHATS PLANNED:
-36 primary levels to explore and 6 bonus maps for a total of 42 levels to explore!
-A large, non-linear overworld with 5 Worldspaces, 4 of which you can explore in any order once you beat World 1 and open up the main Overworld
-Each of the 5 major Worldspaces and the larger overworld all have a Hub Area with friendly NPCs, item shops, and warp points to the other Hub Areas
-Two separate endings! (Not necessarily a "good ending"/"bad ending" thing, just two different branched outcomes)
-More modern Mario movement elements such as wall-jumps, triple jumps, and ground pounds accessible for your base movement
-SMB2-styled health meter where you're always Big Mario at least (fire flowers and the feather are still powerups, Small Mario just doesnt exist)
-A replacement of the outdated lives/1-Up system with an instant checkpoint "retry" system for convenience
-3 Digit coin counter, beating levels no longer gives Bonus Stars but instead gives you coins, and coins no longer give extra lives (since there are no lives)
-Beating Castles and Challenge levels give upgrades that give out extra effects to your base skills and powerups, such as charging up fireballs, feathers giving double jumps or doubled flight time, ect.


GRAPHICS:
For the art direction I'm not straying too far from the basics, Im thinking of going for a blended approach that mixes the styles of both the finalized SMW and elements of the SMW Beta style, along with some influences from the RPG games, particularly the stylized elements from Mario & Luigi series. AND a bit of influence from the Super Mario Bros. Super Show JUST a little bit. TBH, I only really started active development about a week ago so all the graphic elements are absolutely a work-in-progress. A number of the assets are either hosted on the site or taken from leaked Beta files of SMW, although the new grassland tiles were something I whipped up myself. As time goes on I'll be including more and more custom, stylized graphics, but honestly the Super Mario World style is so iconic and straying too far from it isn't something I'm super interested in. Expect more screenshots the further into development I get, of course.

Here's the screenshots so far since I need to upload some! 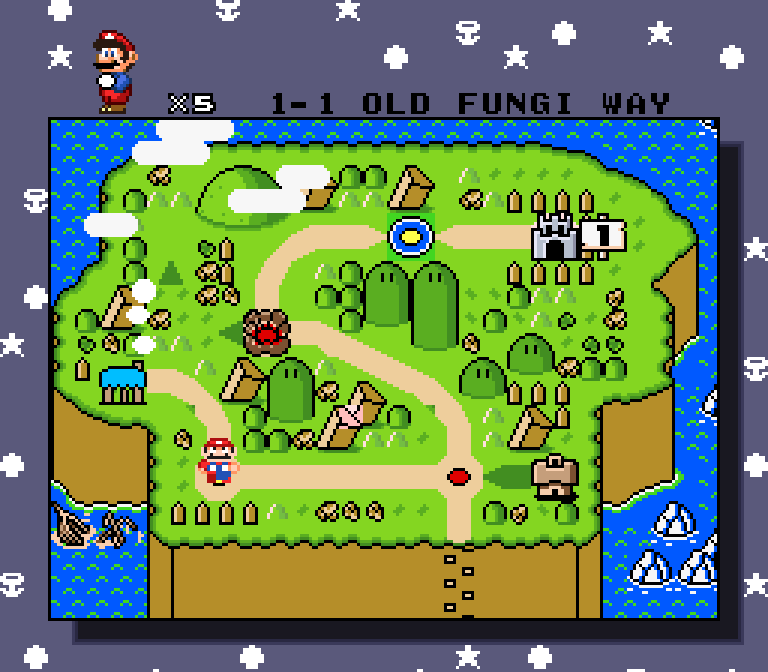 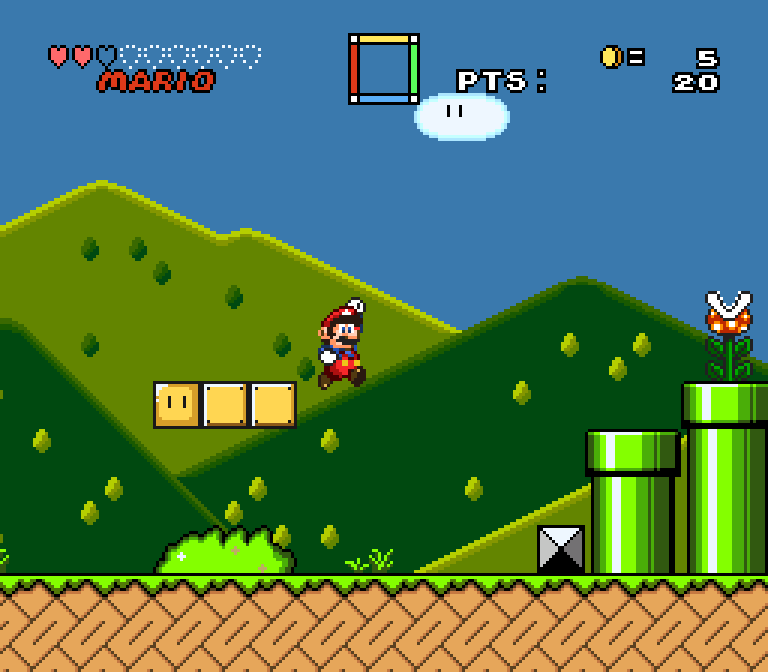 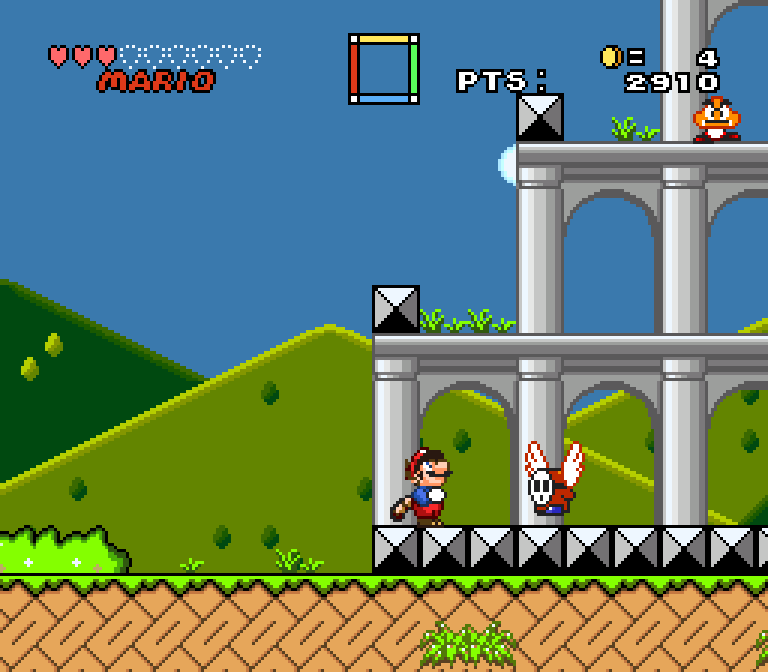 P.S.
Hope I expressed the way the project is going to go and this was enough to get things started on here!! Im still refamiliarizing myself with most of the tools (and definitely getting the hang of ASM hacking again, rip) but ABSOLUTELY confident in this project! Feel free to give feedback as necessary! Ill try and be somewhat active on here and answer questions as much as I can!! :')
Last edited on 2022-01-19 09:48:19 PM by RecurrentWayfarer