Your controller for smw (platformers) 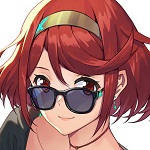 Last seen: 5 months and 9 days ago

Posted on 2022-06-24 02:58:03 AMLink
I've been playing SMW hacks and other 2D Platformers on a keyboard since I was a pre-teen. It's kinda hard to go back. Right now I'm using a Cherry MX switches Mechanical Keyboard and I find it just as satisfying to play games on as I do to type.

I think using keyboard for SMW has pros and cons. On my mapping, it's way easier to keep holding down run when you cape spin or throw a fireball. But besides that I'd say a keyboard is actually more difficult since you're using more fingers to play, which requires greater dexterity. In particular gimmicks that require LR can be quite hard because I have to move my left hand up to do them instead of just always having a finger on those buttons.

I've used a controller for a few modern 2D platformers, though. On my switch, used Joycons and the Procon interchangeably. Celeste and Metroid Dread come to mind. For Celeste, I thought it was generally preferable because one of the gimmicks really wants an analog stick. But dashing in the wrong direction probably accounted for several hundred deaths, which is actually just like 10 minutes in Celeste, but still. For Metroid Dread, I have no idea how you'd make it playable on a keyboard. Forgot the free aim you need stick for, it uses every other button too. Probably one of the best examples of 2D video games controls, it makes you feel like a deity when you execute properly on a controller.

Have no fear, Amy Rose is here! 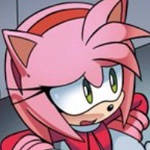 Posted on 2022-10-21 09:20:08 PMLink
I just use a keyboard. Not sure how to use a Switch pro controller with snes9x or if it's even possible.Legacy custom music
A site with a non-useless dislike button
SMW hacking channel