We've done it, folks. I'm proud to announce that SMWC2 is officially, and finally, out of beta. Today marks the beginning of a new era for SMW Central.

What is SMWC2?
For you, SMWC2 is a modern redesign of the entire website. SMWC2 remains faithful to the classic look of SMW Central, while greatly improving the overall user experience. Internally, SMWC2 is a complete overhaul of SMW Central's codebase that makes it much easier for us to improve the website and keep it working smoothly.

Alongside the redesign, SMWC2 introduces many new features, with more on the horizon. Among the most notable additions, you'll find support for mobile devices, a language selector, and new sections.

Interested in learning more? We've created a special page with all of the details!

A brief history
The idea for SMWC2 appeared almost 10 years ago and was pioneered by our old owner, Kieran Menor, working alongside long-time admins p4plus2 and Ersanio. The new design first appeared in 2014, courtesy of wye, who has supported SMWC2, provided invaluable feedback, and iterated on the original design ever since.

Originally, SMWC2 was intended to be a full rewrite of SMW Central. Such an effort eventually turned out to be unwieldy and the project was abandoned for several years.

After I joined SMW Central's development in 2018, I revisited SMWC2 and began to investigate how we might bring it to fruition. When the ownership of SMW Central passed to Noivern in 2019, I started making substantial updates to the website's internals that would not only make it easier to maintain as technologies rapidly evolved, but also open up the possibility of switching to the new design.

It was during this period that the current interpretation of "SMWC2" emerged - SMWC2 as a combination of internal refactoring and a modernized design.

Later in 2019, SMWC2 entered its Private Beta stage, during which it was partially available to our staff. In 2021, we transitioned to an Open Beta, during which access to the new features of SMWC2 became open to everyone. The people who applied for this beta are our highly valued Beta Testers, whose feedback helped advance the project even further.

Finally, the Public Beta stage began earlier this year and made SMWC2 accessible to truly everyone. Now, SMWC2 is finally stable enough to replace the outdated legacy theme.

What about the old design?
Do you prefer a more retro aesthetic? If so, we've got you covered - SMWC2 comes with a scheme called "2006 Nostalgia" which closely emulates the default scheme from the old design.

However, the old design itself will no longer be accessible, for multiple reasons. Its code is difficult to work with, requiring a lot of effort to produce results that are subpar compared to what SMWC2 allows us to do. As such, we simply lack the resources to support "old" and "modern" versions of SMW Central. Indeed, the old design has been largely unmaintained since the start of SMWC2's Open Beta, with few issues being fixed and all new pages, such as Tweaks and Online Tools, exclusively using SMWC2.

This also means that the old schemes cannot be used anymore. Just like the old design itself, many of them were partially broken and received little support. Meanwhile, SMWC2's new scheming system is far better documented, more powerful, and allows anyone to create new schemes on GitHub.

We know that several old schemes were well-appreciated, and this is where you come in! If anyone wants to volunteer to help port an old scheme to SMWC2, please get in touch with me. Though the old schemes aren't accessible anymore, their code will be preserved and shared with people who want to help convert them. And, don't forget - if you contribute a scheme, you'll get a shiny trophy for your profile!

We're also in the process of preparing a "museum" of old schemes. More on that later, but rest assured, the retro era of SMW Central will not remain forgotten!

What now?
There's nothing more to say, really! All that's left for you is to explore SMWC2 and enjoy its new features.

Once again, I would like to thank Kieran Menor, wye, p4plus2, Ersanio, our admins and staff, and our Beta Testers for the continued support during these years. SMW Central has made me who I am today and it's been an honor working with you all to improve it.

Well, off you go! Welcome to SMWC2!

I remember when I had early access to some pages back in 2019-2020 when I was still in the staff. It's nice to see it finally complete.

Last seen: 20 minutes and 45 seconds ago

I still remember the open beta being released before I even became staff, and I've been looking forward to its full release ever since.

Great job to WYE, Telinc, the volunteer beta testers, and everyone else who helped make this a reality. Fantastic work.Twitter
The handomest people in the world are ones who follow my Twitch

Posted on 2022-11-25 03:55:46 PMLink
Great job for making it happen! I know how ridiculously much work something like this takes, as the amount of time it took pretty much proves. I think the outcome looks and feels pretty great!Feel free to visit my website/blog - it's updated rarely, but it looks pretty cool!

It was cool (and a great learning experience, and also fun) to be able to contribute to the site in this way. Kudos to all who've been, and will continue to be, working on the site!

Last seen: 37 minutes and 16 seconds ago

Posted on 2022-11-25 04:41:18 PMLink
As a staff member, I was able to use it before the open beta and even back then, it's certainly a massive change compared to old SMWC to the point where I stayed with it. The QoL features like quick post as well as a generally cleaner page makes me not miss the old site, for that matter (plus, I've been using it for years so I got accustomed to it). The only thing what really was weird to me is the move of the user menu to a "headbar" instead of the sidebar where all the other stuff are located.
That being said, I mostly use the nostalgia scheme because old habits never die and it has much more character than the current scheme.

Posted on 2022-11-25 05:34:17 PMLink
I’ve been knocking around long enough off and on staff, as was lucky enough to be on staff when Kieran showed us the mocks wye had done way back in 2014. I always wanted to to see it materialise; but unfortunately that wasn’t meant to be back then so I kind of accepted SMWC2 was never going to be a thing after that.

Then Telinc came to our rescue, and that idea of SMWC2 became oh so real again! I’m so pleased to see SMWC2 come to fruition.

Thank you Telinc for bringing this together; thank you to wye for designing (and then redesigning lol) SMWC2; and thank you to all the users and staff who tested stuff, broke stuff, to help this come together.

As one who's been used to the classic theme for ages (and personally it's one of the themes I still look up to due to nostalgia), switching over to SMWC2 was actually really easy. I too briefly checked on it before the open beta during my times as staff, and it's great to see this thing finally materialize.

Thanks everyone, and especially Telinc and WYE, for this gift! It all looks great and functional. 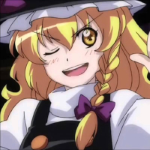 With that said, I wanna say a big congrats to everyone who's worked on this. This is one of those projects that's been going on for so long you kind of don't think about it ever getting done, but it's been worked on impressively steadily in the past few years (at least transparently), and seeing it finally get finished is just awesome. I've been excited for this day!

Posted on 2022-11-26 02:05:50 AMLink
It's really nice to see this finally release. I've been using the beta for pretty much as long as staff have been able to test it. While I will miss my the C3 Mario Maker theme I contributed to creating, perhaps I can port it over at some point.

Posted on 2022-11-26 04:40:23 AMLink
this is history for the website, i can not say anything else other than that it look really good and that i like the 4 default schemes

You know the rules, and so do I. 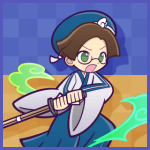 Posted on 2022-11-26 11:40:39 AMLink
I've been beta-testing new design since the time when SMWC2 entered the Public Beta stage and I just loved it! Everything looks very pretty than the original design from 2006 and it works well on mobile. Needless to say, this is a grand welcoming change.

Tumblr | Facebook | Twitter | PM | SMWDB | SnesLab
Expect to have more intel about The Hacking of PuyoPuyo coming soon. 『いけいけ団長、頑張れ頑張れ団長！』Help us raise funds for the Armed Forces of Ukraine. #ДопомагаємоРазом / #HelpTogether
“Even if you personally are so dissatisfied with life that you want the world to end, surely the cruel reality is that it will continue on, unchanging. All the better for someone perfectly content, like me.”
– Aya Shameimaru, Touhou Suzunaan ~ Forbidden Scrollery

A huge congratulations to the Staff and Development Team for making SMWC2 an actual thing!
Twitter ☆ MyAnimeList 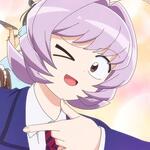 you are a great person :3

I'm not from fairy tail 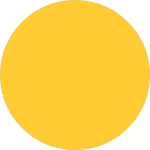 SMWC2 is actually INCREDIBLE! And thank you THANK YOU for keeping the 2006 nostalgia theme because it, paired with the new look of SMWC, looks AMAZINGLY great

Seeing that there's mobile support being worked on as well has AGAIN made my day, absolutely incredible

I am looking forward to it!

Posted on 2022-11-27 07:13:49 AMLink
Hmm... I seem to have encountered an issue with this new layout that I didn't have with the old layout. So, in the SMW Music section, it now looks like this for me:
Image
The Rating column is partially cutoff, and the columns to the right of Rating do not show up at all, at least at my typical browser width. I can see them if I maximize the window, but I feel like I shouldn't have to do that just to see all of the columns there.

Oh, and in my file bin, does it no longer show the total number of downloads for each file now?

how do you rotate blocks in lunar magic