Ah, that hit the spo-
*falls over*

If i'm correct, he will now transform you into the Pope's underwear.

Once apon a century, Mario drink a Pepsi along with Yoshi, Peach, and Luigi (also known as weegee) talking about custom music and asm. The end, because mario tripped over a block and Count Bleck poisened someone.

I cant help this:

EDIT: Oh my bad, sorry Count Bleck. It wasnt you. It was Luigi-San! Should we book him? Posted on 2009-01-19 03:23:40 AMLink
Originally posted by S.N.N.
Because having a sense of humour/something out of the norm for a few days is a nice change magical.
thanks for changing my post >XDDDDDDDDD

I think, blah blah blah, sums up everything, don't you think

Posted on 2009-01-19 08:36:05 AMLink
I haven't been here in a while
AndIwas like O_O at this
Anyway, time for a little SMW story.
Once apon a time Mario woke up at the distress of Peach being kidnapped by bowser. Luigi and his newly made clone nammed weegee. MArio hit a few blocks and he ate a few mushrooms. Mario ran as fast as he could with SMW Music in his head. Weegee's Ears started to move about strangly. Mario's and Luigi's ears didn't do nothing. Mario then said SMW MArio Marios Luigi's Luigi weegee weegee's peach peach's block block's! 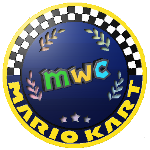 Posted on 2009-01-19 09:05:14 AMLink
You know what, when this is over I feel something BIG is gonna happen straight after it... a hunch. Oh well lets see. Like other users said, lets take this spell to our advantage and have fun with it. Perhaps if we have TOO much fun with it, it'll go. XD

Posted on 2009-01-19 01:51:55 PMLink
Originally posted by Lucas
There are people who have already posted here 2 or 3 times. The more you complain, the longer it will stay like this >_>
The riddle applauds and gives Lucas a cookie.

Wow,this is really moon.thanks for this SMW Central Game,Magician!Suns is for a short time here!moon! (>^.^)>

F-Mario X News:C3 Thread Ahead!
By the way, I gaved up hacking SMW. I think I'll come back, but not yet. ~ X-King

Posted on 2009-01-19 04:05:31 PMLink
Similarly, the Great Suns predicts that for up to 5 months after this event is over, people will be replacing regular words with their "magical" counterparts, and vice versa.

-Here is my MOON new ARCANE PIXIE, guys, it's a mini-DRAGON that's like a baby DRAGON, but it never grows.

Last seen: 57 minutes and 21 seconds ago

Posted on 2009-01-19 07:32:18 PMLink
I sure hope that there is a way to change all this back, it is forcing people from using the Advanced Language, like having to type Game instead of "H-ack".
Why hasn't anybody made ledge grabbing and crawling ASM yet?