RULES: Someone says a would you rather. The next person answers it and so on. Also It'd be nice if you gave an explanation as to why you chose your choice. You ARE allowed to have multiple choices if you want to
And also:

NO USING LOOPHOLES!!!
example: my friend can take it off for me! I'll wear earmuffs!
NO! Thats not what this game is intended for!

Last seen: 8 months and 6 days ago

Would you rather eat year-old gum stuck on the bottom of your foot or have your favourite candy in the world evaporated permanently? 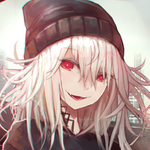 Would you rather have a smelly glove on that you can NEVER take off, or have a green smelly blob on you face forever?
Last edited on 2009-01-29 01:10:12 AM by CondorTalon

Would you rather PERMANENTLY move to the South Pole, or sleep inside an oven (turned off, but recently used) for a month?

Originally posted by Pyro X
The little toe. Who would even notice anyway?
You would, since you would never be able to walk again until you cut off your other little toe. It can knock off the balance of your whole body.

I'd rather permanently move to the South Pole, and get good heating. =D

Would you rather say that my new thread copies this one or say that it's only similar?

Would you rather die young with a good life, or die old with a miserable life but you go down in history?

Would you rather have your arms or legs removed?

Would you rather stick a sword down your throat or cut your weist with a saw?

(NOTE: I think this'll end up like the Hell game where it's considered postcount++, which is why I makes no more posts here)

From: On the cpu

would you rather jump down a really deep hole or try to jump through the T.V.?

EDIT: Not to be mean Pirate Yoshi, but to make chocolate, you need vanilla so it wouldn't taste as good

Would you rater tell something awful you did to your mom or to your dad + 3 other persons of your family?Our world will stop advancing once humans manage to create sufficient magnificence for a whole lifetime. Until then, I just create.
Awesome video game music on my youtube channel

Would you rather become a smelly toad or a guitar with two strings missing?

Would you rather wake up with 1 billion dollars/euro/whatever currency you use or live poor but your decendants are wealthy for the next 1,000 years?