Posted on 2009-07-23 12:35:00 PMLink
This hack looks great! Can't see anything wrong with it it, no cutoff (I look a ton for this) and other errors. Keep up the great work and I really look forward to it's release!Hello there, here is my new blog. I will usually update it every day.
My Pokemon:

The new and improved status bar. I removed the Exits counter and replaced it with an Air counter. I also made the Yoshi coin counter numerical.

The revamped title screen. All I did was change the graphics and stuff, but it looks better, no?

This fish kite thing will replace the goal posts at the end of each level. It's just like the SMB goal, except you don't climb down.

I'm nearly done, just have to do the village, which might take a while, and a few miscellaneous things.

The OW basicly looks the same, but I guess it's less toonish...

And the flag/goal looks cool, and it's animated

Hello there, here is my new blog. I will usually update it every day.
My Pokemon: 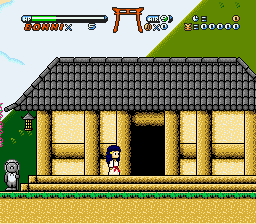 This NPC level is a WIP, meaning I'm currently working on it. When I'm finished, the demo will possibly be sent to the beta testers, so watch out for it soon.

Posted on 2009-08-01 12:01:09 PMLink
Originally posted by xman0444
I cannot wait for this hack. It looks soooooo good.
Can't agree less, Mario as the main character is starting to annoy me.Hello there, here is my new blog. I will usually update it every day.
My Pokemon:

Last seen: 5 years and 1 month ago

GOTHCLAWZ: This is a demo, so there are less levels than a full hack. The hack has about 5 levels, plus one bonus and 1 NPC level.


The hack is going to be sent to the beta testers soon. Real soon. Like, right now if I feel like it. I finished the demo, so... hooray, I guess.

From: Inside the Animus

Just an idea one of my beta testers gave me. This won't be in the demo, but it will be in another demo. 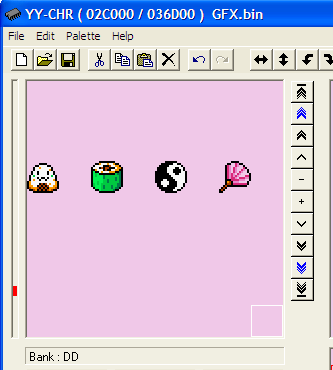 I don't really like the Star replacement, so if you have any ideas, tell me.

Edit: Since I can't double-post:

Posted on 2009-08-05 06:45:45 AMLink
This was ALMOST a win hack for me. The only thing that brought it from being a win hack to a not win hack was the glitchy tower entrance shown in this screenshot.

Myabe it was the patch or maybe not. This needs to be fixed in the next release.Hello there, here is my new blog. I will usually update it every day.
My Pokemon:

). And I really like it so far. Gotta admire the time and effort spend to make all those custom graphics. It all fits well together, the monkey sprites and the far east theme of the hack.

The only point of criticism is the entrance cutscene at the castle, but I'm sure thats just a mistake. But hey it's a demo, I can live with that.

I hope you will continue making this hack, we need more of the Bonni goodness!Aka Deusscraft
Youtube Channel.

! Like... Keep it up and this is going to be my new favourite hack! Really good work there ;) . The hack was a lot of fun to play and it wasn't boring for even a second. The difficulty was just right as well. Your graphics are amazing! <3 monkeys! Also the music and the Japanese characters really give this hack a Japanese-ish feeling. Also I liked the effect when you got a Fire Flower. Keep up the good work!Feel free to visit my website/blog - it's updated rarely, but it looks pretty cool!

Posted on 2009-08-05 12:40:11 PMLink
I just finished playing through your hack and found it quite interesting. The fact that you changed most of the gameplay really makes it worth playing. Your graphics look really nice, and I especially liked how you changed most of the enemy graphics such as the Koopas. The Japanese-ish feel of the hack is also quite well-done. Aside from the castle entrance bug, (I'm surprised none of your beta-testers found that o.O) I enjoyed playing your hack.

Posted on 2009-08-05 02:40:29 PMLink
I played through all the available levels, and I'm impressed. Although I would disable the No Yoshi Intro at least, as Yoshi does not appear to feature in the hack.

I would also like to say that I like the new graphics on the start screen and those powerup substitute ideas look GREAT,but I agree that the star replacement is rather ninja like.How about a golden hair pin or something...If anyone needs help with custom Character GFX,PM me.
<Note> You will have to have a progress thread in order for me to work on GFX for you.No random requests.