The Power Of Reality 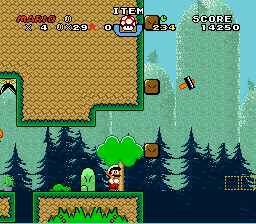 Invisible coin block just before a gap & the fact that you have to get the goddamn block to advance = no. 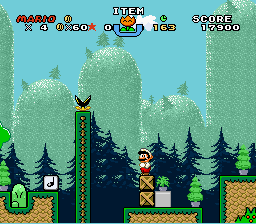 The bouncy mushroom turned into a note block. Sure are odd mushrooms around here. 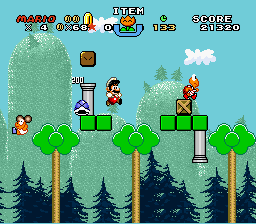 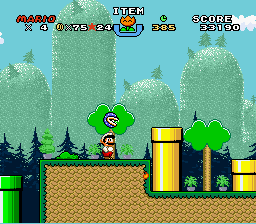 Since when did floating blue Venus plant heads convey messages to Mario? I'd suggest you change it to a message box. 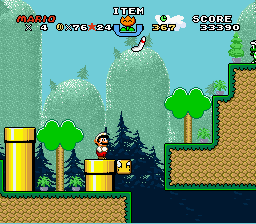 One of the worst places for a power-up (or any for that matter) block ever. 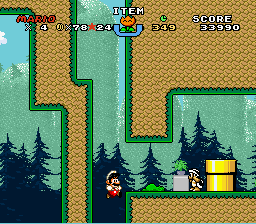 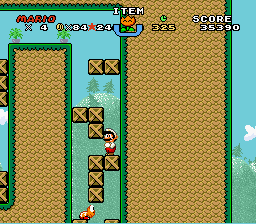 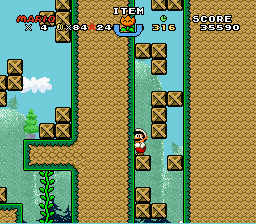 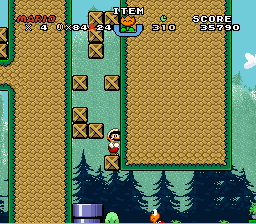 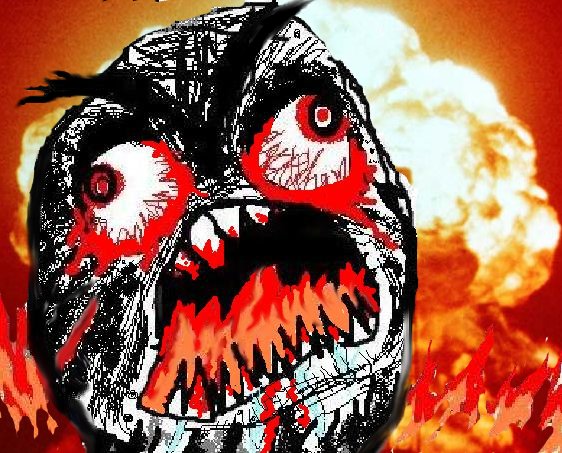 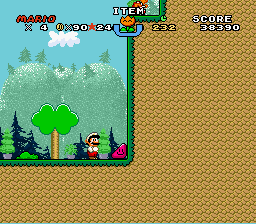 I got stuck here because the triangle doesn't work.
Vah'Neela's Mansion coming soon. Local: Under the starry skies

But seeing as how English is Greek to you, I'd advise you to ask someone to be your proofreader (if you can even understand what I mean).
Vah'Neela's Mansion coming soon.

Postado em 2009-09-22 10:08:49 PMLink
... Yeah, right there a great idea! Even more why my English is taken from a dictionary.
Midna, so I understand, you want to be my reviewer? If so, I would like, and FFFFFFUUUUU-, I understood clearly.
On the occasion, this my overworld is good? NOTE: ignore that path side Mario, serves only to relax:

Well, there's some understandable newbie mistakes on this overworld, but there's nothing hideous; only two or three pieces of cutoffness that I can see."Lip: A Fairy's Tale" project status: Slow (Visit the project thread here!)

Postado em 2009-09-22 10:24:55 PMLink
Hum ... if that small space, you can probably imagine why that error, but it would be appropriate to use it in my overworld?
And one more question, how it will work the Kafkaesque revisionism? I am sending you a PM with my message that I will post, if you have something wrong, you straightens and sends me a message back for me to post it correctly?

And what I mean by proofreader is, I want to review your ingame dialogue, not your posts."Lip: A Fairy's Tale" project status: Slow (Visit the project thread here!)

Postado em 2009-09-22 11:04:41 PMLink
You should probably change what FFFFFFUUUUU- told you to, first. The overworld, while it doesn't look terrible per se, has some dodgy areas that could use some fixing. I'll point them out, if you don't see them."Lip: A Fairy's Tale" project status: Slow (Visit the project thread here!)

Postado em 2009-09-22 11:12:10 PMLink
Really ... was already time to change this overworld, but will continue to be smb3, because as it is in history, the world is changed by the new power of Bowser!
Then I sent another version of my hack, with the Overworld improved, and some bug fixed. 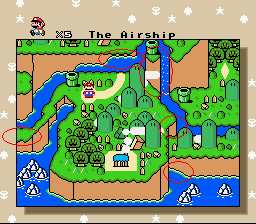 oh and i don't want to make it sound like a command but it's just that he probably uses a translator and thus can't understand complex words anyway
Vah'Neela's Mansion coming soon.
Última edição em 2009-09-23 07:06:21 AM por LocoRoo

Postado em 2009-10-04 10:55:23 PMLink
I made a discovery! Although Golden Yoshi never appeared in any game in the series so Mario, except for Yoshi 'Island, through a trick / tip / code, it is cleared to play, that is, it's just a secret character.
Well, then I assume I have every right to use it, right?

But well, I came to post images of the update of my hack and informations:

I moved all over the map compared to the previous version;
The map now returned to his classic style;
But with some GFX changed: 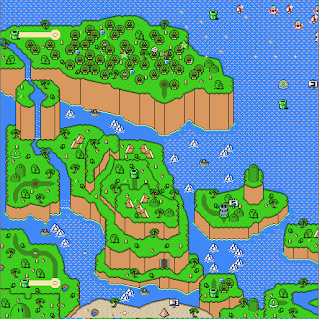 The GFX of game will be in redraw: 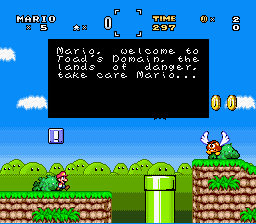 I also improve the cutscenes, see: 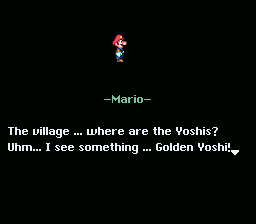 And also moved the history:

After the incident in The Cursed Forest, Mario has become vacant for 5 months to find the exit of the forest, he found out, Toad was surprised to have seen he after long, Toad said that the princess was very concerned about Mario, Mario then went to see her... let's skip that part... Mario went to see Golden Yoshi, Mario was in for a festival,They was comemorating that they are not attacked by Bowser since that Mario disappeared...or is, 5 months...
Mario wonder, why so long? And after defeating Goren...Mario went to see Golden Yoshi, he arrived at his hut, when he came in, the lights go out... when they rekindle, Golden Yoshi disappeared...

You if ask, that The Cursed Forest is that?
At a time ago, I launched a hack for Halloween, with this title, please visit this page and check out the hack!(portuguese Page) Well, I'm almost finished the demo, I just need to find the right songs... Postado em 2009-11-24 03:16:31 PMLink
Hm, there are a few perspective errors on the overworld, but it's not blocky and well decorated, so nice job on that. Oh, and you can get rid of all the sprites in the top right corner by going to Overworld -> Edit Sprite list. Then I would recommend adding some more random islands up there, since it's pretty empty.

The graphics in the other screenshot are actually great. I don't know how well they fit the background, since the background is rather cartoony and empty, and your foreground is REALLY detailed.

The overworld is pretty good! Bit of cutoff, but not bad.

Postado em 2009-11-24 07:16:40 PMLink
Originally posted by NTI Productions
Mario went to see Golden Yoshi, Mario was in for a festival
Sounds quite like SMW2+3, but whatever.

The OW looks quite impressive, a lot better than your previous one. The levels seem nice to. Looks like you really improved and polished this hack, nice work.

But something very good, is the implantation of HDMA that I put in hack, now we have a hack so much nicer.

At first, I thought about it too, so I put several things in the history of the hack, as an example, the mushrooms Withering.