Posted on 2009-10-29 11:48:50 PMLink
Welp, here you probably are, either embarking on your first ASM tutorial or have tried countless others and none have worked. In either case, I think this ASM tutorial is for you. It's designed to be simple, SMW-relative, easy, and most of all very explicit and plain. I'll teach you the easy stuff, and spell everything out. That way, you can do at least a LITTLE asm, right? Better than nothing. Then, if you're lucky, we'll do the harder stuff later. It's for the stuff you can use to make cool gimmicks in levels, but at the same time only being a few lines of code. Mostly, this is for cool stuff that you can add to levels for effects. Nothing complicated.

I'll start at the very beginning. This tutorial might have a lot of words, but it's made for skimming or heavy reading depending on how much you care.

What is ASM?
ASM, or Assembly, is the very basic code that the SNES runs to keep everything going. Sprites, blocks, LevelASM, EVERYTHING, uses this code. On one hand, you can get very very complicated, making 3Dish effects and fancy, gamechanging codes, but on the other, you can create simple things in quick, easy, steps. Note that this information will not try to be accurate, but simply easy to learn, as the accuracy doesn't matter yet in this stage. You can learn the hard stuff later, right? You learn single-digit subtraction first, and then your teacher teaches you all the exceptions and special rules.

Some important terms:
ROM- This is that code that I talk about above! This is all the code for Super Mario World, made into numbers (that's not important; your assembler does that for you!) that the game reads. The sad part about this is that it can't be edited with other code. Sorry, but that's how it works!
RAM- This is a whole bunch of numbers, variables, that the game uses to determine everything. Think of it like a street, actually. Here you are at RAM Lane. The first house, with the address 1, has the number 4 in it. The second house, with the address 2, has the number 66 in it. Each address- we'll talk about this later- is just a "holding place" for a number, and you can access those numbers to find out what they are.
Hexidecimal- Sometimes refered to as hex, this is the proper number system for SNES programming. I know what you're thinking- what? I have to learn all-new numbers? Well, not quite. Hex simply works like this:

Notice how those "ABCDEF" got stuck in there! It adds (tens-place)A,B,C,D right after (tens-place)9. Lucky for you, this is all you have to learn for now. Use Windows Calculator to switch from decimal to hexidecimal whenever. (All Programs > Accessories > Calculator. Then, go to view > scientific. Type in your value, then press "hex." There you go!)

Accumulator-
This is like a RAM spot, but it can be changed using commands instead. It's the "holding place" for the number you are currently dealing with.

Here's what I have:

Alright. Put all of these things in a folder. Now, some of you are probably worried we are using xkas and LevelASM (complicated stuff, right?) But not to worry- I'll go through that step-by-step too.
Firstly, let's install LevelASM into your rom.
1. Open up the Start Menu. (You know, that little button at the bottom-right part of your screen.)
2. Near the bottom of the panel is "search..." type in "cmd" without the quotes.
3. Wait as it searches...
4. Aha!
5. Right-click on the top one.
6. Select "copy."
7. Now, go to your folder that has all that stuff listed above in it.
8. Right click on a empty space and press "paste."
7. Good, first part over.

Now, let's actually get it working.

4. This should be the result. If it's not, and you get a error,
type "xkas smw.smc level.asm" instead (without quotes.)
5. Open your rom and start a level to make sure it still works.
6. Now, close your rom. Congrats, you have inserted levelasm. Now you just have to put in the code.

Putting in the code

First, I'm going to teach you two things: LDA and STA. These are codes, that tell the game what to do, the first you will learn. LDA will put a value in the accumulator (that variable that you put stuff in, remember?) and STA will take that value, and put it somewhere you want.

First, let's talk about what we will be doing. We are going to make some of the game's numbers, like lives, coins, and so on, stay at a value. We will do this by taking a number (LDA) and putting it in the address of the "house" that the game's other number, like lives, go in. So, you'd take a number like 5 and put it in the house for 19, which will make that house, 19, have the number 5. (STA)

Okay, now we get to run wild. Follow this format:

Now, let's go here! That wonderful little page has all the addresses for the "houses" that each number of SMW lives at. Almost all of them, anyway. So, let's find a entry that we like. How about this?

That would make mario have a cape, all the time, in level 105. This is what it looks like to me. Save the file.
Now, go back to the command prompt (that black box) again.
Type in
xkas level.asm smw.smc

depending on which worked last time.

Aha! Mario has a cape, awesome.

Now, I'll show a few more examples. Run wild!
Please note that not all addresses you choose will work. Some are bigger than what you can use right now, some have different ways of working, crazy stuff like that. But for now, just find a few and experement.

Save the file, and then do that command prompt thing. Hahaha! Mario is aways ducking.

Oh, sweet. Mario can always have a star in the item box.

Now, let's do another template.

Now, this one is a little trickier. You can only have one copy of this code running in your entire file, so make sure that's the case.

This code checks to see if some number in SMW is equal to a number of your choosing, and then, if it is, you can load and store a number to it.

Now, how about this: If the powerup is a flower, (number 2,) then mario will have 10 coins. Okay.

This is what it looks like for me. Save, and do the command prompt thing.

The CMP has the same rules as the LDA from the first code we did.

Okay, here is another. If you have 10 coins, then ,make mario have a cape.

There you are. Not too hard at all.

If anything goes wrong, if you have any trouble, or questions, etc, just give a post here and I'll try to solve your problem. It makes the tutorial better, so it seems fair it goes here.

Posted on 2009-10-30 12:25:30 AMLink
Wonderfull, Maxx, just wonderfull! If this had been here when I first started ASM with SMW I wouldn't have had such a struggle!
Give Mario some love?~ 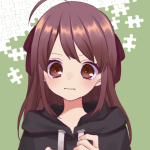 It works, but it's lacking the code necessary for the animation to occur. Now, is this something I could just copy into the code, or do I have to code it myself?

Also, the coding from Levelinitcode.asm from the updated LevelASM patch will only take effect at the level start, am I correct? If so, if I were to set Mario's coins to zero in Levelinitcode.asm, they won't be permanently zero, right?
Last edited on 2009-10-30 03:17:10 AM by ChaoticFox

Posted on 2009-10-30 04:24:03 AMLink
Maxx, you have explained asm the best. I already knew a bit more past this extent, but it's always helpful to get a good refresher course. great tutorial, I can already think of quite a few gimmicks for some levels!

It works, but it's lacking the code necessary for the animation to occur. Now, is this something I could just copy into the code, or do I have to code it myself?

Also, the coding from Levelinitcode.asm from the updated LevelASM patch will only take effect at the level start, am I correct? If so, if I were to set Mario's coins to zero in Levelinitcode.asm, they won't be permanently zero, right?
First, the animation can be helpfully done with this code:


That should do it properly. And yes, about the init, that would work perfectly.

I'm glad you all enjoy it! Keep in mind that this teaches you the super-simple, however, so it works well to begin with but at one point you'll have to move up in tutorials.

Also, you might consider including INC and DEC commands.aran - Graces of Heaven

Posted on 2009-10-30 07:41:19 PMLink
Thanks for the help, Maxx! Two more questions. I noticed that custom blocks used the same functions, but RAM addresses are put into STA differently. For Level ASM, you inserted the RAM address for Mario's powerup status as $7E0019. But for a custom block, it was shortened to $19. Why is this?

Also, can block functions such as STZ be used in other forms of ASM?

Originally posted by GhastlyFox
block functions
What's that? All opcodes works in all forms of ASM.<blm> zsnes users are the flatearthers of emulation

Posted on 2009-10-30 08:49:18 PMLink
Originally posted by ghostlycool666
Thanks maxx! Now I can be like carol! Never mind. I need VERY GOOD asm skillz to be like carol (I mean that the asm that carol has)But thanks! Great... Now how can I make Xkas patches...
Also made by Maxx


Originally posted by GhastlyFox
Thanks for the help, Maxx! Two more questions. I noticed that custom blocks used the same functions, but RAM addresses are put into STA differently. For Level ASM, you inserted the RAM address for Mario's powerup status as $7E0019. But for a custom block, it was shortened to $19. Why is this?

Also, can block functions such as STZ be used in other forms of ASM?
Because the $7E00 is assumed. Thus, addressing such as $19 and $86 is fine. The $7E is assumed when using direct addressing ($xxxx), so $0DBF is valid. However, you must include the $7E for RAM addresses past $7E1FFF, which is explained by these tables.
World Community Grid: Thread | Team

Posted on 2009-10-31 12:56:19 AMLink
You showed us how to make specific level asm,but what about asm that effects the whole game?Like mario can't ever reach top running speed, for example.

Posted on 2009-10-31 03:50:25 PMLink
Then you would make an xkas patch to hijack a routine, which is explained in Maxx's other thread.
World Community Grid: Thread | Team

Posted on 2009-10-31 04:01:55 PMLink
Yes. Universal hacks like that require a patch over levelASM. Besides, in most cases a simple LDA STA won't help you get any exciting features applicable to a whole game.

Posted on 2009-10-31 04:24:15 PMLink
Really,then how would I go about doing that?I wanted to make it so mario can't reach top running speed(he changes to running frames)unless I press the spin jump button.