I designed this sprite to me more or less similar to mario in terms of physics and interaction, but quickly noted that I could not reproduce the same physics. I then noticed that the jump height/speed of my replicated sprite looked a lot like that of SMB2 luigi. I settled for that. I gave it the graphics of a rex with palette 8, and called it good. I've been working on this non-stop for the past month, and I'm very happy about where I've gotten with it.

So far, sprites I have interaction with:

sprites that have partial interaction:

Anything else will crash the game when touched, as each sprite requires two lines of code to prevent the game from crashing.

It's reeeeally hard work, sometimes aggravating, but it's worth it in the end when I can show you the product.

Now, it only needs a second status bar for the second player

Posted on 2009-11-16 04:46:02 AMLink
Ok, now a downloadable co-op. This will definitly take place in my hack. The physics of the second player are bad, but it's nearly impossible to create a second Mario as a sprite.

Epic win for the fact, that it's downloadable. (Sorry Azure)

Last seen: 56 minutes and 51 seconds ago

Noobish Noobsicle, great job on that. It looks good! I'm curious as to what you meant by adding two lines...you mean you have to hijack part of the routine of every sprite and add a little extra code, or do you add that part in the sprite itself?

Anyway, as I said, it looks good. Keep it up, and good luck on continuing the project!

Why were they laughing in English?

Posted on 2009-11-16 05:07:32 AMLink
What's with everyone making 2-Player co-op hacks this C3. o_O
Well anyway...This looks pretty great! I'm glad that you've decided to make a release for this. This will open up many possibilities for SMW hacking. It's a shame that there's interaction for only a small amount of sprites. However, this must've taken a LOT of effort. I'm sure many people will appreciate this. :) 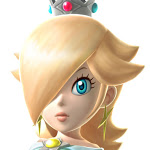 Posted on 2009-11-16 05:12:23 AMLink
You have created the god of all sprites at this years C3 Noob. This adds a whole new experience to hacking. I have the perfect idea for the sprite thank you again for creating this peace of art.

Posted on 2009-11-16 06:22:45 AMLink
Actually, out of the three release, I liked this one the best. Mostly because it's the least glitchy and the most cool, imo. I guess Azure's had the thing where you could still play it one player, but still.
I'm waiting for 'Super Mario and Golden Rex's Adventure'.
(Name copyright by Kristian 2009.)
I'm kidding, if you really want to use it, go ahead...IRC Quotes (March 20th update!)

anyways great job on this, certainly some advancements in 2P co-op are to come.

Last seen: 5 years and 4 months ago

That would probably make every hack more interesting.

Originally posted by Fawful
A WINNER IS YOU!

The following post contains huge amounts of epic win.
So munch that it is illegal.
*We take no responsibility for any dropped jaws or blown up heads because of this post.
~SMWC management
*) If you do, we will feed you to the **stacked munchers.
**) We don't have one so please find one yourself.Want to run Lunar Magic on a Mac? CLICK HERE
Mac SMW Hacker.
Currently on PC for the holidays.
Projects
[????]

Currently working on: WTF NOT WORKING ON ANYTHING?