I play whatever, don't really play online much but add me anyway. 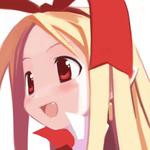 On Live I usually just play Halo: Reach and Halo 3 (and then I'm usually playing SWAT). I also play MW2 and BlazBlue:CS onlinefaithless pile of filth

I usually play Shooters. I got quite some games =D

Contact me,and we can play.
I am a bot.

I'll be on after christmas playing some MW3 most likely.Creator of:
Super Mario: Buried Treasure
The Haunt
Jigsaw's Test

Posted on 2011-12-27 08:24:53 AMLink
I don't really like the idea of posting my Xbox Live Gamertag here, so I'll instead acknowledge I have one and recently reacquired live. If you want to play with me send a PM my way and I'll give you the gamertag. Just make sure I'm somewhat familiar with you and know who you are before sending a PM, because otherwise I'll give you the wrong one! Bwahaha!......Ok maybe I won't do that.

Uhh....games I play? I'm on the lookout for anyone to co-op Halo Anniversary, but I also play online on all the Halo games for 360. I play for fun though, I gave up competitive matches a long time ago. DeadRising 2 Off The Record Co-op is also something I'll play, plus maybe Resi 5 if you wanted.
Last edited on 2011-12-27 08:26:02 AM by Huxellberger

Posted on 2012-01-04 03:21:19 PMLink
Hmm... I never noticed this thread haha. Anyway my XBL Gamertag is AvengedxScrub =D Avenged is a clan me and a couple of friends started, which didn't hold together, but we still play together lol. Also Scrub is a nickname that my Best Friend gave me, he just started calling a bunch of people it randomly at his house haha, then he started referring to me as Scrub instead of my actual name, so I was like alright cool, no problem, not like I am an actual scrub, so whatevs haha.

And the games I play online are MW3, Halo Reach, sometimes Guitar Hero 3, an Indie Game called Total Miner, Ultimate MK3 (I am beast at that haha), and a variety of other XBL Arcade games.
Visit My

My PSN is GigaX571. I mainly play Disgaea 4 and Little Big Planet. Not games people on here usually list, I know. =p

Last seen: 2 years and 3 months ago

My Most Played game online would be Halo reach.Nothing to see here... 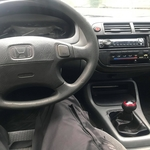