Publiée le 2009-12-19 02:20:54 AMLien
Yeah, I was skimming through my pokemon sapphire today, when I had found my old save file that had a shiny pidgeotto on it(legit not cheated) that I traded from fire red. That's basically the only shiny that I have, but I want to know if any of you guys have met any shinies or caught some in the 3rd and 4th gen pokemon games. By the way, the red gyarados from HGSS doesn't count since it's always shiny when you battle it.

Publiée le 2009-12-19 03:23:39 AMLien
Once on Sapphire I was roaming around Lilyclove, and I found a shiny shuppet, I freaked out and was about to catch it but I had NO DARN POKEBALLS OR ANYTHING.

Publiée le 2009-12-19 03:25:30 AMLien
I have never caught or even found a shiny Pokemon. Though I find Pokemon with Pokerus a lot, so I guess that pretty much pays for me never finding any shinies.

Publiée le 2009-12-19 03:34:30 AMLien
Originally posted by Red Chameleon
I have never caught or even found a shiny Pokemon. Though I find Pokemon with Pokerus a lot, so I guess that pretty much pays for me never finding any shinies.
Yeah, shinies are really rare, so not everyone gets lucky. I believe it's a 1/8192 chance of finding one, or something like that. 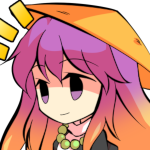 Publiée le 2009-12-19 05:03:40 AMLien
I have gotten a Voltorb, Aron, and 3 Eevees by chaining in Pokemon Diamond. Without chaining, I've only gotten one Aron in Emerald. I have also ran into other shinies but unfortunately had no pokeballs.

Publiée le 2009-12-19 05:26:48 AMLien
There's the shiny Gyarados in Gold version,
this Rhydon I killed, and never caught, as I didn't know the value of a shiny Pokemon back then. Gold version also.
In ruby, I swear I recall getting a black Zubat, but the real shiny color is green. I guess it's the GBA's no backlight's fault.
The second Shinx I saw ever was shiny, and I caught it. :><: I've grown used to the color and now disapprove of all blue luxrays. (Pearl version.)

Publiée le 2009-12-19 05:37:12 AMLien
I remembered a few more that I forgot about. On my diamond I found a shiny geodude, and I still have it. I just looked through gold and found that I still had my shiny parasect or however you spell it.

Publiée le 2009-12-19 06:16:38 AMLien
I've caught like ten different shinies, but I don't really care for them too much. Unless they evolve or are a Pokémon that I plan to have in my team, I just put them into a box and forget about them.

Publiée le 2009-12-19 07:08:05 AMLien
I played Pearl and Platinum for a combined 100 hours or so, and only saw one shiny Pokemon while it was at work. I believe it was a Rhyhorn or Rhydon on Victory Road (though my memory may be serving me wrong). After it sparkled though, I had a major "holy shit" moment.

Publiée le 2009-12-19 10:25:30 AMLien
I had a shiny Tentacruel (or whatever the english name is...) which was green and blue. That was on Sapphire, back when the stupid game still worked, now it's broken or something.

Publiée le 2009-12-19 10:35:14 AMLien
I had a shiny Tentacool. I thought the game (Leafgreen (GBA)) had a gltich. I caught it. But then started a new game. THE next day I realixed it was a shiny pokemon. Grr. If I still had tht shiny Tentacool. I will soon though have a shiny Purugly. Im trading a Giratina for it.

Publiée le 2009-12-19 12:26:58 PMLien
Originally posted by Quizler
this Rhydon I killed
Come on, "killed" is such an ugly word. "KO'd", if you please. Respect the lack of violence Pokemon franchise.

Publiée le 2009-12-19 02:52:01 PMLien
I caught Shiny Unown in Gold and a Shiny Golbat in LG.Eguallam na ounie-- ikei kabiya.
Abhorring repetition without spellcheck and without variance since 1957.

Publiée le 2009-12-19 04:12:13 PMLien
In total, I've caught 2. In diamond I caught an ADAMANT shiny Machoke (extremely lucky) and in Platinum I just caught a shiny Onix in Victory road, but now its a golden Steelix so whatever.

Also in Pearl I ran into a shiny Weepinbell, but sadly the weakest pokemon on my team was a level 86 Crobat so there was no way to catch it, plus all I had was about 3 pokeballs.
Dernière modification le 2009-12-19 04:16:28 PM par Tormentor2