What would you do with $30 millon? 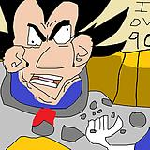 From: In a Holographic Universe

Last seen: 7 minutes and 12 seconds ago

Posted on 2010-03-13 09:43:11 AMLink
Give it all to scientific research into sentient robots, causing them all to turn on us sooner and eliminating the human race. Of course, I'll make sure they're all programmed to love me.

Posted on 2010-03-13 12:25:26 PMLink
In all honesty I'd go move to Canada or Seattle in the USA, buy the latest technology, a nice house and car then deposit the rest in the bank for whoever the hell wants it afterwards.

I would try to open a cartoon industry, but it would fail, since i am not that big, for now.My deviantART
My Youtube channel
My avatar
Watch, i made a Super Mario 64 level

Posted on 2010-03-13 06:39:23 PMLink
I'd probably take it all out in twenty dollar bills and then attempt to build those money houses/clothes you always see on TV.

Oh, I might donate some to charity too, but my primitive entertainment comes first.

Posted on 2010-03-13 08:08:30 PMLink
I would resolve all the problems!
Also buy houses in several places, do a world tour and buy every little object that can make me happy.
If remain money, i would deposit.

Posted on 2010-03-13 08:46:17 PMLink
30 million dollars? Let's see, I would most likely split it. Half would go towards investing, that way I would always have some form of wealth. The other half would go towards spending; a new place, cars, and a massive amount computer related technologies. And they said money couldn't buy happiness...AnimeList | MangaList

-> Give $300.000 to every relatively close family members and/or friends I have
-> Donate 1 million in total to charity
-> It's highly unlikely that I'll be on SMWC then, but just say. I'd donate $1000 here.
-> Use the rest for later, such as emigrating to Australia, solving unexpected problems I may encounter later, etc.

Edit:
I would invest 1 million in whatever....