That reminds me... I know that the "Super Mario World 2" was removed from the GBA title screen, but does it (or an equivalent amount of empty tiles) still exist in the ROM?

Posted on 2011-03-08 02:08:43 AMLink
Originally posted by Yoshis Fan
It's Golden Yoshi's SMW 2+, no? Well, that's not too good, since SMW 2+ is the most unedited Yoshi's Island hack (I mean aside from levels, the ROM is hardly edited). And if there are problems like this, you converter might require more updates. But you could test this: The wrong-looking Little Mouser sprite uses a Sprite Palette, that comes along with the header information of the level itself. In the SNES Sprite Palette #3 is the correct index for the Little Mouser. It could be that thing is a simple conversion bug. Maybe it's using a different palette index on the GBA or the converter does not port the level header in a proper way.

There's also another sprite that glitches out...
I couldn't tell whether or not they were sluggies or those mini-slime guys. Either way, they had garbled gfx in...a level in world 4 or something? Or was it world 5? I don't remember anymore, but everything should be fixed when the sprite-sets, sprite palletes, and other tables are automatically relocated (when paired with override scripts, that is...).

EDIT:
It's weird: I've experimented a little with room EA and found out, that in the GBA version the Bullet Bill Shooters (I've tested it with all of them) on platforms (Sprites 089 and 08A) only appear under certain conditions. If one is standing on the right edge of a platform, it only appears, if you come from the left. If one is in the middle it always appears, and if one is on the left edge, it only appears, in case you are coming from the right. I've also tested it with the line-guided green platforms. They always seem to appear on them. That's really weird, since the other sprite, which can stand there, the Egg/Cactus-spitting flower (Sprite 0F4) always appears, no matter on what edge they stand.


Also, other things about the auto-scrolls:
6-8, Secret 4 and Secret 6 all use GBA sprite 1D4, which is auto-scroll Type-A.
BUT, obviously, it is able to activate three different auto-scrolling types, which are at least Type-M and Type-N.
The sprite 1D4 itself is not dependant of any X/Y coordinates in its levels, since in two levels it's the same.
I found out, that the sprite is also not dependant of the translevel number, but on the room number instead.
If 1D4 is placed in another room than 6B or EA, then it will behave like it does in Secret 6.
Nintendo tweaked it twice for EA, since there the sprite activates a scroll differently from the one in Secret 6 plus in Secret 4 free vertical scrolling is inactive. In 6B and Secret 6 free vertical scrolling is active, but can't be used, since both are horizontal rooms.
With a few tweaks, it also might be possible to fully make this sprite X/Y dependant, so it activates Type-A, Type-L, Type-M or Type-N depending on the coordinates.
Furthermore, there's an unused special ending command FC for auto-scrolls, which works like FF. It might be possible to edit FC.

The SNES version also has an unused auto-scroll IIRC, since there's twelve pointer as far as I know.

I'll check now, whether the special commands other than FF and FE can also be used in the SNES version.NEW! SMW2 Yoshi's Island is done!
Last update: 2012-12-31

I found that Nintendo didn't remove some items that couldn't be seen,
like the wooden platform at the end of the second part of 1-4,
just below the egg spawner -the one under the flower pot with key can be seen.Working on Super Mario World 2 - Yoshis Island Boss Rush
Other projects on hold.

Is it me or is the Japanese GBA title screen so much better? 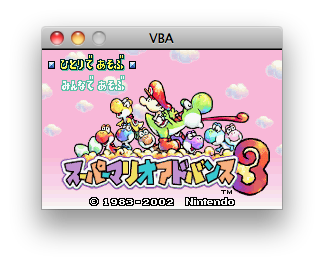 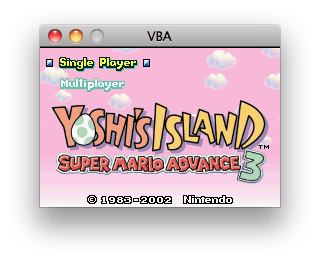 Posted on 2011-09-02 12:17:38 AMLink
It really is!
The only thing for the translation is replacing that Japanese below the image with the "Yoshi's Island SMA". But isn't it like this with most games, that the Japanese version is kind of... better or has different/more features?
Also, will you also add support for simple custom objects in your editor?
Last edited on 2011-09-02 12:20:00 AM by Yoshis Fan 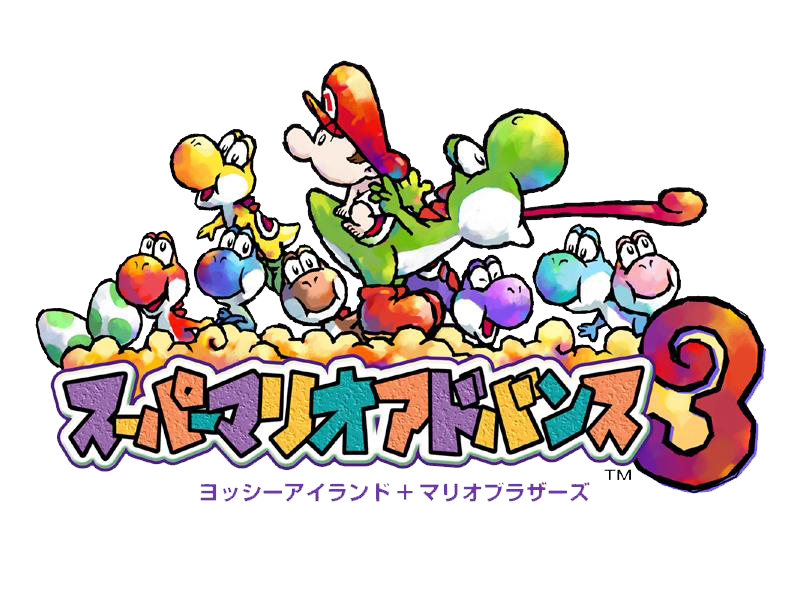 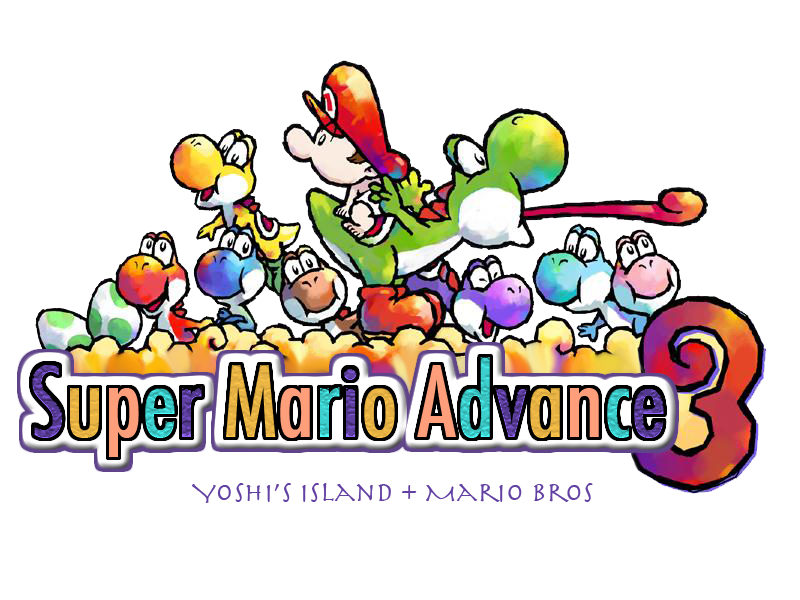 And yes there will be custom objects and sprites.Working on Super Mario World 2 - Yoshis Island Boss Rush
Other projects on hold.

Oh, wow. Reminds me of the title screen for SMA1, sort of. I guess they probably changed it because they felt like including the original game's title on the English releases of SMA2-4? (From a random search I just did, it seems SMA2 and SMA4 have similarly more interesting Japanese title screens. Though those two just reused the game's box art.)

Not sure if I'd like to use this image for my hack personally, though.