Posted on 2010-05-23 03:22:40 AMLink
#3 Because I see other people with 3 so +1 vote in my counts. I liked it because what's happening at the screen. Many things such as Mario with Yoshi (Yoshi Sacrifice), Luigi and the P-switch (Puzzles), and that shiny moony moon (Extremely Kazio areas to get the moon).News:
1: FOUR YEARS WITH SMWC! THANK YOU SO MUCH GUYS!
2: Jubeat Saucer is coming! It's a great game in the series
SMW:
- Super Mega Mario World. Current level in progress: World 3 LVL 5
- STILL Doing a Let's Play on Facebook
SMK: Getting started. No data available
DDR: Files and installer are Here. Link to blog is HERE. Pack 8: The SMASHING PACK. PM me if you want to put recommended Super Smash Brothers Brawl songs so I could put into my list (NOTE: 1 character per song (I only have Mario, Marth and Yoshi done) so I have like over 30 more songs to go). Next song: A song from Snake 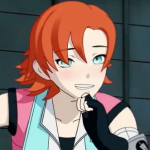 Last seen: 9 months and 9 days ago

Last seen: 23 minutes and 18 seconds ago

The text in #4 really fit the SMW theme, but the graphics in #3, are simply amazing. I'd have to go with #3. Sorry WYE. sorry to you too SMLink

It's incredible...Fawful says farewell to all your fink-rat faces forever!

Posted on 2010-05-23 04:29:02 AMLink
First, i would like to know what would happen to the title screen that takes second place, cuz Counterfeit's looked like it took a while to create and it would be such a waste of time and effort if it wasn't used for anything else if it doesn't win. I'll vote, but after im aware of what will happen.

I tend to lurk around this place.

I doubt if the title screen could be the entry 3 or 4. Both are good.
I don't know if this decission is correct, but i decided to vote for the entry number 3.

Last seen: 7 months and 2 days ago

If WYE's wins, Counterfeit's would be used as a credits shot.

If Coutnerfeit's wins .. well, it's a bit harder to incorporate WYE's into one, but we could work with it and put it in the end as well. The reason I am only mentioning these two is because they are the only two with votes so far.