So, imagine you would get two choises, the first choise would be to die in exaclty one week, however, durring that week everything would be just like you want, everyone would do whathver they can to help you and no one would denie you a favor or do anything that could hurt you. The second choise is to die in exactly 100 years, however, durring that time, things wouldn't be verry nice, no one would respect you, all your friends would leave you and you would fail at everything you try.

Posted on 2010-09-13 01:06:44 AMLink
Definitely the good one. What's the point of dragging out your misery?For gaming news and Wario discussions, check out Gaming Reinvented and Wario Forums respectively.

No one will choose the shitty life.

Posted on 2010-09-13 01:23:23 AMLink
I choose neither. Both suck balls.
I see you looking at my sig. You're just jealous.
Watch my LPs and whatever else I do!
Currently LPing: Megaman Zero ; The Legend of Zelda: The Minish Cap

Posted on 2010-09-13 01:40:13 AMLink
Originally posted by BloodyToothBrush
This is a dumb question.
You are asking, live a wonderful wonderful short life where everyone loves you, or a very very long miserable one where everyone hates you.

No one will choose the shitty life.

I think you should rephrase the question and instead ask : Would you rather live a wonderful awesome life but die in one week, or live out the rest of your life the way it was going to happen.

How can you know what the other people are going to say beafore they do it? Just because you say that and you are convinced it's the better choise it doesn't means everyone would say the same as you. The good life also has it's downpart because it doesn't lasts long, imagine how you would feel durring the lasts days knowing everything will be over soon, specialy if everything is so wonderfull.

I can't rephrase the question since I can't edit my post, so it's gonna stay that way. I wouldn't rephrase it anyway, because living the life the way it was goind to happen is something different for everyone.

Semi-offtopic: I wrote "Good life or short life" I actualy meant "good life or long life". I would correct it but I can't edit my post.

Posted on 2010-09-13 04:49:55 AMLink
I Wouldn't wanna die in a week, and with the other option, I'd prolly end up commiting suicide in a week, both of these are sorta kinda bad choices. If I gotta pick one, well no shit I'd live the good life for a week.

Posted on 2010-09-13 05:50:15 AMLink
Assuming everyone hates me because I acted like a douche and brought it on myself and whatnot, I'd be fine with living long and being hated.

After all, conflict > companionship. As I've stated far too many times.

Bad is in quotes because it sounds just like my current life except with a couple dozen years of added living.
Random stuff

Posted on 2010-09-13 03:56:58 PMLink
Originally posted by thread title
Good life or short life?
shouldn't that be "good/short life or bad/long life" ? because a short life doesn't mean it will be good/bad, and a good life could be short or long.

anyway, i prefer a shorter and happier life then a long and bad one. 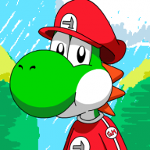 Posted on 2010-09-13 06:00:20 PMLink
I choose neither. As someone said.
I don't want to die in just a week, and I don't want a very long life where everything that I do is just a fail. Although I wouldn't care if everyone hates me for some unknown reason.
I just prefer my own life nowdays.

Posted on 2010-09-13 06:14:31 PMLink
If choosing a short life would mean i'd be able to get literally anything I wanted, I might be tempted. But unfortunately I don't think I could fit in everything I want into just a week though.

To be honest I think i'd choose a long life, even if it's miserable at times. There's always a way to improve things for yourself, life can't be permanantly bad.

Posted on 2010-09-13 07:28:40 PMLink
My life is already shitty, so picking the long miserable life wouldn't really make much of a difference. I'm fine with being hated, and actually quite used to it, and the thought of being alive to have those feelings is enough to keep me going.

Posted on 2010-09-13 07:41:48 PMLink
Personally I don't have an answer. Questions like these are made just so people can throw decisions around in their mind because of the horrible costs that come with both and which you'd rather have.

Really, I'd love to have everything perfectly how I want it. It would be amazing to finally live and have every little detail of my life the way I would like it. The problem is, I'd get one week. And it'd feel so much shorter because of the enjoyment I'd have. While it would be the perfect life, it won't last very long and probably won't be worth it.

On the other hand, there's the long life. Sure, I get 100 years to live. Awesome. But having to live in pain and despair for 100 long years, being hated by everyone and everything? I'm not interested.

...Actually, I'd probably take the shorter life. Just as long as I get to know what death has in store.


But under the condition where we could refuse either offer, I'd go with it. I love my life the way it is right now.

So yeah, definetly the good-life cut short, because life is not meant to be lived in suffering.

Pain is inevitable, suffering is optional.

Short and pleasant for sure, I'm not afraid of dying. However, I wouldn't be able to have much of a legacy either way, so I'd rather just live life out as normal. I'm not afraid of dying, but I want to accomplish something first, and you can't do that in one week or if you have no friends and nobody respects you. Besides, I don't think that I'd be able to accomplish what I want in life in one week, so I just want to live my life as it is. Also, it would be nice if I died suddenly, I may not be afraid of dying now, but I can't say that I wouldn't be if I was lying in a hospital bed terminally ill.

Posted on 2010-09-15 12:48:29 PMLink
Short and good life is definitely the way to go. I don't see the point in a long and miserable life. If you're not going to enjoy it, why bother? Also, even though you wouldn't live long, you're enjoying every bit of it, then when you're dead, you're dead. You're not going to be thinking "oh man i wish i could still be alive" because you're dead; you can't think at all.

Though I'd probably like to go with a normal life over both of the options.May we meet again outside the battlefield.

Posted on 2010-09-15 02:48:28 PMLink
A long life that's not good? Everyone always has a good point in their life and you can pick what to do to pass time like going somewhere you never been before.

If I had to pick between the two, it will be long life (just my opinion).