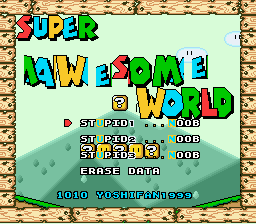 Oh, looks like we've got a three-fer already!
1: In the title, the word "Awesome" is massively "cut-off". Points for creativity though.
2: Calling people "stupid noobs" in the beginning of a hack is an effective way to stop them from playing it. Also, your letter colors for "U" in stupid and "N" in noob need work.
3: Just a guess, but I'm assuming the "1010" near the bottom was supposed to be "2010". 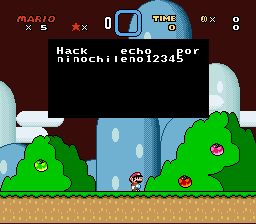 I'm not really smart in Spanish, but I assume that you made this hack for someone named "ninochileno12345". That's fine; just wanted to make sure that there were no mistakes. 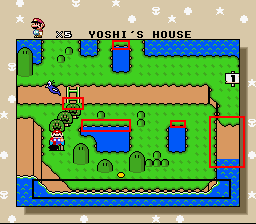 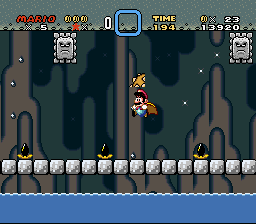 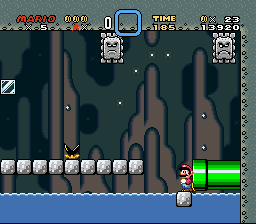 Cement block cuts through the surface of the water. 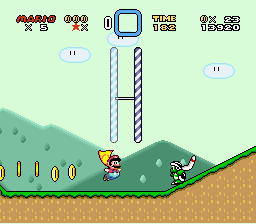 Three things in this picture.
1: Due to the amount of sprites, massive slowdown appears.
2: Getting launched out of the pipe sends me sprinting toward an enemy, which is a cheap hit.
3: Doesn't matter much, but the midpoint animation is screwed up on the bottom right corner. 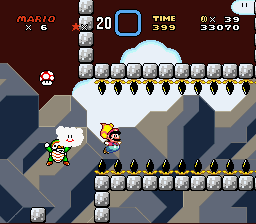 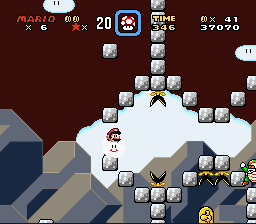 Also, I just realized that if you ditch the cloud for any stupid reason, you're forced to die since there's no restart. 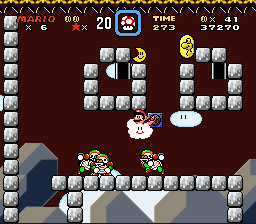 I know you guys think the awesome face is cool and all, but why put it in when it hurts your chances of getting accepted? The bullet bill columns are "cut-off" and memes are usually looked down upon here. Also, easy-to-get 3-up moon. 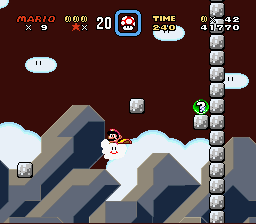 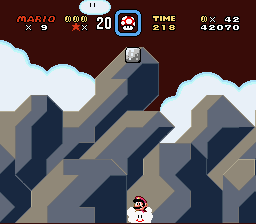 Walking on ground you can't see is a no. 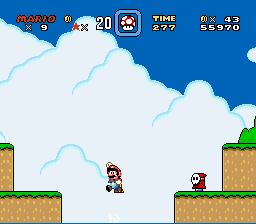 No one is going to expect there to be water under this Yoshi Coin, which is a bit of a dick move. 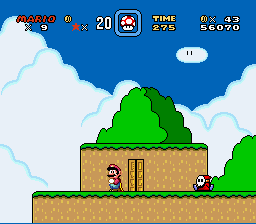 ..Something looks wrong with the door. 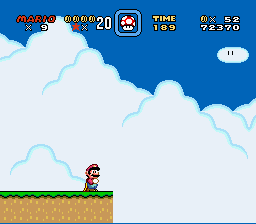 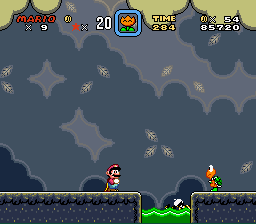 When a sprite falls into this seemingly-harmless-water that-actually-kills-you, glitched graphics appear. 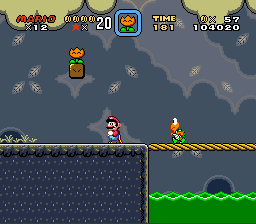 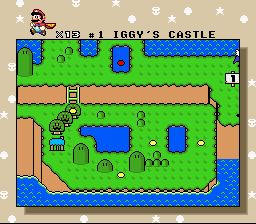 Don't know if you know about this, but Iggy's Castle doesn't appear. Also, I'm assuming that Awesome Island 5 doesn't have a secret exit; if that's the case, then please switch the red level dot with a yellow one. 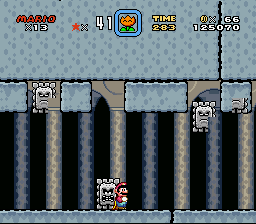 Sprite tile memory limitations; looks like one of the Thwomps got part of their face chipped off. 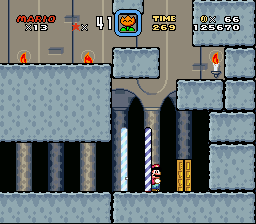 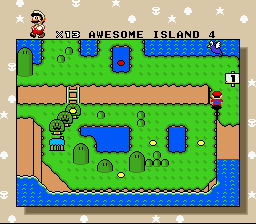 This hack needs A LOT of work still. It's unacceptable in its current condition due to several errors throughout the game. The main problems are glitched graphics (which are an immediate removal reason), the level entrance fail in "Awesome Island 2", and the massive overworld path glitch at the end. Then after that, the graphic problems should be fixed next. I see some cool level design concepts here and there, but it's being drowned in the problematic mess around your hack. Once you fix the problems, feel free to submit your hack again to go through moderation.