Posted on 2019-04-12 10:12:31 AMLink
Since I'm apparently unable to make screenshots using my keyboard while playing, I've added some screenshots from within LM. These are some of the levels I've completed so far, about 13 levels into my 24 level hack. The screenshots are not in any particular order. 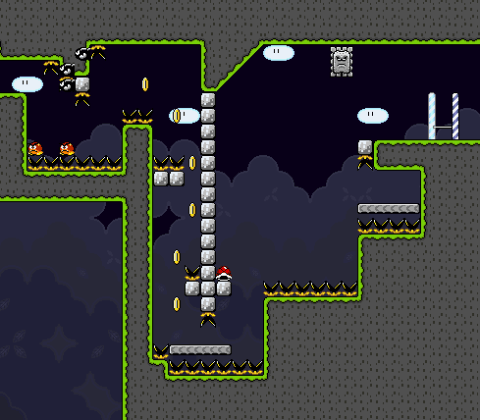 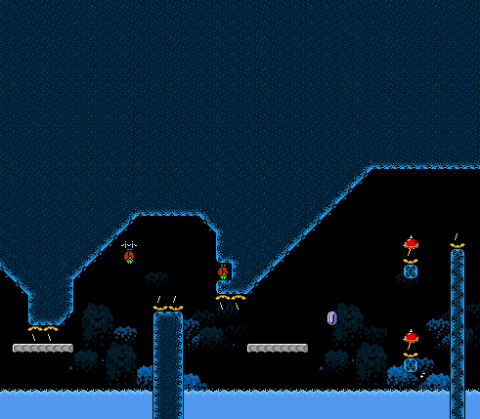 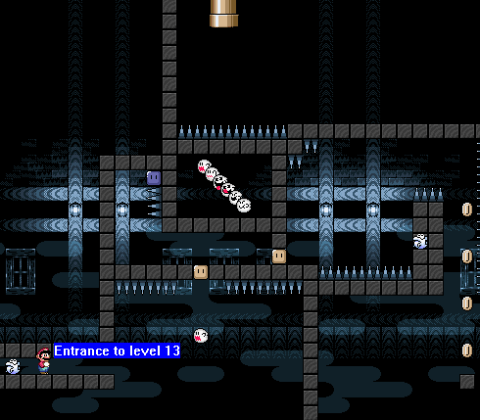 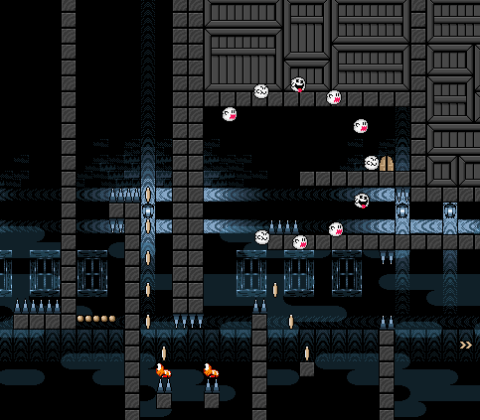 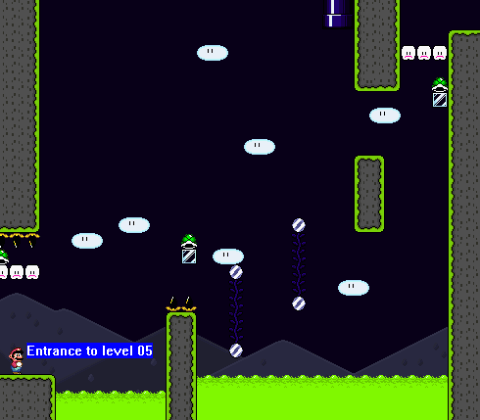 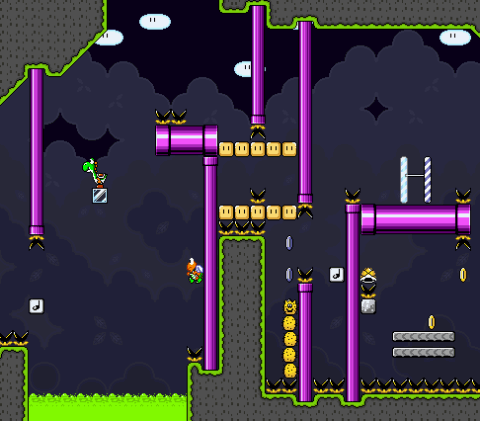 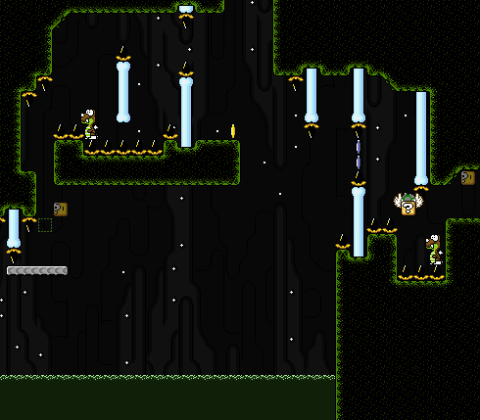 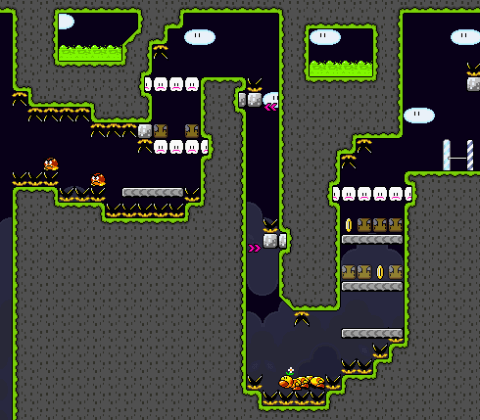 Posted on 2019-04-18 04:22:11 PMLink
Usually when showing off kaizo levels, it's easier to upload a clean run w/ savestates (or a clean run after however long it takes to do one lol), I'm watching your video and so far it's just the same part over and over again.
I'm not sure I really understand why the yoshi jump is in there. It doesn't seem particularly hard, so unless there's some way to make it a challenge it just kind of seems like padding. I would also suggest giving some clear visual clue to differentiate the grey platforms that fall down and the ones that go up. While based on their placement it's pretty clear what direction they're going, if a player thinks the one above the munchers is going to go up, they might act more carelessly then they would otherwise.
The second level was really neat! I would change up that pipe palette lol, but the level itself was cool. I like short levels more than long ones, and it lets you use more ideas without having to stretch them out too far. Nice I've decided to stop lying to myself and admit I'm making a kaizo level. Which is good, because it means I can make it harder!

I want to remove spin jumping to make it way more of a challenge to dodge the fuzzies (the other option being introducing fuzzies you cant spin jump on), but I'm definitely going to have to refine the spot in gif 2 because right now it's damn near impossible lol

Also for those that are interested, this level utilizes LM 3's stacking level function, although probably not in the way it was intended to be used lol. It's really nice though, because getting to stack sprites straight up guarantees they spawn the exact same way every timeumm... can i help you!?

Looks like a pretty neat use of the Fuzzies so far! Though, I'd recommend that if you haven't already, you disable L/R scrolling, otherwise parts of this level will probably be a little easy to break.
Professional frame-by-frame time wizard. YouTube - Twitter - SMW Glitch List - SMW Randomizer

@Hobz, I agree with Thomas, your combination of twisted setups is really interesting.I have a Discord server as well!
-----
Basically, I believe in peace and bashing two bricks together.

Posted on 2019-06-30 11:27:14 PMLink
I assume that's a custom block that kills you if certain sprites touch it? I'm jelly. I'm digging how you combine a shitload of gimmicks with yoshi, but make sure you don't accidentally leave parts that could possibly be easy to skip! 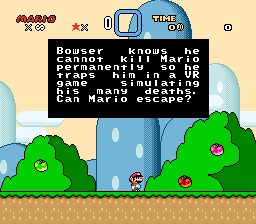 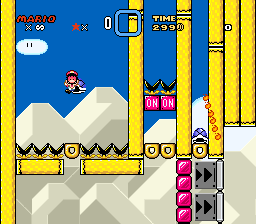 Inspired by the SMM2 level "Donuts and Deathsticks" 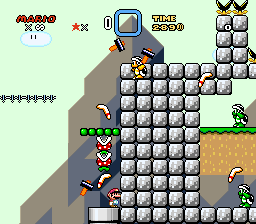 Posted on 2020-06-09 03:25:06 AMLink
A little bit of nostalgiaLegacy custom music
A site where you can be able to hit that dislike where your dislike will be visible to other people and not have to rely on a browser extension as well as actually watch my SMW hacking content

Last seen: 1 year and 6 months ago

Posted on 2020-07-15 03:50:51 PMLink
Working on my first levels ever in lunar magic, really hoping to make a full romhack with fun levels that are not to hard

Cave level with swooper jumps (its brighter in game):

A tight vertical up level: 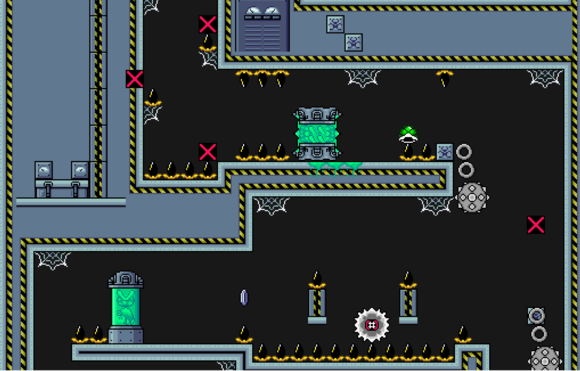 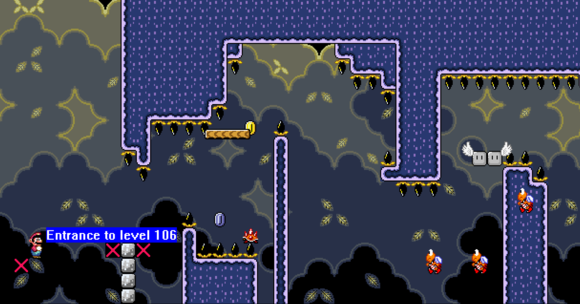 Casual platformer, nothing to fancy: 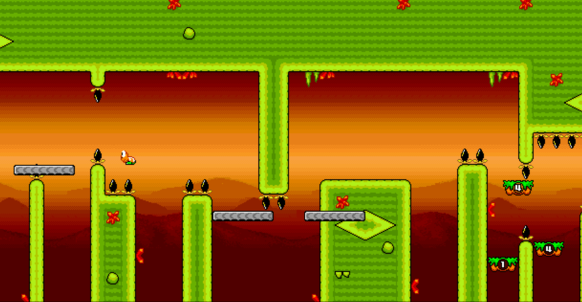 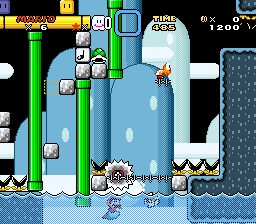 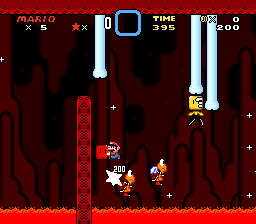 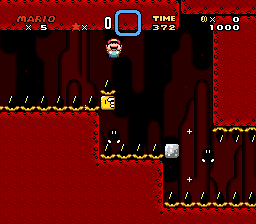 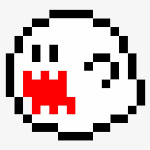 Yet Another Touhou Fanatic

Looking forward to any feedback

Posted on 2022-03-22 01:01:49 AMLink
SMW Bowser battle but Mario can't jump.Legacy custom music
A site where you can be able to hit that dislike where your dislike will be visible to other people and not have to rely on a browser extension as well as actually watch my SMW hacking content