My apology to smw central

Posted on 2010-11-03 01:49:21 AMLink
I should have not made that video about you guys talking about your a bunch of losers and all the other bs that i also said in the video.
but at the time that i made the video some random dude posted a comment on my youtube page stating that i was very popular on this site !
and i did however took it the wrong way.
put yourself in my shoes if someone told you that a bunch of people on another website was talking shit about you and then you decided to do a google search and found out , you can't tell me that you wouldn't be upset about it i know you would !!

but when i first started this website in 08 i made a little comment stating that i was the greatest hacker ever , i also quoted that i was joking too

also that thread you made about me was hilarious too lol


so im hoping that you guys can accept my apology !!

btw i beat a few hacks posted on this site !!!

Posted on 2010-11-03 01:53:05 AMLink
*hugs BIGDADDYJOHNSON27*“The moment you declare a set of ideas to be immune from criticism, satire, derision, or contempt, freedom of thought becomes impossible.” - Salman Rushdie 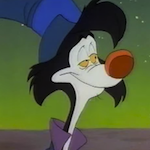 What twisted dimension have I just entered?!

Posted on 2010-11-03 01:56:41 AMLink
I wish we had more users like BIGDADDYJOHNSON27; users that are man enough to apologize, and users that are even able to realize the own faults of their previous actions.

Posted on 2010-11-03 01:58:03 AMLink
Missed your video, so I was never personally insulted by you. No worries, BIGDADDYJOHNSON27, I'm sure you'll become a fine member of this community in time.

This is the first time I've seen someone use their first post as an apology to the site, though.Follow me on Hermitscape for random bits of game design talk and pixel art, or even request something for me to draw.
Latest Post: Wayra Devpost #2: "A Little New"

Posted on 2010-11-03 02:03:41 AMLink
BIGDADDYJOHNSON27, the video you made was kind of harsh (despite being directed at the wrong site) but at least you are owning up to your mistake. Whether you are sincere or not remains unknown, but it is still pretty cool of you.
also dimentio, some dudes dad apologized for his first postumm... can i help you!?
Last edited on 2010-11-03 02:23:42 AM by Hobz

banned due to democracy

Originally posted by Daboys121
I wish we had more users like BIGDADDYJOHNSON27; users that are man enough to apologize, and users that are even able to realize the own faults of their previous actions.
I agree with this statement.
Layout by Mirann <3

banned due to democracy

Hold me, BIGDADDY. Hold me and never let go.