The Fortress of Seclusion Tavern

I mean, holy shit where is time going

Posted on 2011-09-01 01:28:04 AMLink
So in one year, only arround 80 people found this place (of which probably no more than 15 check it regularly) and it's been dead for most of the time with several small gaps of activity. 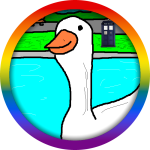 Hi FoS People, what's going on in the Tavern? I couldn't find a topic that was going on in here. So I'll just say hi.


Originally posted by S.N.N.
Has this place seriously already been around for over a year?
WHAT! I only found this the other day.

Posted on 2011-10-24 09:38:08 PMLink
Hell no, no userbar. It'll make people think that this place exists.“The moment you declare a set of ideas to be immune from criticism, satire, derision, or contempt, freedom of thought becomes impossible.” - Salman Rushdie

The entire point of this forum is it remaining secret.

Posted on 2011-10-26 12:42:33 AMLink
Just because we make a userbar it doesn't mean the forum would stop being secret, there are many ways of making a userbar for this place without reavealing the name. For example, we could play with the FOS acronim as Forty2 did when he suggested a badge for the forum:

I don't see why we couldn't have a userbar with this image that would say "Frozen Orange Slices".

Considering, we had a userbar that just said FOS MEMBER on the old one. When I first registered, I did not know what the hell that meant, so I don't see how people could tell from that.

As long as we don't reveal the name of the forum, the forum ID, or link the bar, we'll be OK.


MEMBERS WHO DON'T WANT A USERBAR
Alcaro
The Secret Exit

The majority of people want one, so I'll make one.

Posted on 2011-10-28 11:10:13 PMLink
This is a terrible idea. I swear, if I see someone with this in their layout, imma rage. Besides, FOS Member is still too obvious. An acronym or random saying/phrase would be best.“The moment you declare a set of ideas to be immune from criticism, satire, derision, or contempt, freedom of thought becomes impossible.” - Salman Rushdie

Posted on 2011-10-29 03:08:47 AMLink
I agree with FUGG, that userbar is too obvious. Just because I said we could have a userbar it doesn't mean I'm on the same side as Zero-X or MaZ18; in fact, if we're going to have a userbar it should be a more encovered one, hence why I suggested the Frozen Orange Slices thing.

Its too obvious in my opinion, we have to think up some compliment like "freshness of salad"

and not give it out all at once maybe, just groups at a time. Starting with those who found it first would be far I suppose

Posted on 2011-12-16 05:02:27 AMLink
I didn't mean we should make it -this- obvious though. I said Freshness of Salad didn't really give anything away.
Perhaps what I said in that post was even dumb, but no reason to make judgments I guess.

Frozen orange slices for the win, in this case.