Two factors usually decide when (or if) a change is made to a tool/patch/sprite/whatever.
The first is how hard it is to code.
The second is how useful it is.
In this case, #1 sounds very low. It might not be the highest #2 ever, but I belive the ratio is high enough for this to be included.<blm> zsnes users are the flatearthers of emulation

Posted on 2011-09-25 06:35:46 AMLink
Ayosuf, I've got a small suggestion for LM 1.91 or whatever next version you do. Make it so that the page numbers in the 16x16 editor also follow the same transparent text and outlines option in the view menu. It's great to be able to see the page number in the editor just like in the main editor but without the transparency you have to turn it off any time you want to work around a page edge.

Posted on 2011-09-25 06:41:24 AMLink
I agree with FirePhoenix. I'm rather enjoying the new 16x16 editor (as well as the translucent text), but having it in that window would also be incredibly useful.

Really liking these other little features as well. The "Add Offset to Background Tiles" one is going to be particularly handy I reckon.

Posted on 2011-09-25 06:51:11 AMLink
FourSword4 brought up the Luigi position being independent from Mario's position now and speculated that we may see co-op hacks arise where Mario and Luigi start from different areas of the game and play different levels to complete a goal. That sounds promising.

I really like the other additions too. Especially the option to disable path fade effects made my jaws drop, I'm sure I'll use it on my hack.

I've been waiting for the new Map16 editor a long time ago, so it's time to get back to work again!

Thanks again for the awesome release, FuSoYa.

Posted on 2011-09-25 09:06:56 AMLink
Well, to be honest, I actually did like the old Map16editor, but I guess the new version will do just as good. Also, I like the overword features the most. Thanks FuSoYa! You're amazing!
Edit: I do have a question: How do I even edit the overworld Layer 1 16x16 tiles?
Also, will the next version of Lunar Magic have the technique used on the OW, when, just in case Mario beats the level, the path reveals, while the previously unlocked path removes itself and can only be revealed aain, by finding the secret exit(normal exit, depends on the way it's used)?
Edit2: Never mind. I figued it out.
Off-topic question: Only colors 0-7 from palettes 0-7 can be used for revealing tiles, am I correct?
Last edited on 2011-09-25 09:21:16 AM by Rykon-V73

Posted on 2011-09-25 09:26:07 AMLink
Hell yes I've been waiting for this. The new Map16 editor will help a lot with fixing the mess I've made of my hack's Map16 data.My YouTube channel
Get the official ASMT resource pack here!

Posted on 2011-09-25 09:29:22 AMLink
I've been thinking, this new .map16 format (instead of .bin) system will make things a bit more complicated. People will have to use an older version of LM to import an old Map16page.bin file (e.g. from the Graphics section or edit's BG ripper tool) then use 1.90 to export a .map16 file, unless somebody makes a ".bin to .map16" conversion tool (if possible, I don't really know the format of those files). Well, we'll see what will happen.

Originally posted by Hadron
I've been thinking, this new .map16 format (instead of .bin) system will make things a bit more complicated. People will have to use an older version of LM to import an old Map16page.bin file (e.g. from the Graphics section or edit's BG ripper tool) then use 1.90 to export a .map16 file, unless somebody makes a ".bin to .map16" conversion tool (if possible, I don't really know the format of those files). Well, we'll see what will happen.
...why? LM19's readme says it can read .bin files.<blm> zsnes users are the flatearthers of emulation

Oh wow, I totally missed that part. Yeah, I didn't notice that you can open more kind of file types in the "Import Map16 files" window. :p Disregard my post, then. 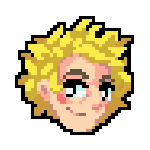 Posted on 2011-09-25 10:15:52 AMLink
With all these new features, I really have the urge to get back into hacking! Damn iMac limitations!Creator of:
Super Mario: Buried Treasure
The Haunt
Jigsaw's Test

Posted on 2011-09-25 10:24:28 AMLink
I love every new feature!! Using so much colors in the overworld is so awesome! I'm pretty sure some graphic ripper here are really happy now. The biggest change, Map16Editor, is even more awesome! You can zoom, scroll, change properities in a second... pretty awesome!

Really I think this tool can't get better...except for ONE little thing:
A Zoom Function for Level and Overworld (x2, x4). But that's like so "unimportant"(for "hacking" itself) it doesn't matter^^

Posted on 2011-09-25 10:50:02 AMLink
It's great to see a new update, especially with the Map16 editor which is pretty awesome. I was hoping multiple palette selecting would have made it in this version since that's the feature I was anticipating the most but eh, doesn't really matter too much. Two things bug me though. You added undo and redo buttons for the Map16 editor but it would be nice if you could add shortcut keys for them. I'd rather Ctrl+Z/Ctrl+Y than press those buttons. Also, using the scroll bar is sort of irritating for me. I still prefer the old method of using page up/down to switch between pages but maybe I'm just so much used to it.


Quote
With all these new features, I really have the urge to get back into hacking! Damn iMac limitations!
I hope you do, would be cool to see what you could do with the new LM editor.
Last edited on 2011-09-25 10:53:16 AM by Iceguy

Posted on 2011-09-25 03:34:40 PMLink
I think we can all agree that the new Map16 editor is definitely better. Really, all of the new features are useful; a few of them are a little bit more niche than others, but even certain ones that you or I personally wouldn't use could come in real handy for somebody else. I am very glad he added the feature to copy entire palette rows, the text sprite tooltips will be nice for dynamic sprites, we don't have to worry about running out of pipes or stars ever again, sample levels will be a lot easier to work with because of the Direct Map16 remapping...now if I could just figure out how to get it to work with Header Magic. In any case, thanks to FuSoYa for making (and continuously expanding and updating) such a great program!