I want to write it down.
Already exists. Close the super gfx bypass, hit shift-f4 in the main LM window, and reopen the bypass dialog.<blm> zsnes users are the flatearthers of emulation

Perhaps. If the options menu gets much more cluttered though, will have to start putting them all into a dialog.


Zoom and undo are low priority things that I don't plan to look at until some other tasks are out of the way first.

Posted on 2011-03-07 02:11:53 AMLink
Has anyone mentioned setting a default custom palette? That could be useful. At least, I know it would be for me...I'm changing almost every color in SMW's default palette to something else, but most of them will be the same in every level. It would be nice to have a "default" custom palette, or even a few of them...or something like that. I'm just thinking of something that would repoint the palette of every level to the same data, and then individual color rows could be changed later.

Edit: Actually, the same could be achieved by simply adding a hack to make the game use all colors of all palettes instead of some of them being hardcoded. Then you could just import a global .pal file.

On that note, though, doesn't Lunar Magic (and SMW) compress even Layer 2 backgrounds in stripe image format? Why not have an option for compressing backgrounds in LC_LZ2 or LZ3 format like ExGFX are? That would save some ROM space, at the expense of level loading speed.

Posted on 2011-03-11 06:48:14 AMLink
Hrm, gonna have to ask for support of unheadered ROMs. I'm using an older version of BSNES right now that can load it without me having to remove the header every time, but if I ever upgrade, it'd be a huge inconvenience.

Originally posted by imamelia
On that note, though, doesn't Lunar Magic (and SMW) compress even Layer 2 backgrounds in stripe image format?
False. It uses some RLE compression on the DM16 numbers. If it was stripe, why would it require everything to be in the same map16 page (or bank in LM17+)?
I doubt LC_LZ2ing it would gain much. They're 1024 bytes uncompressed, and LC_RLE1 already takes off a bit. Sounds like a waste of time to me.


Originally posted by Kaijyuu
words about headers
Originally posted by me somewhere else
Supporting headered SMC: Everyone already does this (except bsnes). Either way, good idea.
Supporting headerless SFC: Good idea.
Supporting headered SFC and headerless SMC: I don't like that. It'll make it harder to figure out if a ROM is headered or not. However, automatically converting them to one of the others (like LM already does) is a good idea.
Another option is applying this patch to the bsnes source code, but somehow I doubt that's a good long-term solution.<blm> zsnes users are the flatearthers of emulation

-Lunar Magic showing layer 3 in a level that has it? (excluding Layer 3 BG's, of course).
-Andy_k_250's AllFix patch
-Seperate Luigi GFX(Don't know if anyone else wants this, because I always have problems with those patches)

But yeah, I would really like the support of custom Layer 3 BG's in LM, if that would be possible to be done.

Posted on 2011-04-04 09:47:03 PMLink
I would very much like to see Layer 3 ExGFX, ability to use title screen ExGFX, and...this may sound really crazy, but possibly making your own cutscenes that smw used with Layer 3 Text scrolling and stuff, while Mario is moving around. Now I know this can be done with a crazy sprite that you would have to design yourself (not the castle entrance sprite btw)
But what I do now is just place autowalk sprite with a slow speed, then teleport blocks at the end to make it seem like he is walking somewhere... ability to make cutscenes would be nice...but still, that is asking alot(I think)Living life takes forever

I wanna see Lunar Magic encompass almost all of the other tools we have on this site, addmusic, a better graphics editor, custom sprite, Xkas. All that jazz, so to make a hack, all I have to do is fire up Lunar Magic and not fuss about with anything else.

A built in tool for HDMA is what I'd love more than anything though, option to choose how things scroll, or how layers shade. Other than that I'd wanna see a really good built in layer 3 editor with the option to change how the layers moves.

Posted on 2011-04-09 05:47:32 PMLink
Err, don't you think that's asking a lot? xD Fusoya's only one guy, and so long as only he can make changes to LM those things will be done in separate tools. He's not gonna make his own addmusic/etc, nor can he simply integrate other people's code into his program.


IMO it's best to keep tools separate anyway. "All in one" programs are horribly bloated; a tool should focus on one thing. 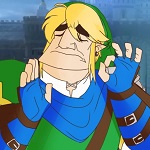 I think that on the OW there could be an exit count. You made a long hack and you can count wrong when counting exits, so you just click on the "exit count" button, it counts exits, red dots as 2 exits and yellow dots as 1 exits, ghost houses and fortresses as 1 exits, and castles as 1 exits. Now you only need to substract levels that doesn't activate any exits, and if ghost houses and others have a secret exit, just add it and you're done with counting your exits of your hack....Huh?

Posted on 2011-04-10 09:26:36 AMLink
Some kind of palette chooser system for map16. Bit like the overworld, except with map16 and multi tile selection. That way, you could select an object or background, and maybe press down on the arrow keys to make it go between the possible foreground/background palettes, without having to duplicate the map16. Why do we need to use two different map16 pages if we want the same background using palette 2 in one level and palette 3 in another?For gaming news and Wario discussions, check out Gaming Reinvented and Wario Forums respectively.

I personally want 121 levels in mine...Your layout has been removed.

Thehoundsquad: Again, Layer 3 = yes. Lunar Magic can edit the text in the credits sequence, but it can't do much else with it...I'm not sure what else would be good to add, though.

MarioFan22: Can't it do that already? I thought it could. If not, then I agree.

cheat-master30: I don't know if that would be possible with the current system of uploading BG data. The overworld uses individual tiles rather than Map16 tiles.

Disarray!: It seems like that *wouldn't* be so hard to do, except for one thing: There are certain tables in SMW that are hardcoded to expect no more than 96 overworld levels ($1EA2 being one example). If we could find a workaround for that (such as making those tables submap-specific and moving them to external RAM on submap change), it could possibly work. But if that were possible, we'd also want to have more than 0x200 total levels.

Also, two things that I have been pushing for have come up again: custom object tooltips and tooltips for the new sprite format that will be used with the new Sprite Tool. People might be at least a little more willing to use things like those if they could see them correctly in Lunar Magic.

Posted on 2011-06-30 05:15:01 AMLink
Can I just mention again how dumb it is that Lunar Magic forces headered ROMs? Yes, I know, "Lunar Magic supports headerless ROMs by adding a header." That is completely missing the point, though. That's like saying "I support gay marriage by allowing gay people to get married in Canada." One idea somebody had was to have it add a header when editing and remove it (if necessary) after it's finished. Really, though, what other SMW hacking tools require the ROM to have a header? The newest Addmusic doesn't, the newest Sprite Tool won't, I don't know about the newest Blocktool (BTSD needs a rehaul anyway), and, of course, emulators don't give a flip and a rip. If it absolutely has to be one or the other, then it seems to be that using unheadered ROMs would be the better option, since the header was not in the original game and does absolutely nothing but complicate things a little more. Paraphrasing from something byuu said, it's basically almost an entire community having to work around something one person did out of stubbornness (or laziness?). Even worse, there is nothing we can do about it, since Lunar Magic isn't open source and there is no alternate tool (yet...). How hard can it be to change all offsets of 0x200 to a constant variable declared at the beginning?

Originally posted by imamelia
Really, though, what other SMW hacking tools require the ROM to have a header? The newest Addmusic doesn't,
Addmusic405's header handler sucks. It shuffles around data in the ROM and will either resize the file (making all other tools think it's headered) or destroy the last 512 bytes of the ROM. I think it's #1, but I'm not sure.
Messing up all fseek() calls is smarter.

Edit: Something also tells me us header haters are outside LM's target audience... some of us just want it to work and doesn't care about headers nor bsnes compatibility, so to not annoy those and make them angrily keep 1.81, FuSoYa would need to either fully support both (which would be a bad idea until all our tools treat headerless ROMs properly) or keep the current method.
Hm. Maybe he could add an option that defaults to False to allow loading headerless ROMs without any problems (like now, a dialog box offering to add one would appear on ROM load if this option is set to False), with a warning saying many third-party tools are incompatible with headerless ROMs?
Calling it stubbornness/laziness/a mistake doesn't seem very smart either... if we want proper support for headerless ROMs, we'll need to beg for it, not demand it. "Strange design choice" sounds more friendly to me.
We'll need to handle this slowly and/or discretly, or we'll stir up a huge uproar like the Addmusic controversy.<blm> zsnes users are the flatearthers of emulation
Last edited on 2011-06-30 12:15:33 PM by Alcaro