Posted on 2014-09-27 07:20:21 PMLink
With all the new layer 3 features, do you think we could have an editor for all of the game's layer 3 tilemaps? I know Terra Stripe could fill this role in the past, but it seems to me that the new update (or something else) has rendered it completely inoperable.

Posted on 2014-09-27 07:58:45 PMLink
Originally posted by Sayuri
Sorry if this has been asked before, but could you possibly add a fix for the classic pirahna plant in LM? It'd be nice to have the fix built in so you can start using the sprite from the get-go.

This would be nice.

I have to say that I am very happy with the new options in the sprits and objects lists. I'm a visually-oriented person and it makes searching long lists much easier and faster.
GANYMEDE

Posted on 2014-09-27 08:38:41 PMLink
Originally posted by MarioFanGamer
I don't have this problem so maybe the problem only appers by a few People (including you).

Are you sure? You have to first set the zoom, close LM and re-open it . It doesn't show up if you just close and re-open the add window.

If it's really just me then I don't even know.

No, nothing is reserved for LM in the expanded area of the ROM. As long as you get there first (and preferably protect it with a RAT), it's yours to keep. Though of course, it's still your responsibility to ensure that you don't just blindly patch over something that gets there before you.


Originally posted by WhiteYoshiEgg
You used to be able to ever-so-slightly drag objects in the level editor, so that they won't move but still activate the save button. Since recently, however (2.30 I presume?), dragging seems to always move an object now matter how little I move the mouse.
It's a feature I made use of, though I'm not at all complaining it's gone - I'm just curious if that was a conscious choice on your end, or even just a problem on mine.


Originally posted by WhiteYoshiEgg
I could just manually repoint the title screen image (which is what I've always done before), but I'm wondering if any conflicts will occur considering LM's new layer 3 capabilities.

Should be fine, the title screen still uses a regular stripe image.

Yes, and also because it didn't really make sense to create a whole alternate dialog for a single drop down box.


Originally posted by Underway
Found something else though. If you have the x2 zoom enabled on the add sprite/add object windows when you start the program, the list on the left is still the size it would be if you didn't have the zoom enabled. If it's really just me then I don't even know.


Originally posted by MolSno
With all the new layer 3 features, do you think we could have an editor for all of the game's layer 3 tilemaps?

There are no current plans for it anyway. If it does happen, it probably won't be anytime soon.


Originally posted by WhiteYoshiEgg
You used to be able to ever-so-slightly drag objects in the level editor, so that they won't move but still activate the save button. Since recently, however (2.30 I presume?), dragging seems to always move an object now matter how little I move the mouse.
It's a feature I made use of, though I'm not at all complaining it's gone - I'm just curious if that was a conscious choice on your end, or even just a problem on mine.
You can still activate the save button by opening any dialog and closing it with OK.Anime statistic on MyAnimeList:
400 animes completed ✓
6000 episodes completed ✓
100 Days completed ✓
... what even am I doing with my life?

Posted on 2014-09-28 07:50:19 AMLink
Originally posted by LadiesMan217
When I place a message box in a level that has no message yet, it gives me the yellow switch palace message and ends the levels. Is this a new thing meant to happen?

More like an old thing that happens in the original game. It means you haven't saved the overworld in LM yet.

It's an annoyance really, but it also pretty much disable the used of the right click to "flip" through levels also, which I use extensively.

Posted on 2014-09-29 08:58:27 AMLink
The mouse gesture/right click issue has already been reported on and will be fixed, thanks. You can hold down shift in the meantime to force the gesture to work.

As for adding sprites to the Custom Collections of Sprites though, it seems to be working fine. Except I should really block the new Auto-Deselect option while someone is in that dialog, or they could lose the selection and end up adding nothing if they play around in the Add Sprites window before finishing...

Posted on 2014-09-29 03:55:55 PMLink
Originally posted by Wuthering
Originally posted by leod
... you'll have to elaborate on that before anyone can make out what you're trying to say.
I believe Crash may be asking for something like, Lunar Magic shipping with ExGFX files that fix the broken graphics of some of the unused sprites in the original ROM, such as the classic fish-stemmed Pirhanna Plant, or the Ceiling Swooper Generator.
That's what i mean.

Posted on 2014-09-29 05:25:10 PMLink
Those files are easily made IIRC there is also a patch to fix the appearance of the classic prianha plant.
All in all, not really worth including.Anime statistic on MyAnimeList:
400 animes completed ✓
6000 episodes completed ✓
100 Days completed ✓
... what even am I doing with my life?


The ExGFX solution isn't perfect as everyone knows. The properties byte that sets the palette is stored to the wrong index in the OAM, not only giving the plant a red stem but potentially messing up another sprite tile. Not sure it should be recommended as a fix, though on the other hand the bug is pretty minor. 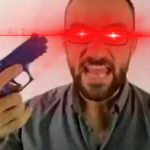 Yes, yes, I know, then all layers would be 2BPP, but it could still be used in cutscenes and certain events.

I'd just bury it under a mountain of tabs and menus.rest in piece, Tyrone :^(

Posted on 2014-09-30 08:01:53 PMLink
might as well enable support for every other mode. it's better off if the end user deals with complex situational stuff like mode changes

Posted on 2014-10-01 07:10:48 PMLink
Can you possibly implement Kipernal's non-Layer 3 plugins, even if your layer 3 thing was entirely coincidental? (I think at least the extended GFX bypass would be useful.)

Also, will custom sprite lists and appearances from earlier versions of LM still work?Kinda in hibernation for a while. I hope to be back in full swing soon.
Last edited on 2014-10-01 07:13:16 PM by Fostelif

Posted on 2014-10-04 02:54:10 AMLink
A minor thing, but would it be worth extending the sprite tileset filter to the custom collections as well? I can imagine the format being something like this:

That would make custom sprite 00 show up in the list if and only if SP4 was set to ExGFX80, A3, or 105. Since 20/30 is for the tooltip and 22/32 is for the tilemap, why not use 24/34 for the tileset? Leaving that part out would act as one would expect, making the sprite show up regardless of what GFX files are loaded. Don't forget what I said earlier about tooltips based on X/Y position as well.