Ask anything about SMW Hacking - 2019 Edition


So there is a sprite killer block makes many sprites puff and vanish when they reach it, but there are also sprites ( e.g. moving rock from castle sprite set) that wont get destroyed.


How can you make it interact with every sprite? or do i have to change something in the sprites itself? 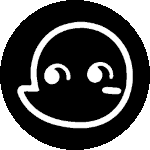 Been a hot minute since you asked so I figured I'd take a stab at it (If you haven't figured it out already).
The "Tweaker byte" for the sprite properties is probably set to: "Don't interact with objects" you'd need to change that. Although the sprite itself probably doesn't have the code to process interactions (JSL $019138?). So you're right in that you need to add that using assembly to your sprite if your killer of choice isn't working (there's a sprite-based killer and a block-based killer, maybe try both?). I'm fairly likely to be wrong though. Haven't been at this for very long obviously! Best of luck!

Hey everyone, I'm a noob and would really appreciate some assistance :p

So I'm attempting to add screen-scrolling pipes into my rom, specifically GreenHammerBro's pipes, with GPS.
I copy pasted the list of blocks into the correct text file in GPS.
I put the SSP_Tiles folder and the FaceYoshi.asm routine in the correct places inside GPS.
I also imported the map16 file to my rom.

What I don't understand is what I must do with the SSPDef folder and the UberasmTool folder. I decided to just bring my SSPDef folder into the GPS folder (and did not use the UberasmTool folder) and I ran GPS and got the message "All Blocks Applied Successfully." However, when I copied the pipe tiles from map16 into my levels, the tiles merely acted as cement blocks rather than pipes as I desire.

Again, I am extremely new to rom hacking and would love some help! I don't know what I may have to do with my UberasmTool folder or if I'm making a stupid mistake in my map 16 or what.

So if you wouldn't mind helping out a complete noob, I ask someone who's a little experienced to help me with my issue. Thanks!My first hack is currently in the works. PM me for details!
------
Mario and the Missing Cap

Bowser is fed up with Mario and realized kidnapping Peach is pointless. He has decided to go after something much much more important ... Mario's cap! Mario must traverse through various lands until he retrieves the most valued possession.

Posted on 2019-07-10 11:18:43 PMLink
I am Making a halfire peak style rom hack for the simpleflips
linear comptition i am a good level disginer but i need some help
with the other tools anyone can assist??

Posted on 2019-07-13 06:50:23 PMLink
Is an unedited overworld or blatant edit of the overworld a removal reasonThis is my non existent layout I plan on adding one soon.. or never

Originally posted by codfish1002
Is an unedited overworld or blatant edit of the overworld a removal reason
Potentially, unless there's a good reason for doing so. Otherwise, it just comes off as lazy, and given how soon you see the overworld, it isn't a good first impression.

However, you don't need to make a fancy overworld if you don't need it. It can be simply a black void with the levels in a grid if something fancier isn't necessary, or if you don't need an overworld at all, you can use this patch to skip it entirely.
Professional frame-by-frame time wizard. YouTube - Twitter - SMW Glitch List - SMW Randomizer

And what if the creator is no longerThis is my non existent layout I plan on adding one soon.. or never


The problem is if you do an up throw while switching directions, Mario will do a jump. If he does that he can regrab the block in air which i dont think is intended for this block.


I cant figure out what part in the asm causes that.


The problem is if you do an up throw while switching directions, Mario will do a jump. If he does that he can regrab the block in air which i dont think is intended for this block.


I cant figure out what part in the asm causes that.

Can't really say I like the code but I also don't know a whole lot of sprite coding yet...
That said, if I had to guess it would be

Can't see why they would've coded it the way they did if that wasn't the intention (up throw reset) although the side effect is probably not intentional. As far as I can tell by reading the code up throw resets it to normal state, turning makes the clipping cover Mario. The %SolidSprite() is then called, which presumably gives you a boost? Didn't test it, but if you can stand on the propellor block then that should be what causes it. Otherwise I have no idea. As for fixing (assuming that's the problem) quite a lot of recoding or a couple frames of timer added to the state switch from carry to normal might fix it.

(Edit) Something like this maybe? : instead of reseting to #$08 pretend we kicked it (#$0A), set timer in sprite table. Then make kicked state not call the %SolidSprite(), and count down the timer, if timer is 0 change to #$08.

Posted on 2019-08-15 09:43:30 AMLink
Took a little tinkering for me to figure it out, and I'm the one who suggested it! :3
Turns out you don't need to keep track of the state if you don't care about riding it while it's bouncing off the ground. Feel free to add a state tracking but this should get you going in the right direction.

(I left some header and footer code for each edit, so you can figure out where the edits go)

Alternatively, should I create an original hack that uses the GFX?

Last seen: 38 minutes and 57 seconds ago

Posted on 2019-08-20 02:57:15 PMLink
Originally posted by TickTockClock
I have a question regarding hack submissions; namely, joke hacks.

Alternatively, should I create an original hack that uses the GFX?

If that's all that's changed then submit it as GFX not a hack unless you go and make an original hack.

Posted on 2019-08-24 09:53:36 PMLink
hey, i was editing the bowser fight and i cant figure out how to make the reappearing ghost generator work without glitched graphics. is it possible to do?

So im using an HDMA gradient in one of my levels, whenever mario dies and respawns (fast retry) you can see the gradient during the black screen. There is a patch to make that not happen

However, I cant use this patch as it goes global for every level causing problems with some uberasm (and also overworld color glitches when you trigger the earthquake event)

Is there a way to use this patch as uberasm so I can run the HDMA and the fix in library together?