Then I got married to Lucas but then he left me and took my kids ;(

I promised myself that I would never love again.

Posted on 2011-07-07 04:21:16 PMLink
Originally posted by Ultimaximus
whats her name how old is she???share it here
Yeah, people can actually be charged for revealing personal information of others on the internet without permission. It is against the law.

Anyways, yeah, I have a girlfriend for about a month or so (I was friends with this girl before but not having a relationship like last month when I started dating).

I was with Lucas for about 5 seconds, though, but then he dumped me.

(note: not true, I was just copying the above 4 posters in this thread) 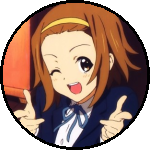 Also, not at the moment, but I had one a few years ago. She didn't really agree with the idea of "Internet forums" though, and .. welp.

Posted on 2011-07-07 04:49:46 PMLink
I had my first "real" girlfriend for roughly 3 years but she broke up like over a year ago. I actually was deep in love with this girl, even after she had broken up but things settled down 4 or 5 months ago.

In the middle or end of May this year, though, I got to know a very cute girl and I chat with her almost every day since. I also met her several times and I want her. I really want her. She's currently about to break up with her boyfriend because he's an ass to her and she told me she doesn't really love him anymore so I guess chances are not to bad for me! <333I play different games on Twitch, currently I speedrun Pokemon Gold or play some other shit, can also include SMW hacks. Check out my twitch!

Also, I haven't had a girlfriend, unfortunately, however there is this one girl who I am good friends with though who I really like though I doubt she'd ever want to be in a relationship with me. I actually asked her out a while back and she said yes at first but then she took it back because she was stressed by stuff and didn't want to be in a relationship. She said she's going to start dating again soon so I almost want to ask her out again but I have a feeling that will be a horrible idea so whatever.

Posted on 2011-07-07 05:02:01 PMLink
No. I have no interest in getting one right now too, as I have many manly and important things on my mind like beating Ninja Gaiden II. I guess I had one about six years ago, but that hardly counts as a serious relationship. Simply put, bros before hoes man. Garden tools don't make good conversation partners.


Originally posted by me recently
I'd actually like to have a girlfriend - as in, someone to go through life with instead of staying a loner for the rest of my days. She'd need to share my mindset, my way of living and my rather antisocial personality though... in short, she'd have to be a lot like me for the relationship to work, and I highly doubt I'm ever going to meet such a girl. (I'm not exactly making efforts either, so eh.) Although it would be great to have someone to love, I think I can do without love. For now, anyway.

I think this, or just an ironic spinoff of this thread (which was bumped today, btw).

I tel you the truth: this man is more enlightened than anyone else I know.

You humans and your 'relationships' are highly illogical. I suggest you purge yourselves of all needless emotions (infatuation, lust, jealousy), that you might better yourselves.

Now, please excuse me while I live long and have absolutely no friends prosper, bitches.

Posted on 2011-07-07 05:54:22 PMLink
No. I would list the reasons, but I'd probably get banned.“The moment you declare a set of ideas to be immune from criticism, satire, derision, or contempt, freedom of thought becomes impossible.” - Salman Rushdie

In case you don't know, no, I don't have one. I would love to though.

Anyways, I have not had a girlfriend, although I do wish I had one. I just don't want some easy skank who will give me a blow job after a week. I'd rather wait and find a girl that's right for me.

Posted on 2011-07-07 08:21:35 PMLink
Yes, I have a girlfriend. We've been in a relationship for almost 3 years, we have a kid together even. I was extremely lucky with her though. She doesn't get all offended when I talk to people online because she knows just as well as I do that I'm not gonna ever meet them irl, especially other girls from around the country, not that I'd ever "flirt" with online girls. She also likes Donkey Kong Country so that's a plus for me. =DI think a post layout goes here somewhere...