Posted on 2014-05-13 12:40:26 AMLink
I know the original (and the SMAS version) of SMB2 is available, but it is still pretty sad when a person is bashed out of doing something they want to do to a SMW Rom, and switches over to something they probably weren't that excited for since it was "the backup plan" or something.
Why hasn't anybody made ledge grabbing and crawling ASM yet? Posted on 2014-05-13 02:09:35 AMLink
It looks fine but the gradient in the back could be improved. The colours don't transition all that smoothly (especially on that first scan line, you might want to find a better value for it) and there is inconsistency with the scan line heights. I'm not a total fan of YI graphics being juxtaposed against SMW ones, but that's all else I have to say.

Posted on 2014-05-13 02:48:31 AMLink
I'm not persuaded. It still doesn't look that great even if it was ripped straight out of Yoshi's Island. And although I've never played the game, looking at a few screenshots of the level it's taken from, it looks a lot smoother from the original source.

Posted on 2014-05-13 07:54:07 AMLink
Originally posted by S.C.O.R.P.I.O.N.
I know the original (and the SMAS version) of SMB2 is available, but it is still pretty sad when a person is bashed out of doing something they want to do to a SMW Rom, and switches over to something they probably weren't that excited for since it was "the backup plan" or something.

This times a million. Most of what I've seen from your posts, Magiluigi, aren't very short from unnecessary b*tching and attempt of control.

Javier: Remake SMB2 if you want, don't listen to them. Seriously... If you have more interest in remaking SMB2 in SMW instead of making a YI inspired hack, do it.
Last edited on 2014-05-13 07:59:06 AM by KremlingKalamity

Javier: do whatever the heck you want. expect backlash. since youre just remaking stuff, it really isnt necessary that you post progress here; instead you should keep it to yourself and maybe release when finished.

Last seen: 29 minutes and 15 seconds ago

Posted on 2014-05-13 12:12:01 PMLink
Yeah, feel free to release in your filebin or on another site if you wish but I don't think we accept remakes in the hack database anymore. I apologize if I came off as 'too harsh.'Legacy custom music
A site with a non-useless dislike button
SMW hacking channel

Posted on 2014-05-13 02:49:10 PMLink
Just as Javier has a right to remake SMB2 Allstars AND SHOW IT HERE(remake or not), people have a right to express dislike towards the idea. Even if Magi comes off as a prick sometimes, I support the magority of his critiques. At least it gives the author an idea of what audiences are gonna bitch about AFTER the final product is released, which can be useful when the author is STILL in the process of working on it.

And Javier, no offense, but I'm a bit dissappointed in your sudden action to abandon your idea after only one critisizm. This thread is full of Jaded SMW hack connoisseurs(for lack of a better word) and for good reason. Stand your ground a little bit if it's really something you wanna do.My layout has removed you.

Posted on 2014-05-13 05:36:43 PMLink
Nobody denied that he can make that remake actually, people merely said that it will not ever be accepted and that people do not wish to see images of it if all it's going to be is a remake.

Besides, he doesn't have a -right- to post here, he has the -privilege- to do so, which a moderator can easily take away if they see fit, and considering it's been exclusively mosd that told him that it's not necessary to share progress in here...Your layout has been removed.

Posted on 2014-05-14 02:05:05 AMLink
Originally posted by KremlingKalamity
magi is a bitch-ass nigga
Sure ok but I don't see how that relates to Javier cancelling his project. Also what is "attempt of control" even supposed to mean?
If you want to continue this discussion, then just send me a PM, no need to derail the thread.

Anyway, Javier, you didn't really need to straight up cancel your hack just because of its (mostly) negative reception. IMO it was just lacking something new (like what Super Mario Advance did). But if you really feel more comfortable with this new YI-styled hack, then go for it.
Also make sure to make good use of the YI sprites in the sprites section (some of them are buggy but eh).

Posted on 2014-05-14 02:51:07 AMLink
I made an infographic detailing what's wrong in 3 different tilesets while telling the guy how to fix those things like what are you even going on about

E: being tired makes me add words where there aren't any, I legit saw an "instead" in your text. Sorry I'm really damn dumb like wow.
yeah I need to sleep

E2:this discussion has gone for way too long, can we please go back to posting screenshots/videos?

Posted on 2014-05-14 06:24:55 PMLink
Could we get back to posting screenshots and videos? This discussion is going nowhere whatsoever; take that up in PMs if you want.
Javier, you can do anything you want, expect some backlash over the remakes that are being made, however. Feel free to release it in your filebin since we don't accept remakes in the hacks section anymore. 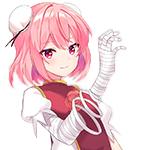 Posted on 2014-05-14 07:54:22 PMLink
Since we really should be getting back to posting pics/vids, have some screenshots from my current hack, Mario's Classic Quest (temporary title, will be changed when I think of something less generic and better).

Posted on 2014-05-14 10:07:41 PMLink
Originally posted by DPhoenix29
*stuff*
Great to see SMB3 styled hacks are still around, even though I like hacks that mix graphics with other games, oh well. The hack looks pretty great though, and I've always loved HUD's like that; I never saw those often back then. Good luck with your hack!

Posted on 2014-05-15 11:32:25 PMLink
Ah yes, SMB3 styled hacks all on the move! I'm especially loving that intro sequence you got for the level there. For the fortress level, I suggest changing every Ball n Chain to the "roto-disc" sprite, just to keep the SMB3 atmosphere to it. That's just my two cents though.
Why hasn't anybody made ledge grabbing and crawling ASM yet? Sixth screenshot is based heavily on the loldead NSMWSNES castle Layer 3 background, and replicated by me.